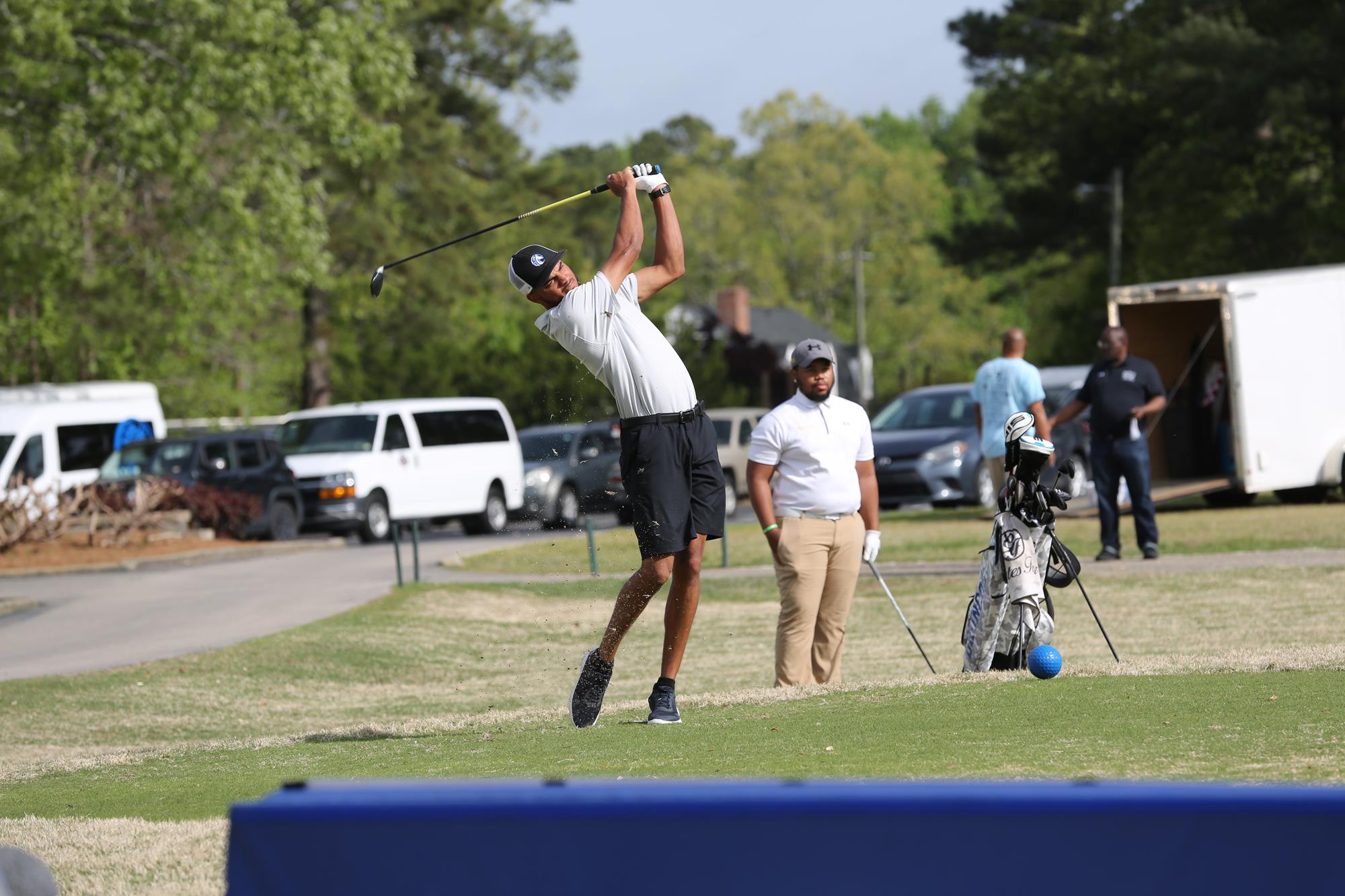 Atlanta, GA – The Fayetteville State University golf team closed out the 2022 Farmers Insurance HBCU DII Invitational with its best performance of the year. The Broncos shot a combined 894 (+42) to capture the championship title over seven other participating institutions. Kentucky State finished second (907, +55) and Miles was third (946, +94).

“I am very proud of the guys for how they competed this week,” said head coach John Cole. “In golf, we don’t get as many opportunities to win as other sports because we compete against 10-15 schools at once each week, so this was special.”

Freshman Caden Hodges (Dunn, NC) set the pace for the Broncos by winning the Low Medalist Award with a 206 scorecard over a total of 45 golfers. He opened the event with a one-over-par, 72 after 18 holes and shot a 67 in the final two rounds.

“Caden Hodges had an incredible week capped off by two bogey-free 67s,” added Coach Cole. “He won the individual title in DII and even had a lower score than all the DI competitors. To not have a blemish on the scorecard for 36 straight holes is impressive.”

The Broncos locked up the top of the leaderboard in the opening round with a 306 card, six strokes ahead of Winston-Salem State. With the second round of 18 holes being held on the same day, FSU improved upon its performance by ten strokes with a 296.

“We had a rough start in round one, but we were able to improve in round two and stretch our lead. After day one (36 holes), our message to the guys was to simply finish the round. We struggled to play well in Florida.”

“The last round our guys in the middle of the roster really stepped up and played well coming down the stretch. Overall, a great week and we look forward to competing in the Rendleman Invitational hosted by Catawba College at Salisbury CC next week.”