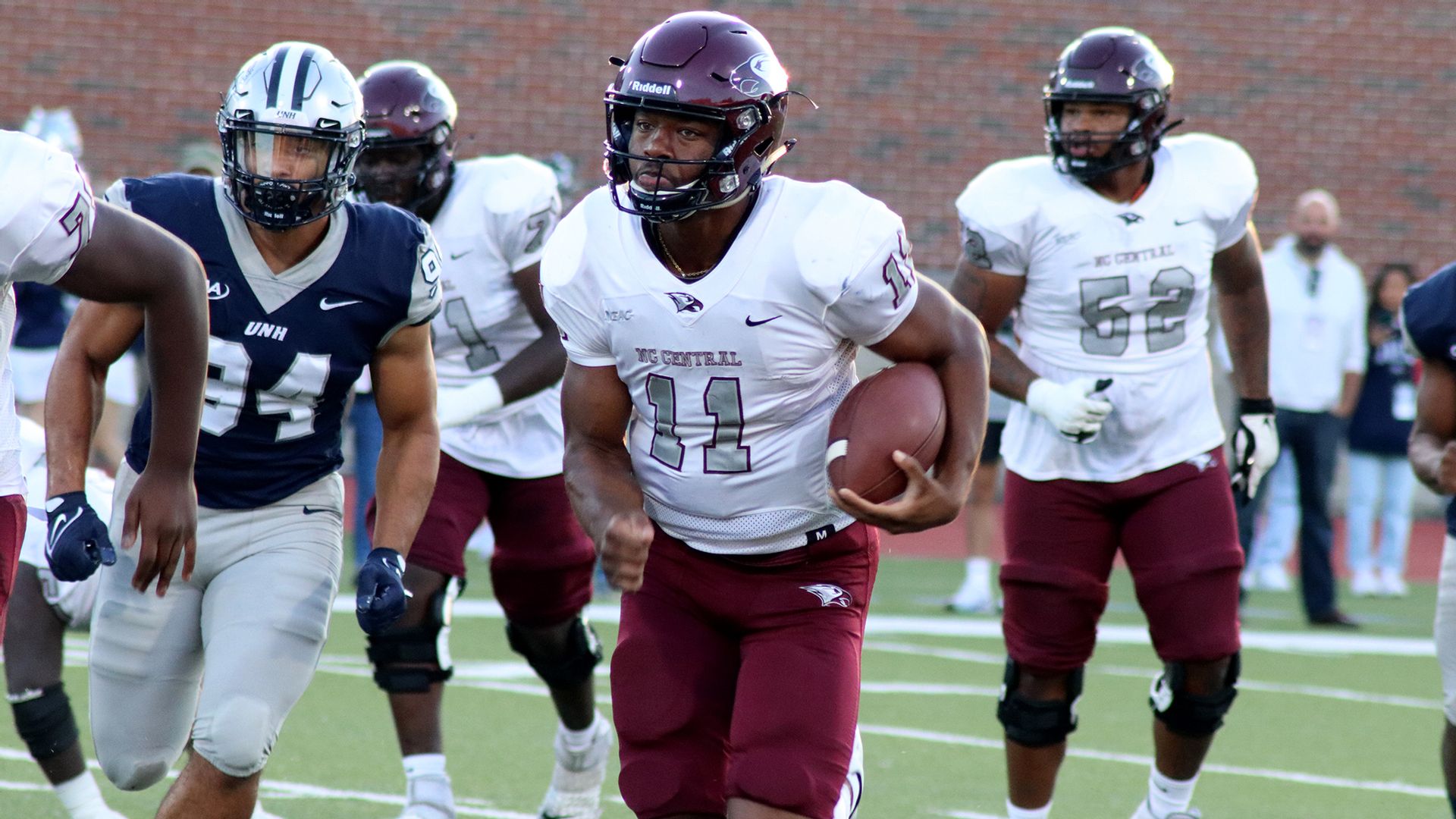 Davius Richard’s 140 rushing yards represents the most by an NCCU signal caller in 23 years.

Richard’s ground attack represents the most rushing yards by an NCCU signal caller in 23 years, when Darrell Nesbitt ran for 156 yards against Benedict on Sept. 25, 1999.

The NCCU offense amassed 399 total yards and converted on 12-of-15 third downs, resulting in a time of possession of 35:19.

Richard’s favorite passing targets were sophomore Devin Smith with six catches for 61 yards and a touchdown, and sophomore Joaquin Davis with five receptions for 72 yards and a score.

Sophomore running back J’Mari Taylor pounded his way to 42 rushing yards and two touchdowns, as the Eagles recorded 205 ground yards on 41 carries.

The NCCU defense held New Hampshire to just 65 rushing yards and registered two takeaways. Junior safety Khalil Baker collected his third interception of the season and returned it for a 33-yard touchdown to give the Eagles an early 14-0 lead less than six minutes into the contest. Senior defensive lineman Jessie Malit pounced on a loose ball to set up a 30-yard field goal by Adrian Olivo late in the third quarter.

NCCU improves to 3-0 on the season after defeating a nationally-ranked opponent for the first time since 2016.

Up next, NCCU hosts Virginia-Lynchburg on Saturday, Sept. 24 at 4 p.m. inside O’Kelly-Riddick Stadium.