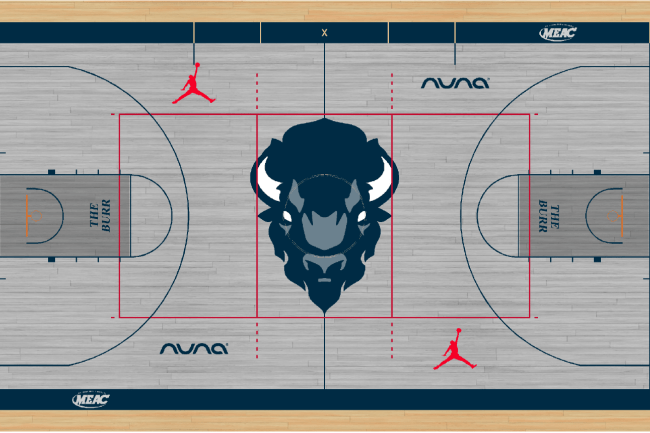 Howard University is getting a $1 million gift from Nuna Baby Essentials to renovate Burr Gymnasium.

WASHINGTON –Nuna Baby Essentials Inc. is donating $1 million to Howard University Athletics to support the women’s basketball and men’s basketball teams. The Nuna donation is earmarked for renovations to the coaches’ offices and locker rooms in Burr Gymnasium.

“Nuna Baby Essentials is an important partner of Howard Athletics,” said Kery Davis, director of intercollegiate athletics. “Nuna’s core values, standards and commitment to excellence align with those of Howard Athletics. I would like to thank Nuna and its leadership, Kenny Cheng and Brad Bickley, for their continued commitment to our program. Their generous contributions have contributed to the overall success and welfare of our student-athletes.”

This donation continues the partnership established in 2021 between Howard University and Nuna.

“Nuna is so excited to be a part of the great basketball and golf future of Howard University! From the time we first met with the administration and coaches of Howard, I felt an exciting win-win partnership could be established with Howard University and Nuna Baby. Howard family and alumni can continue to learn more about our wonderful products, and we will watch the success of Howard basketball and golf,” said Bickley, global president of Nuna.

Austin Hodges, Nuna’s chief marketing officer, said, “We are honored for the opportunity to partner with Howard University to bring our brand core values of family, safety and community. This partnership has and will continue to grow to further Nuna’s commitment to the growth of the Black community.”

The agreement calls for completing the upgrades by the end of the 2022–23 academic year, if feasible. It also calls for placing Nuna logos on the floor of Burr Gymnasium and on the basketball backboards and scoreboard, and other considerations.

Last season, the women’s Bison team went 21-10 and played in the first round of the 2022 NCAA Division I Women’s Basketball Tournament, its first time participating in the event since 2001. The men’s Bison team went 16-13 and reached the Mid-Eastern Athletic Conference (MEAC) quarterfinal last season and participated in the first NBA HBCU All-Star Classic in Cleveland, defeating Morgan State.