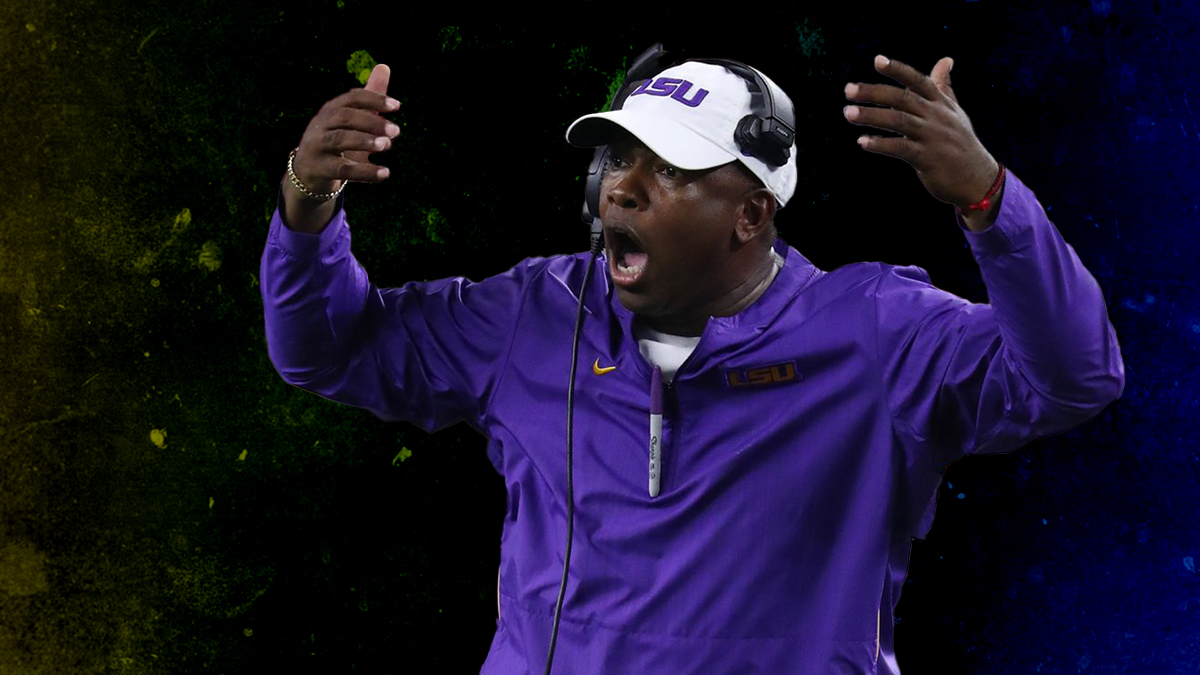 WINSTON-SALEM, N.C. — Mickey Joseph cut his coaching teeth at all levels of college football, including successful stops at HBCU schools, and he’s now asked to apply those skills as interim head coach for a foundering Nebraska program.

Joseph, who is the first Black person to coach any sport at Nebraska, was chosen to replace Scott Frost, who was fired on Sunday after the Cornhuskers were beaten by Georgia Southern, one of three upsets posted by Group of 5 schools over Power 5 opponents last weekend. He is coaching at his alma mater, but the historic opportunity is accompanied by some heartbreak.

“I did not wake up Sunday morning knowing this was going to happen, but it did and I had to accept it,” Joseph told reporters at the weekly football news conference on Tuesday in Lincoln, Nebraska. “Frost is like a brother to me. He gave me an opportunity to come here and coach at my alma mater, to coach at the University of Nebraska. I will always love and always appreciate him.”

Joseph also notes that before Nebraska, there were plenty of opportunities to refine the skills that led to this week.

“But I think if you look at my resume, I’ve been on every level, NAIA, D-2, FCS HBCU, you know, Group of Five, Power Five. So I got an opportunity to be under a lot of head coaches, a lot of real good head coaches,” Joseph says. “So they prepare you for this moment. And when you do get this opportunity, they’re just not too big for you.”

History suggests Joseph won’t shrink from this moment. His experience at HBCU schools dates back to 2000, where he coached wide receivers coach at Alabama State. Before that, Joseph had time at Wayne State and Tulane, and stops at Nicholls State and Central Oklahoma would follow.

There were five seasons at Langston University, an NAIA school, from 2008 to 2012. Joseph served as head coach in his final two years at the Oklahoma school and he finished with a 13-7 record. In the summer of 2012, he interned with the Houston Texans of the National Football League.

When he was at Alcorn State, Joseph coached wide receivers and the special teams during the 2013 season. When that season ended, the Braves had compiled a 9-3 record, the most wins by the school in 30 years.

Joseph moved on to Grambling State, where he retained the same coaching responsibilities as with Alcorn State, in 2014 and 2015. His work helped the Tigers take 16 victories in that brief stretch.

Following the Grambling State run, Joseph moved to Louisiana Tech, where he coached the running backs in 2016 and helped guide the team to a 9-5 record and a bowl game.

The next stop was at LSU, and it is arguably Joseph’s most successful tenure. He arrived in 2019, and he helped mold a trio or NFL-caliber wide receivers in Ja’Marr Chase, Justin Jefferson and Terrace Marshall. The three combined for 241 catches for 3,991 yards and 51 touchdowns, good enough to lead to the national championship.

In his final two seasons at LSU, Joseph was an assistant head coach prior to being part of the staff released when the school parted with Ed Orgeron.

Before he became a coach, Joseph started nine games in his Nebraska career, which started in 1988. He rushed for 1,091 yards and 16 touchdowns while passing for 909 yards and 14 touchdowns. During his four seasons, Nebraska had a 39-9-1 record, won two Big Eight titles and played in two Orange Bowl games, a Citrus Bowl and a Fiesta Bowl.

For at least this year, Joseph will try to bring the luster back to the Cornhuskers, who have won five national championships but haven’t had a winning season since 2016. Making Nebraska successful again could push Joseph to the head of the line as a candidate to become the permanent head coach, but the rumor mill has already started bubbling, and one of the names rising to the top is Jackson State head coach Deion Sanders.

Multiple online sites list him as a leading candidate. In February, the Mississippi Clarion-Ledger reported that Sanders was up for three jobs at Power 5 schools and was close to one of them before that school told him it was heading in a different direction. Previous reports had him being considered for jobs at Florida State, his alma mater, and TCU.

Joseph can put the rumors to rest if he can lead Nebraska past Oklahoma on Saturday and launch a run in the remaining eight games.

“I think when you accept the interim job as the head coach, I think that is the opportunity you are working toward to become the head coach,” he says. “But we understand what goes along with this profession. It is wins and losses and that is what it is going to depend on.”