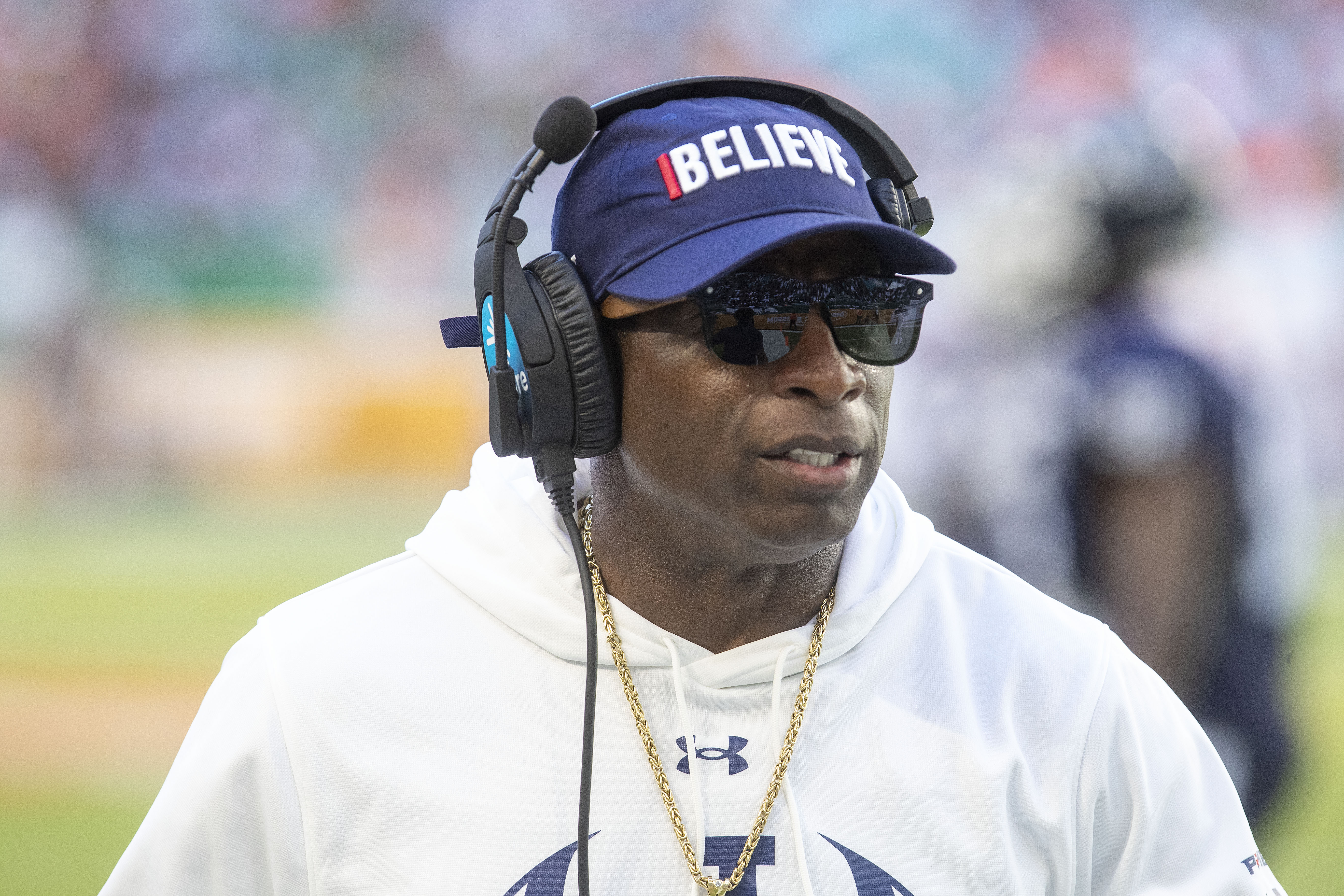 Deion Sanders has brought a big college atmosphere to Jackson State and HBCU football. But perhaps his largest impact came to light on Sunday.

Sunday’s Orange Blossom Classic performance was the type of game Deion Sanders envisioned when he took the job.

It was just one game, but so much was learned in the Jackson State 59-3 blowout victory over Florida A&M.  Just 365 days earlier, the teams fought to a 7-6 final with Jackson State edging FAMU and riding their way to the SWAC championship.  JSU would eventually fall in the Celebration Bowl to a well-coached South Carolina State football squad led by legendary HBCU coach Buddy Pugh.  The grit of SC State pushed JSU around in a dominant fashion.

After that game, Deion Sanders did not reflect long on the 31-10 loss to SCSU.  Instead, he challenged himself.  He vowed that being outmanned would never happen to him again…and he went to work.  He recruited the best athletes out of high school against Power Five schools and landed a big fish in defensive back/wide receiver Travis Hunter.  He flipped the Florida State commit to Jackson State.  He then attracted other high-profile high school recruits.

Probably his most successful player acquisitions came in the NCAA transfer portal.  Sanders would grab several four-star players from Power Five schools and assemble a team that was deep, knowledgeable and talented.

However, those aspects pale in comparison to his biggest makeover, which was his coaching staff.  In the coaching staff department at Jackson State there are 17 people.  There’s Sanders, the head coach,  11 position coaches and a director of player personnel.  The final four positions are the change in HBCU football…the analysts.  Sanders actually became irritated when asked the question about the analysts on his staff in the postgame press conference of the Orange Blossom Classic.  It was not toward the question, but about why HBCUs are so slow to adapt to what major colleges are doing.

Sanders went on to discuss an event that happened on the plane ride from Jackson to Miami.  “I woke up on the plane and heard the offensive coordinator was going over every possible blitz package they had.  He was like, ‘I got em’ all.  Is there anything I forgot, because I know where they’re coming from…I know anything they can do I’m ready.  Is there anything I’m missing?’  I was like dang, it’s going to be a birthday.  That’s how I felt on the plane when I heard him (Shedeur) talking to the OC about all the different defenses and blitz packages that they could possess,” Sanders said.

Jackson State had all the answers

In retrospect, Jackson State looked like it had an answer sheet to the test it took on Sunday, and it passed with flying colors.  With solid coaches, solid players, a head coach on a mission and analysts feeding tendencies to the players, the game slowed down for Jackson State.  Shedeur Sanders even admitted that this year the game slowed down for him.  It wasn’t FAMU that slowed down, JSU definitely upgraded its talent.  The slow down came in knowledge of what was about to happen…analytics.

It should come as no surprise for the Rattlers though.  Two of their coaches from last season were hired as analysts elsewhere.  Battling NCAA clearance was not the battle they needed to be fighting leading up to an ambush at Hard Rock Stadium as what lay ahead after kickoff was the future of HBCU football.

Willie Simmons is one of the brightest young coaches in the game.  He was rated as a minority coach on the FBS coaching radar.  With the resources being equal, he can compete with the best.  But, with former NFL coaches, prior college head coaches and former NFL players on the JSU squad working in tandem, it is not a fair fight.

In fairness, most HBCU football programs could not attract the coaching talent JSU has.  Many individuals personally know Sanders and some are even volunteering their time for the love of the game.  Even the greatest quarterback of all time, Tom Brady, has had a training session with Shedeur Sanders.

Deion Sanders is demanding and the Jackson State athletic department and university administration are responding. And the result was a separation between two of the best HBCU teams from 2021 to a degree that was evident.  It doesn’t stop with just coaching.  Jackson State also has state-of-the-art facilities and equipment.  It is much publicized that Sanders donated $150,000  of his coaching salary to put the finishing touches on the player’s facility.

What we realized Sunday is that it translates to game day as well.  JSU doesn’t use regular coaches’ headsets.  Most HBCUs use the common system with headsets on the field and receivers in the press box…not Jackson State.  In the exact place where a day prior, the University of Miami had just 24 hours prior, was the deluxe coaches’ communication system.  Of course, it was branded with JSU.  This is the attention to detail Deion Sanders has implemented and it will force HBCUs to follow suit or end up fairing no better than the talented FAMU squad did on Sunday.