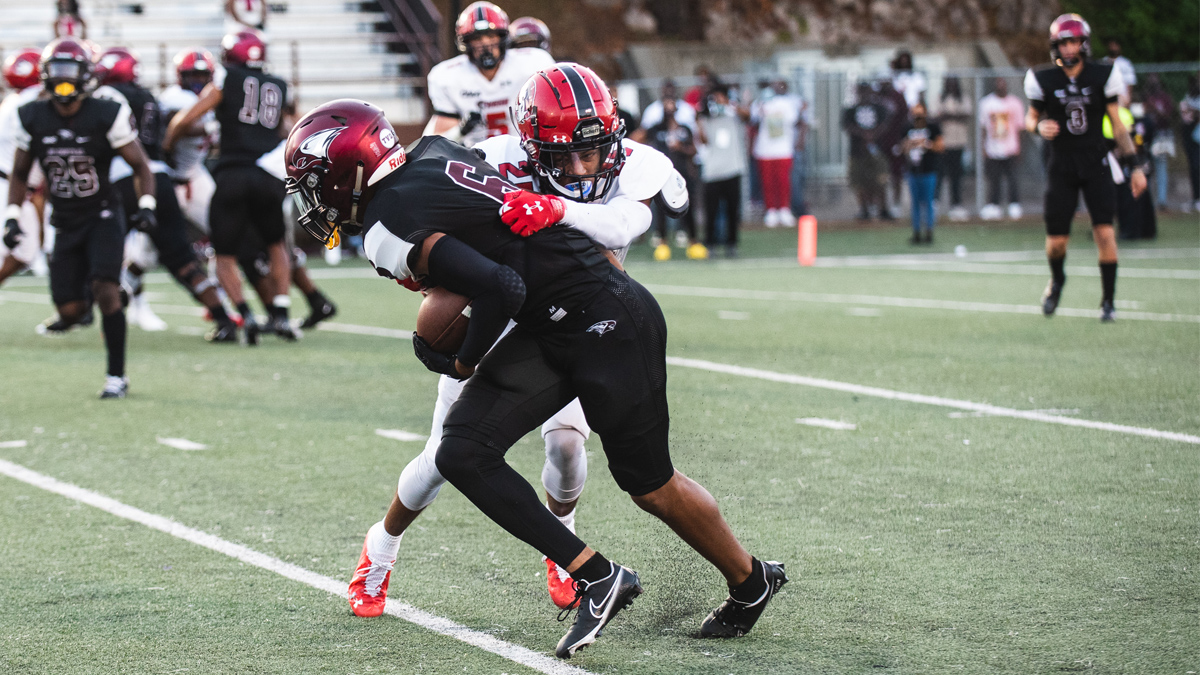 Another rivalry game lies ahead for NC Central

WINSTON-SALEM, N.C. — After opening the year with a victory over a big rival, NC Central approaches the second week of the football season with another rival ahead.

The Eagles (1-0) defeated North Carolina A&T in the Duke’s Mayo Classic in Charlotte last Saturday. This weekend, they open their home schedule with Winston-Salem State (0-1), a team they called to beat in 2021.

When coach Trei Oliver addressed the Mid-Eastern Athletic Conference media on Monday, he had yet to look at the video from the Rams’ loss to Central State at the Black College Football Hall of Fame Game on Sunday, but his mission was the same as it was against the Aggies.

“Usually, I think a lot of times it is kind of hard to play those games back-to- back,” Oliver says. “I think we have a much more mature team now that can handle that.

“But just like last week, it’s about us and it’s about us improving,” Oliver says. “So although we did get the win this past weekend, there are a lot of areas I felt as though that we could improve on.”

One area might be the ground game. NC Central only managed 69 yards rushing against North Carolina A&T and finished with a total of 269 yards of offense. Credit Davius Richard with much of that production.

Richard, who was named MEAC offensive player of the week, completed 20 of 32 passes for 200 yards and two touchdowns. and he ran 13 times for 54 yards and the other two touchdowns for the Eagles. Those 20 completions went to eight different receivers.

“He continues to make great decisions with the football. You know if it’s not there to tuck in to make plays with his feet, with his legs,” Oliver says. “But you know, when we throw the ball to about seven or eight different receivers, that’s letting us know that he’s just not dialed in on one person. You know, he does a good job going through his progressions and taking what’s open.”

Oliver would like to establish a running game that will complement Richard’s passing. The Eagles managed just 69 rushing yards on 33 carries, or 2.1 yards per carry.

“We didn’t have the success that we want with our running backs,” he says. “So we had to look at running (Richard) a little bit. But this week, it’ll start off running again.”

Last year, NC Central rallied from 10 points down to beat the Rams, 20-13. Oliver will use that battle to get his team’s attention.

“Eagles don’t beat Eagles,” he says. “And when we come in, we have to execute, we have to pay attention to detail. The only difference between the rivalry this week is it’s going to be a home game.”

Another rivalry game lies ahead for NC Central