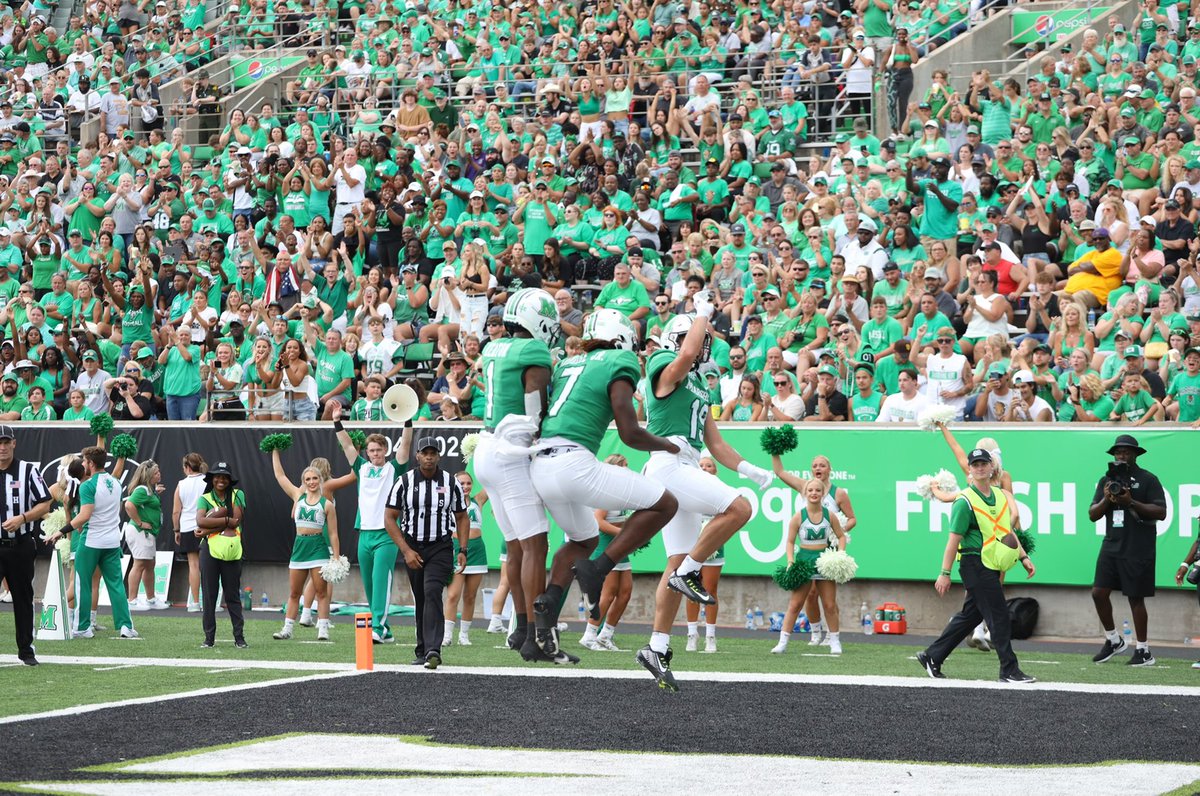 Marshall had no shortage of explosiveness against Norfolk State Saturday afternoon at Joan C. Edwards stadium, leaving with a final score of 55-3.

Ethan Payne led Marshall in this one, scoring two touchdowns on the ground. The team’s potent offense accumulated an impressive 612 total yards. Marshall’s defense was also solid, particularly against the run. They limited the Norfolk State running backs to just 1.0 yards per rush.

Norfolk State’s pass defense was a key component to its struggles against the Thundering Herd. They allowed 7.7 yards per pass attempt. It was also difficult for them to sustain long drives, as they only controlled the ball for 24 of the game’s 60 minutes. Jason Wonodi was a bright spot for the offense, putting up 50 yards receiving on the day to lead Norfolk State’s pass-catchers.

Marshall starts the year with a 1-0 record. On the other side, Norfolk State falls to 0-1 with the loss. Both teams play next on Sept. 10. The Thundering Herd’s next test is against Notre Dame. While Norfolk will hope to rebound with a road win against James Madison.