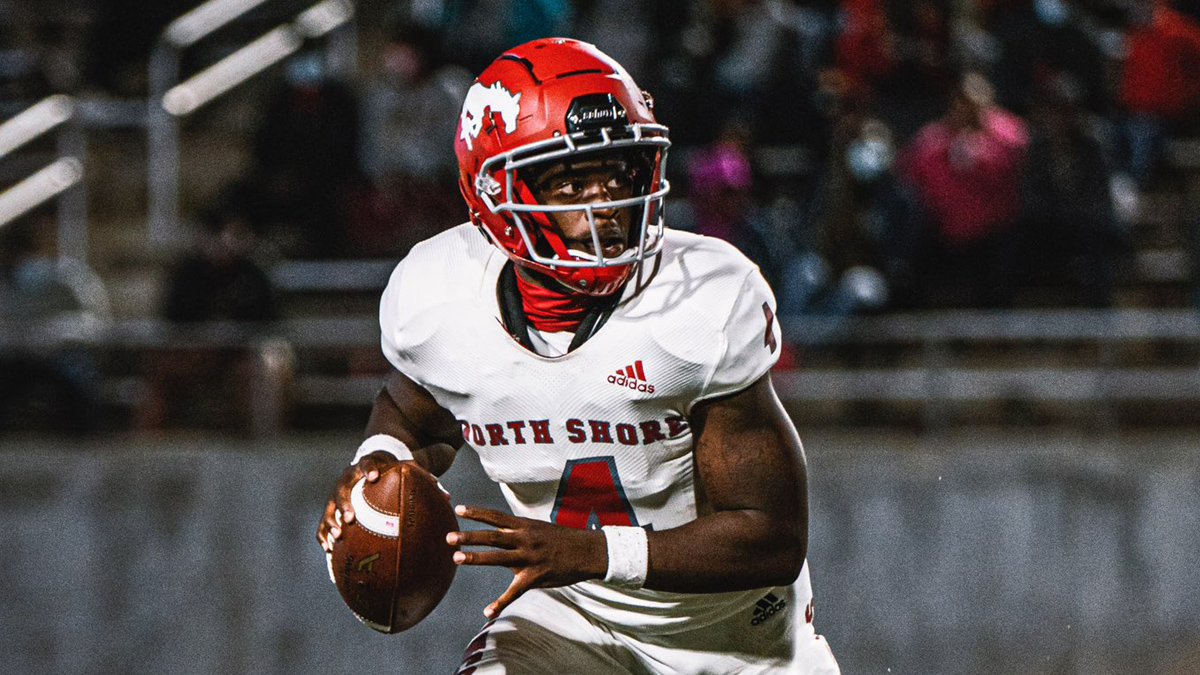 After spending a year at Auburn, former four-star Dematrius Davis is getting a fresh start at Alabama State which kicks off in the MEAC/SWAC Challenge.

Dematrius Davis anticipated playing in big games in Atlanta — he just thought it would be at Auburn in the SEC.

Davis will take the field at Center Parc Credit Union Stadium on Saturday looking to take his first snap as a college football quarterback when Alabama State faces Howard in the MEAC/SWAC Challenge.

The former four-star from the Houston area landed at ASU via the transfer portal this winter after a redshirt season at the SEC school. He joined an ASU program looking to get back on the winning track in the new-look SWAC East.

“What made me choose Alabama State was the opportunity and the chance that I got to really just showcase my talent,” Davis told HBCU Gameday at SWAC Media Day in July. “I really believe this coaching staff — They want me to do that. So it was easy to make a decision.”

Davis was a Texas High School legend at Galena Park North Shore High School. He compiled 13,583 total yards of offense — 10,536 through the air and 3,047 on the ground — and 171 touchdowns over a four-year run that saw North Shore capture state titles in 2018 and 2019 and Davis post a 51-3 record as a starting quarterback.

Davis was ranked as the 24th best quarterback in the 2021 class and the 35th best prospect in Texas. He had offers from Florida State, Boston College, Baylor, Arkansas, Arizona State, Virginia Tech, LSU, Miami, Nebraska and pretty much every other Power Five program. But he chose Auburn, enrolling in Jan. 2021.

After starting 54 games in high school, Dematrius Davis found himself in the unfamiliar position of riding the pine for Auburn last season. He was expected to challenge for the starting role this spring, but Auburn brought in two quarterbacks via the transfer portal and a new four-star. Davis, seeing the handwriting on the wall, decided it was time for a change.

Down the road in Montgomery, Alabama State was undergoing a change of its own. Former ASU star and NFL linebacker Eddie Robinson Jr. was named the program’s head coach in December and trying to inject some life into the program.

Davis says seeing the plays that new offensive coordinator Harry Williams Jr. liked to call, he knew ASU would be a good fit for him as a football player.

“Just sitting down and coach Harry, just watching film before I even decided to commit. Just him showing me the plays and what they’re running. I was like, ‘oh this is me.’ Like this is my offense — I gotta be in it — so it was easy.”

Alabama State defensive back Irshaad Davis (no relation) observed the way the former Auburn quarterback came in  — and he liked what he saw.

“He came in like a real humble cat. He’s just been working really hard from Day One, just showing everybody that he wants to be the guy to lead the team to victory and just letting us know that he’s responsible enough to do it. He wants to win just as much as everybody else does, so that type of energy — it’s easy for a guy to come in and for us to accept him. Because he has a winning attitude and that’s the type of attitude that we’re looking forward to having this year.”

Getting a win in the MEAC/SWAC Challenge would be a good start for Davis and Alabama State. The MEAC leads the showcase series 11-4 overall, and Alabama State is 0-2. But it is a new day for ASU, and Dematrius Davis plans on leaving his mark in Montgomery and beyond — including Atlanta.

“I love everything that we have on campus and I just can’t wait to expand and make everything bigger,” Davis said. “We’re going to make a lot of noise.”