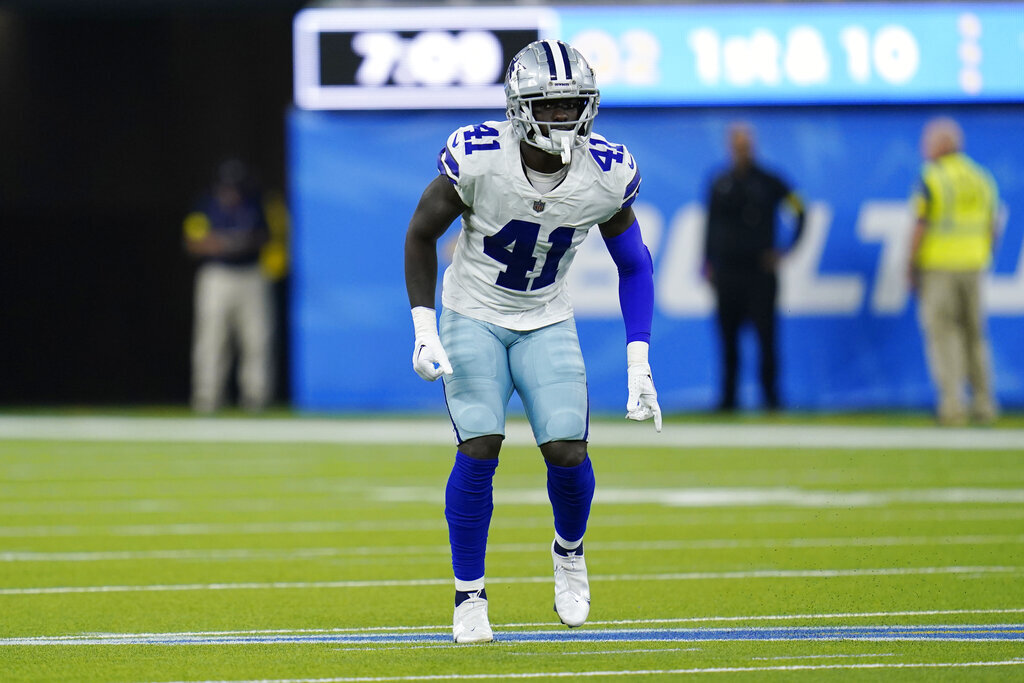 Has Markquese Bell made his case to the Dallas Cowboys

Interception by Bell could land him a roster spot on the final Cowboys roster.

How fitting was it last night that while Dallas Cowboys starting quarterback Dak Prescott was in a sideline interview talking about the outlook for the team this year, timing lined up in a coincidental manner.  As Prescott was uttering “We’re going to depend on some of the guys that are playing right now in two weeks,” he was interrupted by a Markquese Bell interception and good return to set up a Dallas Touchdown. “Let’s gooooo…that’s one of em,” Prescott said as he screamed and raised his arms as he turned away from the camera to cheer Bell on.

The announcers of the game, as have many journalists who cover the Cowboys, have talked about the special athlete that former Florida A&M safety Markquese Bell is.  He has had a very impressive preseason, but now the economics and personnel matters come into view as NFL general managers, owners and coaches have the task of trimming down their rosters to the final 53 out of the remaining 60 in camp.

Bell had four individual tackles in the game to accompany his interception.  He has conformed his aggressive closing skills he was known for in college to the pro arena.  He was popping at contact and wrapping up receivers and running backs as if he was an NFL veteran.

Bell can only hope the Ft. Worth Star Telegram is correct in their headline after Friday night’s game which read “Markquese Bell solidifies Dallas Cowboys roster spot with interception against Seahawks.”

Bell’s demeanor says it all

On the sideline after his interception last night, Bell was a calm and engaged player.  It has always been his character to be focused on the task at hand.  That also comes from his “why.”  Bell came from a family where he was raised by his grandmother.  He made sure she was at as many of his college games as possible and he always ventured into the stands to find her after every single game she attended.

It was documented on ESPN’s series “Why Not Us?,” which followed the Rattlers through the 2021 season.  Repeatedly during the show, he would say he wanted to play professional for his grandmother and himself, so that he could provide whatever she wanted in life.  Every time he said it in one of those interviews, his eyes would water.  It was an indication of the love he has for her.

On Tuesday, all NFL teams will make their final roster cuts.  It’s always a hard time of year, because every player that has made it to the 60-man roster is a real consideration for their dream of playing professional football.  Markquese Bell has given a preseason of plays which will now serve as his resume for the ultimate job interview.

Has Markquese Bell made his case to the Dallas Cowboys