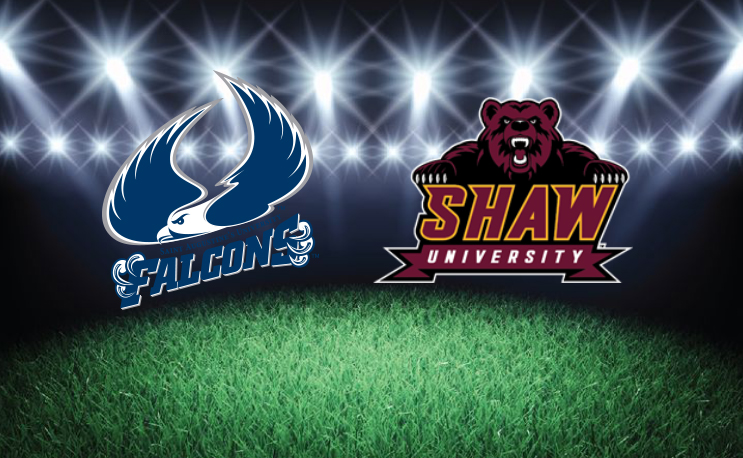 Shaw and St. Augustine’s get together for a common sense approach.

RALEIGH, N.C. – Saint Augustine’s University and Shaw University have officially announced an agreement that will allow both the Saint Augustine’s Falcons and the Shaw Bears to play their home football games at the George Williams Athletic Complex on Saint Augustine’s campus. The Bears also releases its 2019 football schedule that features four games and two non-conference games highlighted by Division I, Campbell.

“This is the right decision for both universities. As institutions of higher learning, both schools have a responsibility to support each other. I look forward to watching Saint Augustine’s University and Shaw University host football games at the George Williams Athletic Complex this upcoming season,” said Saint Augustine’s interim President Dr. Gaddis Faulcon. Dr. Paulette Dillard, president of Shaw University, said, “We are pleased and excited that Shaw students, alumni, and fans will be able to attend our home games more easily. This is a wonderful demonstration of cooperation and support, and we look forward to additional opportunities to work together for the mutual benefit of both universities.”

Shaw’s Director of Athletics, Dr. Alfonza Carter said of the agreement, “It’s exciting for all involved that Shaw University football is returning to Raleigh. With this agreement, everyone comes out ahead.” George Williams, athletic director at Saint Augustine’s, added.” The two universities have a long-standing history of working together, and this is the latest example. Football fans in the area have the opportunity to see either team plan on any given Saturday. This is a victory for Saint Augustine’s and Shaw, but the biggest winners are the Southeast Raleigh community, the entire city of Raleigh, and Wake County. I can’t wait for the Raleigh Classic.”

For the past 12 seasons, the Bears had been playing its home games at Durham County Memorial Stadium in Durham, N.C.

Shaw’s 2019 season begins with a road game at FCS Division I, Campbell University on Sept. 7 at 6 p.m. while the Bears home opener will be held on Sept. 14 against the Central Intercollegiate Athletic Association (CIAA) defending champions, Bowie State University at 1 p.m.

The next week, the Bears travel to Murfreesboro, N.C. to face Chowan University (Sept. 21) before returning home to host Edward Waters College in a non-conference contest slated for 1 p.m. on Sep. 28.

For two-straight weekend, the Bears will hit the road trail, including a road test at Virginia State University for its final cross-division tilt on Oct. 5 at 1 p.m. in Ettrick, Va. before traveling an hour away to open CIAA Southern Division play at Fayetteville State University (Oct. 12) at 1 p.m.

The last four regular season games are against division foes, beginning with the 2019 homecoming game against Livingstone College on Oct. 19 at 12 noon. The Bears head back on the road for a road game at Johnson C. Smith University (Oct. 26) at 1 p.m. and Winston-Salem State University (Nov. 2) at 1 p.m.

The Bears concluded the 2018 season 5-5 overall and 4-3 in CIAA action and placed second overall in the Southern Division with a mark of 4-1 under the leadership of head coach Adrian Jones who will begin his fourth season in 2019.