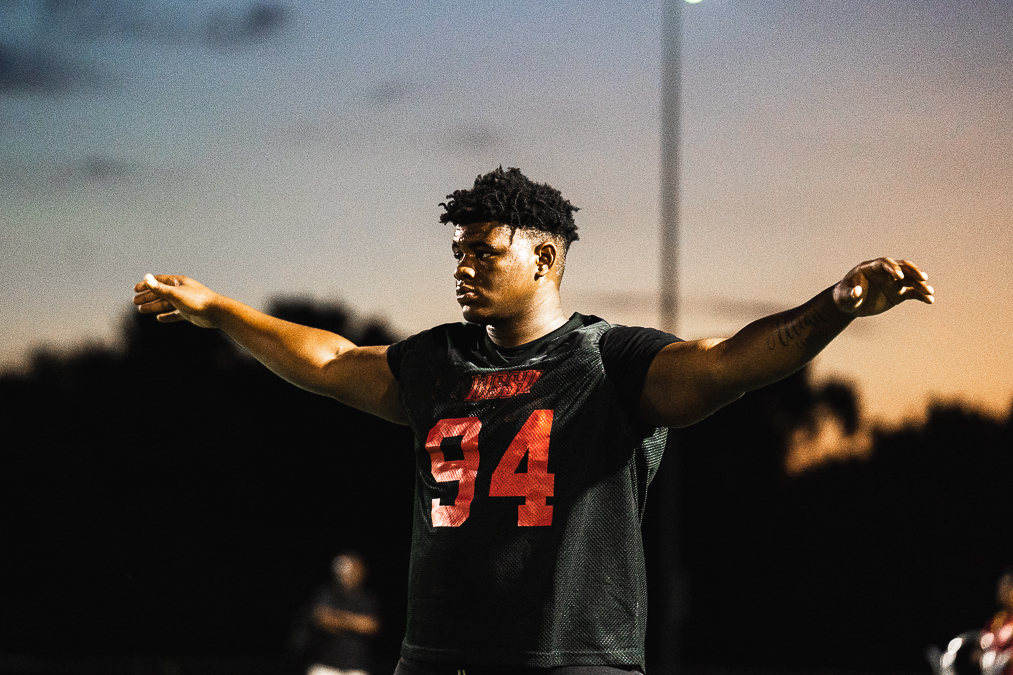 In search of a 13th CIAA championship, Winston-Salem State leans on past success to build momentum for 2022 season

WINSTON-SALEM, N.C. — To be in a position to launch the dawning of a new era in Winston-Salem State University football, a practice that starts before sunrise seems appropriate.

Actually, interim-turned-permanent head coach Robert Massey summoned his players to the practice field ahead of the chickens so freshmen would have the chance to get in a workout before going to campus orientation. And what the players may have lost in sleep, they made up for it with their enthusiasm to improve on 2021 and bring the program a 13th Central Intercollegiate Athletic Association championship, and the first crown since 2016.

“I don’t want to scare people and seem fanatical, but this is what you live for,” Massey said at the morning workout just below their Bowman Gray Stadium home field. Drawing from his interview to become a permanent head coach as motivation, Massey wants the Rams to find the place some of his predecessors reached.

“The title of my PowerPoint was ‘Defending the Legacy.’ We understand there’s 80 years of WSSU football, I’m fortunate and blessed to be the 10th head coach,” he said. “We go all the way back to the legendary Bill Hayes, and every coach since then has won a championship,” he said. “We want to get back to that. We want to protect this legacy by winning the championship.”

If Massey’s word isn’t enough, there’s offensive coordinator Kameron Smith, who returned to WSSU in 2020. That was eight years after his impressive run as a starting quarterback for the Rams. After starting in the second game of the 2010 season, he directed the offense to a 32-4 record, throwing for 7,540 yards and a host of records as well as two CIAA titles and a run at the national championships.

Now, Smith is evaluating his six quarterbacks to see if any of them can match his success.

“I know we’ve got the talent,” Smith says. “Right now, everybody is in the learning stage, so we’re getting everybody up to speed and ready to play.”

Whoever wins the starting job will need to keep their arm limber because Smith says the quarterback will have targets capable of making plays.

“We’ve got playmakers outside, so put it like this, we’re going to spread the ball around,” he says. “We don’t just have one weapon. We’ve got multiple weapons, so that’s what you do.”

Senior defensive back Elijah Banks says the memory of how last season ended is the catalyst for striving to improve. After losing their first four games, WSSU won the next three, including back-to-back shutouts. But they lost their final two games to finish 3-6. The first chance for atonement comes in the Black College Football Hall of Fame Game against Central State on Sept. 4 in Canton, Ohio.