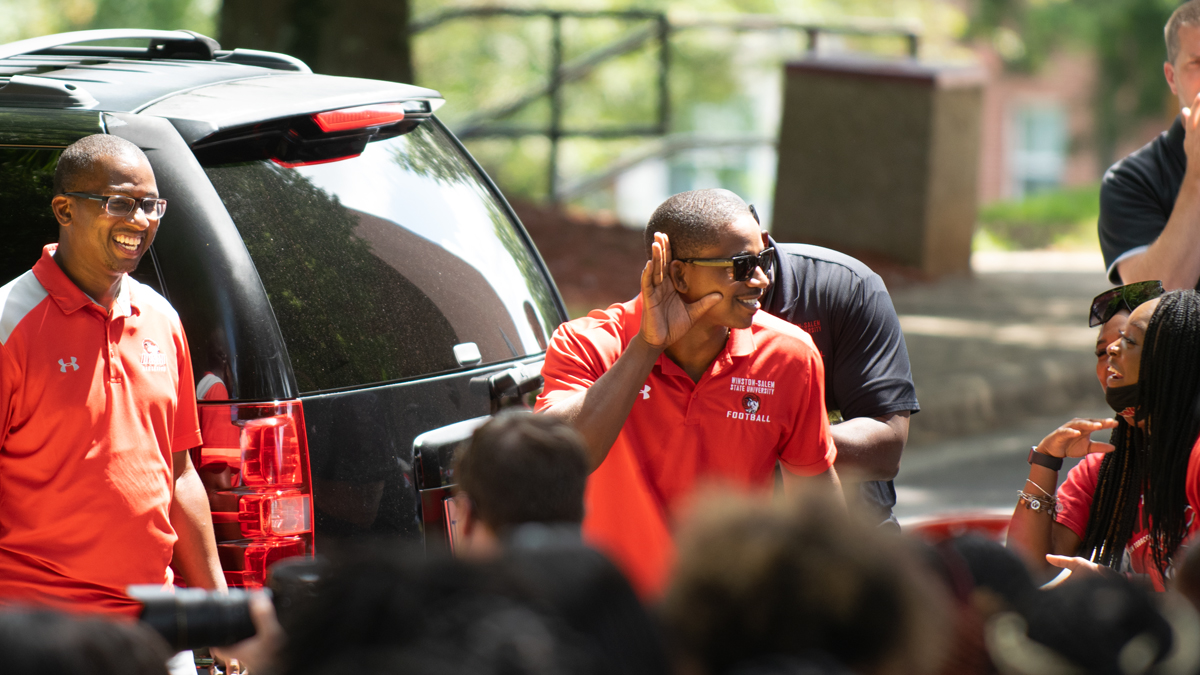 Winston-Salem State is off to a bad start, but its hoping that WSSU legend Kam Smith can spark some life in offense.

After sputtering its wheels on offense through four games, Winston-Salem State (WSSU) is making a change on the offensive side of the ball.

Lawrence Kershaw has resigned as offensive coordinator, and quarterbacks coach Kam Smith has been given the reins by interim head coach Robert Massey. The news was first reported by the Winston-Salem Journal.

The WSSU offense has been downright offensive this season. It averages just 10 points per game and has just three touchdowns through four games. That included an offensive shutout last week as special teams provided the only points in a 73-7 loss to Chowan on Saturday.

The WSSU offense struggled in 2019 under Kershaw as well, averaging just 17.8 points per game. Kershaw came to WSSU in 2018 as the offensive line coach.

Here are four things to know about Kam Smith.

His name is written all over the WSSU record book

The Garner, NC native came to WSSU in 2010 as a transfer from Navy. He led the team to back-to-back wins against North Carolina A&T and North Carolina Central and remained the starter for the rest of this career. He compiled 7,540 passing yards on 535 completions on 896 passing attempts. He is currently the school record holder in total offense, passing yards, passing attempts, pass completions, and touchdown passes.

Despite his prolific stats at WSSU, Smith didn’t get a shot in the NFL as his Division II status and height (6’0) played against him. But he did play with the Kiel Baltic Hurricanes of the German Football League (GFL) and the Nebraska Danger of the Indoor Football League.

He’s coached at the Division I level

After his playing career ended, Smith got into coaching. He joined Connell Maynor’s staff at Hampton where he served as quarterbacks coach for four years. He helped David Watford and Jaylian Williamson earn second and third-team All-MEAC honors respectively during his time at HU. After a staff shakeup in Hampton he landed at St. Augustine for two seasons.

He’s been a winner on the field

Smith led the Rams to a 32-4 record as a starter. He led WSSU to back-to-back CIAA titles in 2011 and 2012. Both seasons WSSU set new HBCU records with 13 and 14 wins, respectively. That included multiple playoff victories in both years.