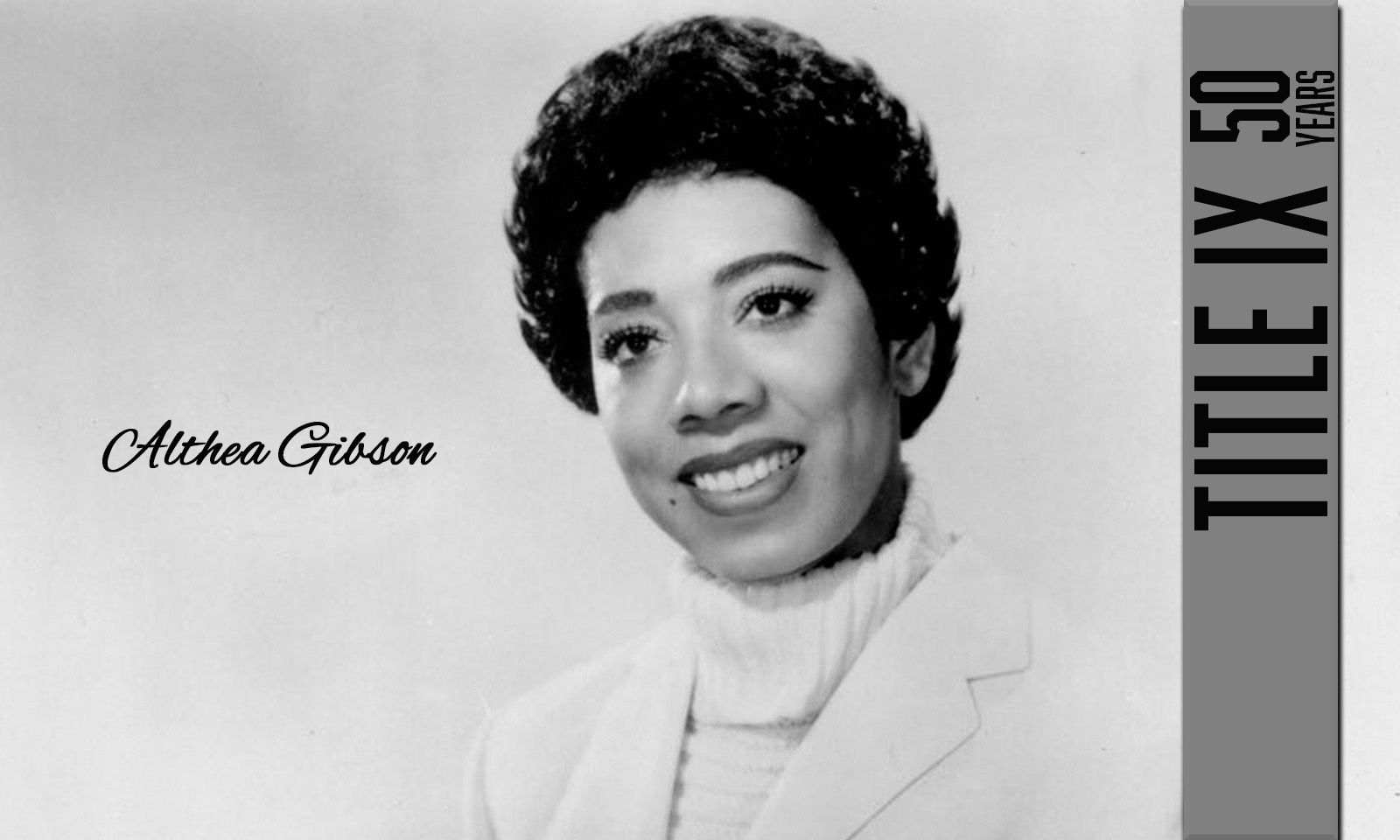 Florida A&M alumnus Althea Gibson is set to have her autobiography re-published soon.

Florida A&M great Althea Gibson is far from being forgotten.  In 2019, she was honored with a statue at Arthur Ashe Stadium in New York, the site of the U.S. Open Tennis tournament.  Now, one of her crowing achievements off the court, her book “I Always Wanted to be Somebody,” is returning to circulation.

The book had all but disappeared over the years and copies of the book had fetched astronomical prices because of the limited supply.  Now, the gem can be yours for just $19.95 (or $9.95 on Kindle).  New Chapter Press, a leader in publishing tennis books, made the book readily available to the general public.

The book is about the story of Gibson’s growing up in Harlem.  It talks about her skipping school, drinking alcohol, stealing, and fist fighting.  It was a rough start for a woman who would get in college at Florida A&M and go on to be a trailblazer for not only Venus and Serena Williams, but tennis stars around the world.

From FAMU to the world

In the 1950s, a star on the campus of Florida A&M University would be under the guidance of Jake Gaither. But was not one of “Jake’s Boys.”  Far from it.  She was, Althea Gibson.

Born in Silver, South Carolina on August 25, 1927, Gibson grew up in Harlem, New York.  She would be taken under the wing of Dr. Walter Johnson in New York, who would also mentor Arthur Ashe along his career path.  She would progress as a teen and become dominant in New York.

Johnson would introduce her to specialized tennis training and connected her with the United States Tennis Association.

She was offered a scholarship to play tennis at Florida A&M and it would be a turning point in her life.  Coming south, FAMU would present the first opportunity for her to play tennis in an integrated environment.

After her sophomore season, Gaither would famously request a meeting with Gibson as she was not performing as the athletic department had expected.  Gaither encouraged her to focus on being the best player that she could be because he knew there was so much more inside of her.

Gibson would begin to soar from there.  She excelled at tennis, golf, and what most FAMUans know,  quite the pool player.  FAMU alumni who were at FAMU with her knows that she used to beat all the fellas in the pool room inside the FAMU bowling alley.  Tall and fit, she was quite the attractive woman as well.  She began to pursue modeling.  She pledged Alpha Kappa Alpha in FAMU’s Beta Alpha undergraduate chapter.

In 1956, she won the singles title in both the U.S. Open and the French Open, becoming the first African-American woman to win what are now called Grand Slam tournaments.  She followed that with her historic win at Wimbledon in 1957 and would repeat it in 1958.

During this trailblazing career, she won 56 singles and doubles titles.  She won 11 major championships, including three consecutive doubles titles at the French Open from 1956-1958. She would also repeat as singles winner in the U.S. Open in 1957 and 1958.

In 1957, the Associated Press named her Female Athlete of the Year.  It would be the first time an African-American would win the award.  For that feat, she was honored with covers on both Sports Illustrated and Time Magazine.  She would earn athlete of the year again in 1958.

She paved the way for African-American players who came after her.  Venus Williams and later her sister Serena, have paid homage to Gibson throughout their careers.  Venus would be the first black woman to win Wimbledon since Gibson, while Serena would be the first to do the same at the U.S. Open.

With monies not being paid proportionately to women in sports, Gibson had to find other ways to earn income.  She would eventually earn nice paychecks by playing tennis matches as the opening entertainment for Harlem Globetrotter games.  It is reported that she earned over $100,000 per year doing so.

In 1964, Althea Gibson became the first African-American to play on the LPGA Tour.

Placed just outside Arthur Ashe stadium, the sculpture – created by Eric Goulder – plays tribute to one of the most important trailblazers in the sport.

“The whole sculpture reads from left to right,” Goulder said. “So things were this way. Then there is the shift … Things were brewing in the world that would allow her to do what she did. She didn’t just break the color barrier. She became the best in the world. This was at a time when people were like, Black people can’t play tennis.”

Tennis legend Billie Jean King called Althea Gibson “an amazing athlete” who was the first African-American woman to play on the LPGA Tour.

“When people learn [about] her story, it will inspire them to do great things with their lives,” King said.

“It’s a very inspirational moment for me to hear these tennis giants talk about the ultimate tennis giant being a FAMU graduate, talking about Althea Gibson, talking about how she inspired them, motivated them, trained them and played with them throughout her career and how that culminated in her being honored with a statue in front of Arthur Ashe Stadium, is amazing,” FAMU President Larry Robinson, Ph.D said after the unveiling ceremony at the National Tennis Center in Flushing Meadow.

In August of 2019, the FAMU Board of Trustees approved the naming of the University’s tennis complex in Gibson’s honor.  A memorial plaque already adorns the complex.