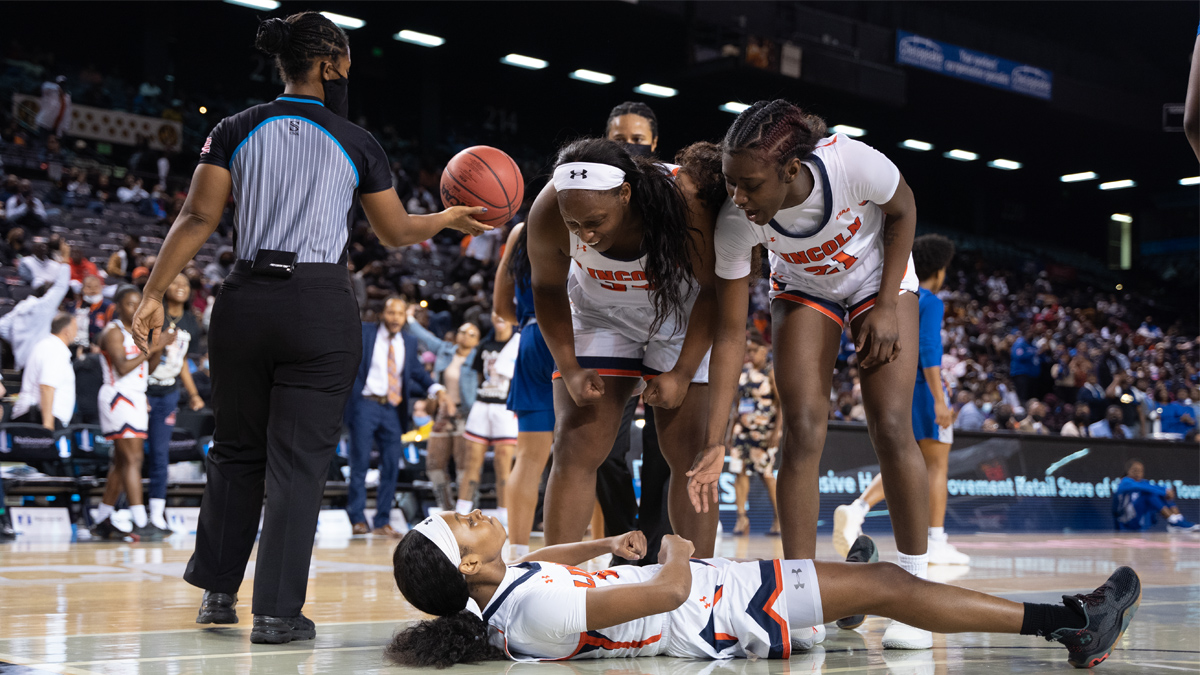 “I felt like it was one of the best offers that I received in comparison to Dublin and Finland,” said Brown. “I also feel as if it’ll lead to me getting more exposure to higher leagues and divisions in the Euro Leagues.

“It felt unbelievable signing my first professional deal, but I am proud of myself and happy to see my dreams turn into reality.”

Brown saved the best for last as she chose to return to Lincoln for a fifth season and culminated the season by leading the Lions to the women’s basketball program’s first Central Intercollegiate Athletic Association championship.

She was named the CIAA Player of the Year after leading the conference in scoring with 17.2 points per game. She added 5.2 rebounds, 52 assists, and 40 steals while shooting a league-best 33.5 percent from beyond the arc. An All-CIAA backcourt selection, she added to her trophy case with a CIAA Tournament MVP honor.

On-court honors only paled in comparison to her off-court laurels. She is the first Lincoln University student-athlete to earn CIAA Scholar-Athlete of the Year honors and to earn CoSIDA Academic All-American honors. Brown was also recognized as an Arthur Ashe, Jr. Sports Scholar, and finished as the first runner-up for their Scholar of the Year award.

“I’m so happy and excited for Bry,” said Lincoln University Head Women’s Basketball Coach Janice Washington. “It’s certainly the opportunity of a lifetime, that is still a rare feat when you know how many play college ball that doesn’t get that shot. She is truly deserving and has worked her butt off for it. We look forward to seeing her go be great in the pros.”

Bryanna Brown leaves for Portugal at the beginning of September and the season will run until April.

635
The Latest in HBCU Sports and Culture