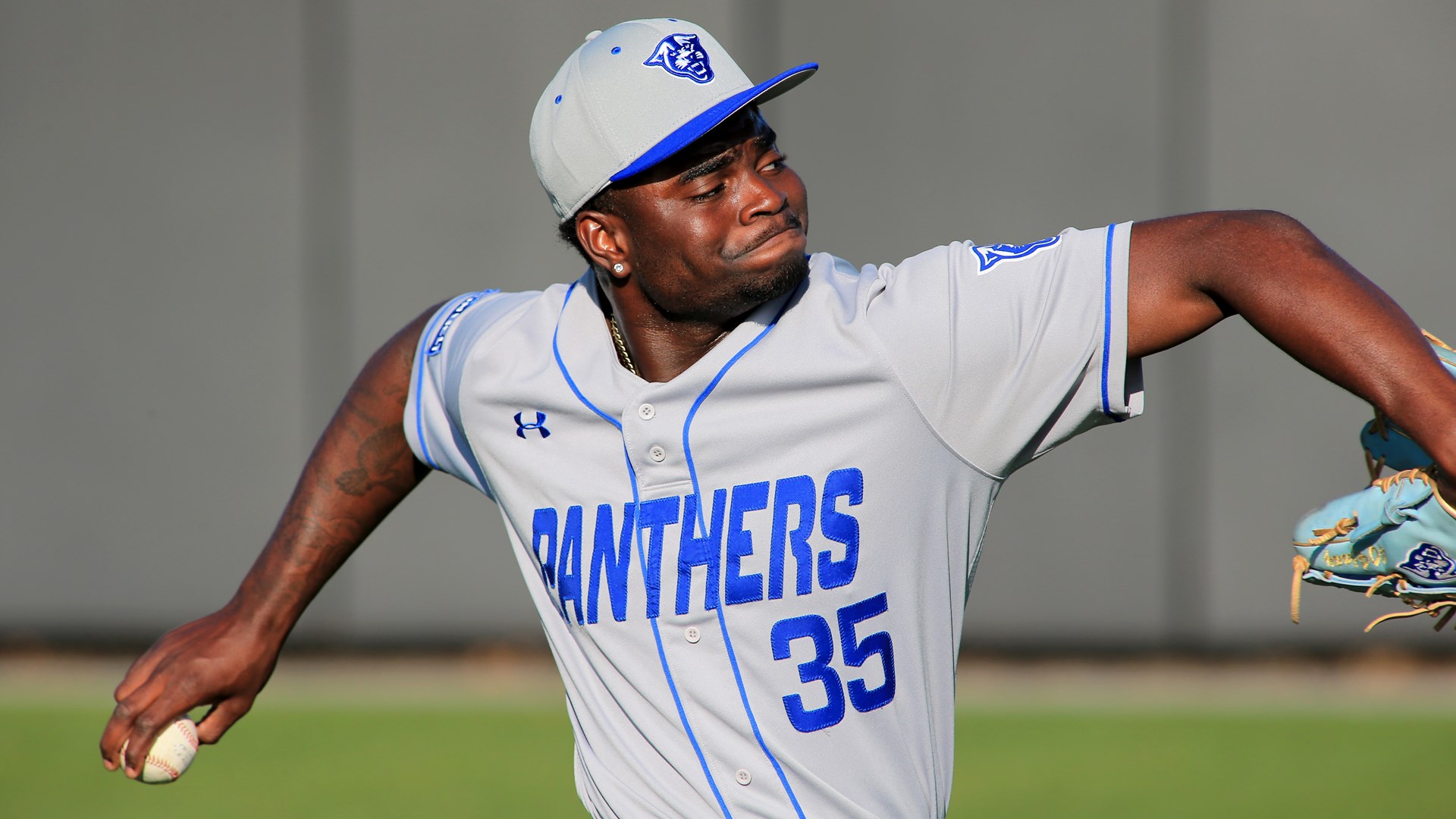 “I wanted to continue the tradition of producing draft picks out of HBCU’s.”

“I really wanted to attend an HBCU so my top three were Grambling, Jackson State, and Southern,” Newman told our Symone Stanley.

Newman redshirted his freshman year at Georgia State but was standout on the mound coming out of May High School in 2021. He recorded a 1.19 ERA with 33 strikeouts as a senior and led the 6-AAAA region in strikeouts. He was named a Perfect Game Preseason Underclass All American twice and named a 2021 Baseball Factory Preseason All American.

It was Head Coach Davin Pierre’s big goals that convinced Newman to buy into the Grambling State program.

“I like what Coach Pierre has going on at Grambling,” Newman said. “The culture he is trying to build like if you talk to him he will tell you he wants to take a black HBCU team to the College World Series.”

“I like the facilities and everything else they have going on. They had a really good season this year. They’re missing a few pieces and I feel like I could be another piece to add to the puzzle to help them get further in the World Series run.”

Two HBCU baseball players were drafted in the 2022 MLB Draft. One of the two was Grambling catcher John Garcia. Jeremiah Newman wants to continue the momentum of having Black colleges and Universities on the MLB draft board

“Typically there is a stigma that HBCU’s are not producing draft picks. But that has been really changing recently. Even this year with multiple players coming out of the draft including one player from Grambling. I just felt like if you have the skill then the eyes are going to be wherever you are. I wanted to continue the tradition of producing draft picks out of HBCU’s.