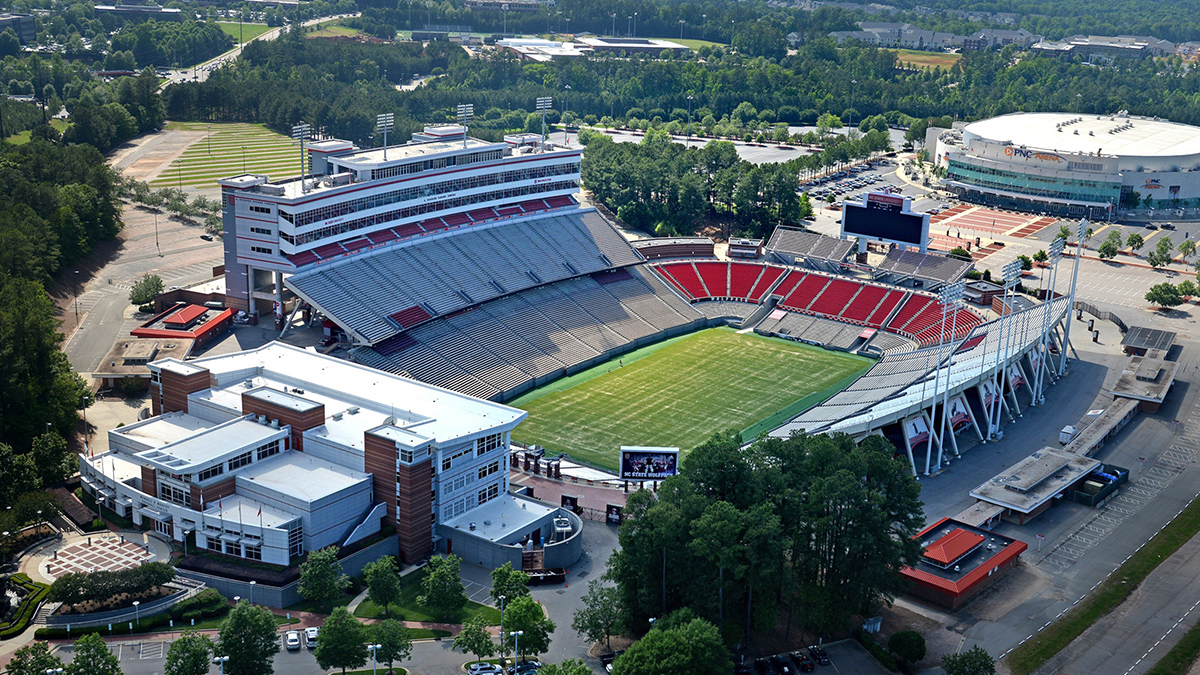 NC State is set to host North Carolina A&T in the not-too-distant future for the first time on the football field.

NC State and NC A&T have never met on the football field, but it appears that will happen later in this decade.

The game is currently scheduled to take place in 2027, although an official announcement has not been made nor a date given to the contest.

A game against NC State adds to a growing list of FBS matchups for NC A&T in the upcoming decade. NC A&T will play Duke for the second consecutive year this fall. The Aggies are scheduled to travel to Alabama in 2023 to take on Alabama-Birmingham. In 2024, it will cross county lines to take on Wake Forest of the ACC.

Former Colonial Athletic Association member and new FBS Sunbelt Conference member James Madison will host A&T in 2025. Georgia State of the Sun Belt is scheduled in 2026. A&T is scheduled to play an SEC team for the first time in 2030 when it will take on reigning national champion Georgia.

NC State will be the third ACC program A&T has faced — all within the last decade. The first was the University of North Carolina at Chapel Hill in 2015. The current series with Duke kicked off in 2021.

While the two schools have never faced each other in football, they do share a connected history. The Raleigh-based NC State was founded in 1887 as an agricultural instruction institution for the white citizens of North Carolina. Four years later, A&T was established on the campus of Shaw University in Raleigh. It later relocated to Greensboro serving the African-American citizens of the state.

It would be more than 50 years before NC State would admit its first African-American students. Both schools are members of the University of North Carolina System. NC State is currently approximately three-times the size of A&T student-wise and light years ahead of it in terms of funding from the state.

In five years, the two will meet on the football field for the first time.