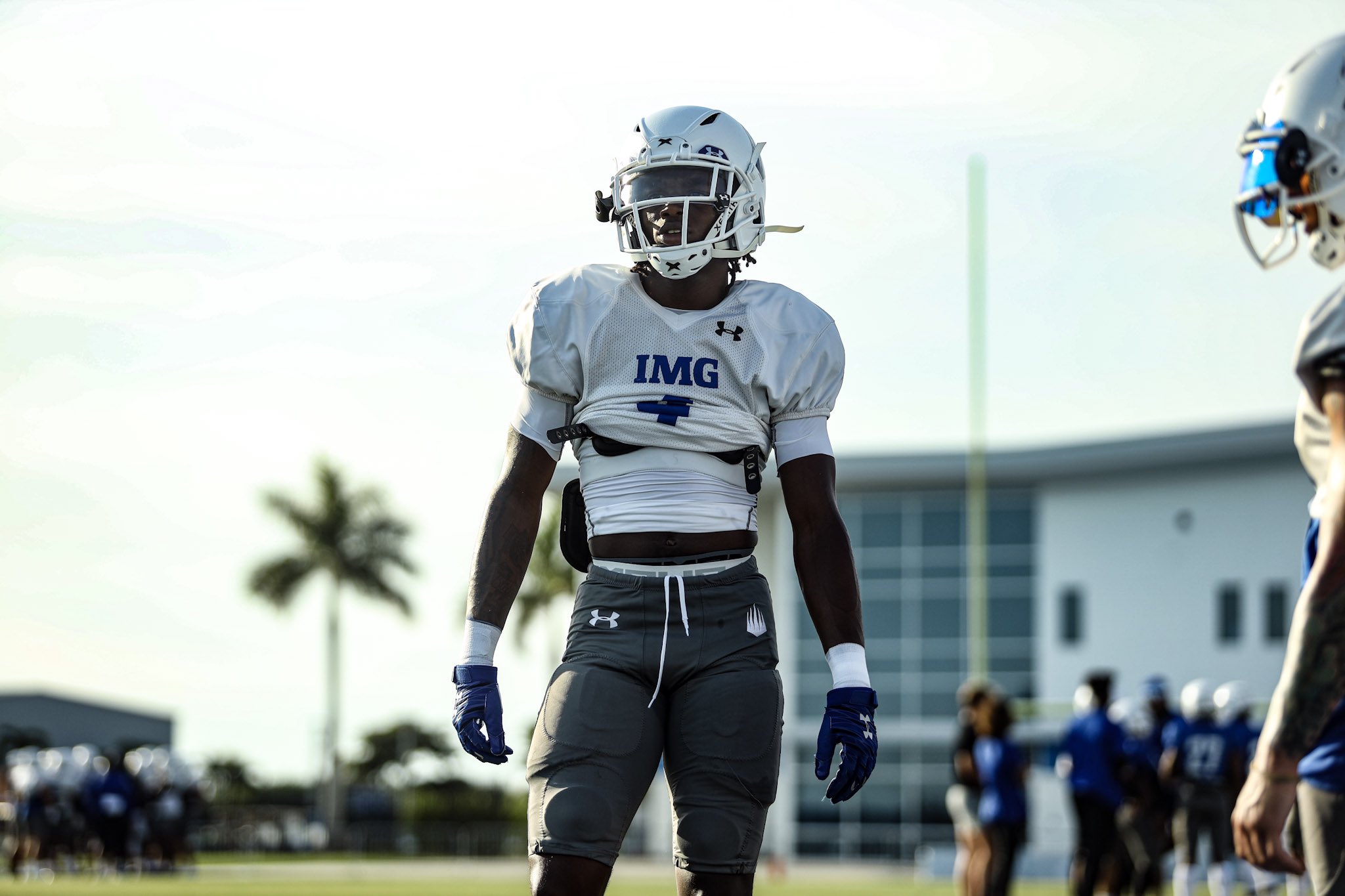 Desmond Ricks, the top cornerback in the class of 2024, has Jackson State in his top ten with Power Five giants.

Jackson State continues to find a way at the table with the big boys in the case of five-star Desmond Ricks.

The Class of 2024 prospect dropped his top ten on Saturday and Jackson State joined the usual Power Five prospects.

Desmond Ricks is rated as the second best player in the 2024 class and the best overall cornerback.

Here’s what 247Sports Andrew Ivins has to say about Ricks:

“Rather advanced from a technical standpoint as he understands how to mirror with his hips and gain depth while in reverse. Longer arms help him takeaway throwing lanes while quick-twitch muscle fibers allow him to jump routes and make plays at all different levels.”

Ivins says Ricks, who currently plays at IMG Academy in Florida, may have the highest ceiling of anyone in his class.

“Should be viewed as a future impact player on Saturdays and someone that could eventually suit up on Sundays. Likely to get on the field sooner rather than later as he appears to be well ahead of the curve.”

Desmond Ricks is a five-star Travis Hunter-level talent that is thought to be leaning towards Florida State. The two could possibly pair up in the Jackson State defensive backfield in a few years. It’s from a lock, but its definitely not impossible.