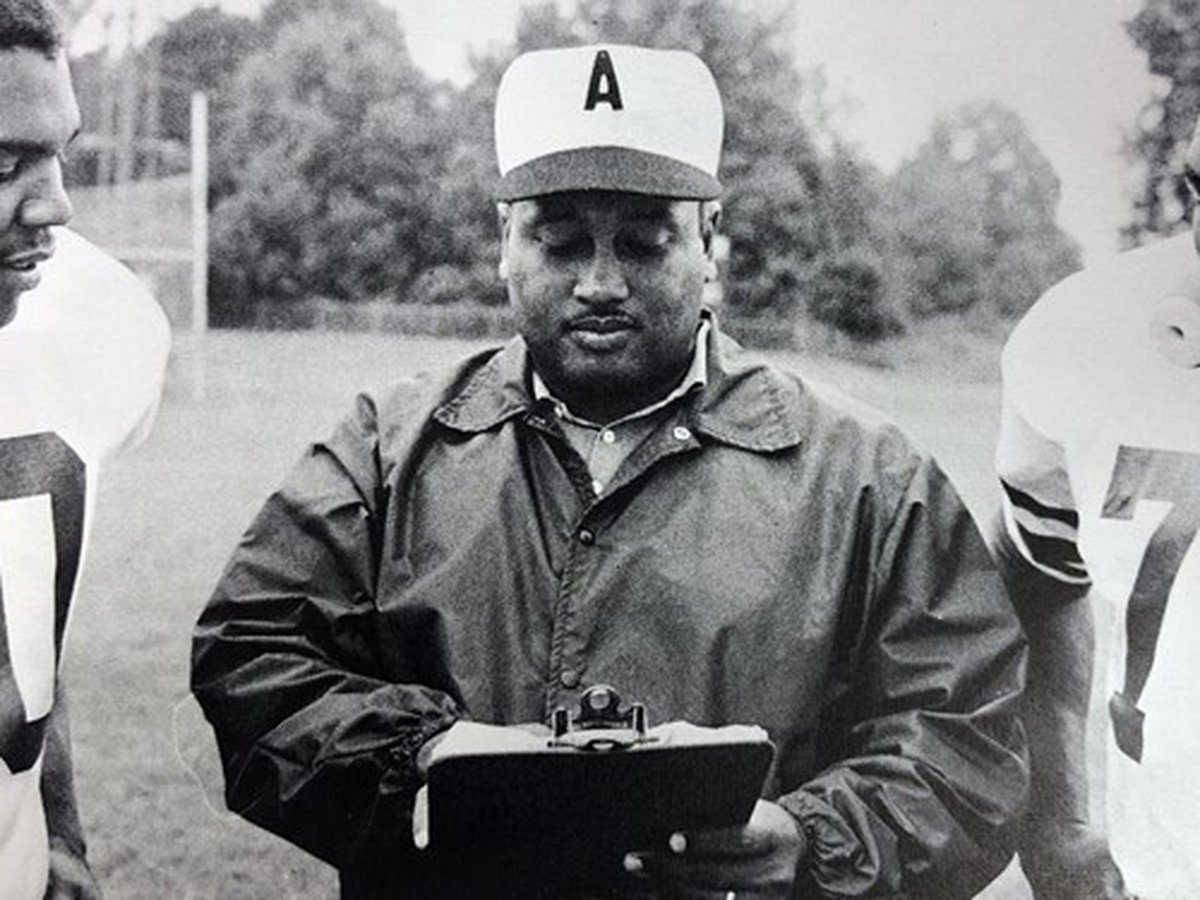 Marino Casem to be inducted into Xavier (La.) Athletic Hall of Fame

A 1956 graduate of Xavier (La.) University and dubbed “The Godfather” by Roscoe Nance of the Clarion-Ledger, Casem served as a student-athlete for the Gold Rush in the sport of football.

NEW ORLEANS – It was announced Tuesday, July 5, that former Alcorn State Football head coach Marino Casem will be inducted posthumously into the 2022 Xavier (La.) University (XULA) Athletic Hall of Fame as one of 20 honorees released to the public by the university. The official induction ceremony is set to take place during a banquet on November 3, on the campus of Xavier University in New Orleans, Louisiana.

A 1956 graduate of Xavier (La.) University and dubbed “The Godfather” by Roscoe Nance of the Clarion-Ledger, Casem served as a student-athlete for the Gold Rush in the sport of football.

The Memphis, Tennessee native served as head coach for the Braves football team at Alcorn State from 1964 through 1985, while also serving as the university’s athletic director from 1966 until 1986. During his Alcorn tenure, “The Godfather” compiled a record of 132-65-8 – still serving as the most wins all-time in school history in football. Along the way, he helped the Braves capture seven Southwestern Athletic Conference (SWAC) titles and four Historically Black College/University (HBCU) National Championships. In 1984, Casem helped lead the Braves to a 9-1 overall record (7-0 SWAC), earning a trip to the quarterfinals of the Football Championship Subdivision (FCS) playoffs – formerly known as the Division I-AA playoffs.

Alongside former Alcorn State and National Football League (NFL) fullback John Robert “Jack” Spinks, Casem is forever enshrined upon Braves Football history with the program’s football stadium sharing both his name as well as that of Spinks (the first Braves football player ever to be taken in the NFL Draft in 1952).

As an administrator and athletic director, Casem was instrumental in helping construct the Davey L. Whitney Health and Physical Education Complex which opened in 1975, and plays home to Alcorn’s volleyball, women’s basketball and men’s basketball programs.

After leaving Alcorn in 1986, he would go on to become the athletic director at Southern University in Baton Rouge, Louisiana, where he helped the Jaguars capture six SWAC Commissioner’s Cups – awarded annually to the league’s most accomplished program in both men’s and women’s sports during an athletic year.

Later in his career, Marino Casem would also serve for a number of years on the NCAA’s Football Rules Committee and Executive Committee, while also collecting the National Football Foundation Outstanding Contribution to Amateur Football Award and the Football Writers Association Citation of Honor.

Sadly enough to the entire collegiate sports world, Casem passed away on April 25, 2020, leaving behind a legacy that many in and around the college football landscape – especially in the HBCU world, quickly mention when talking about the greats of the sport.

For the complete list of the Class of 2022 inductees into the XULA Athletic Hall of Fame, please visit the Gold Rush athletic website at XULAGold.com or click here.

Marino Casem to be inducted into Xavier (La.) Athletic Hall of Fame