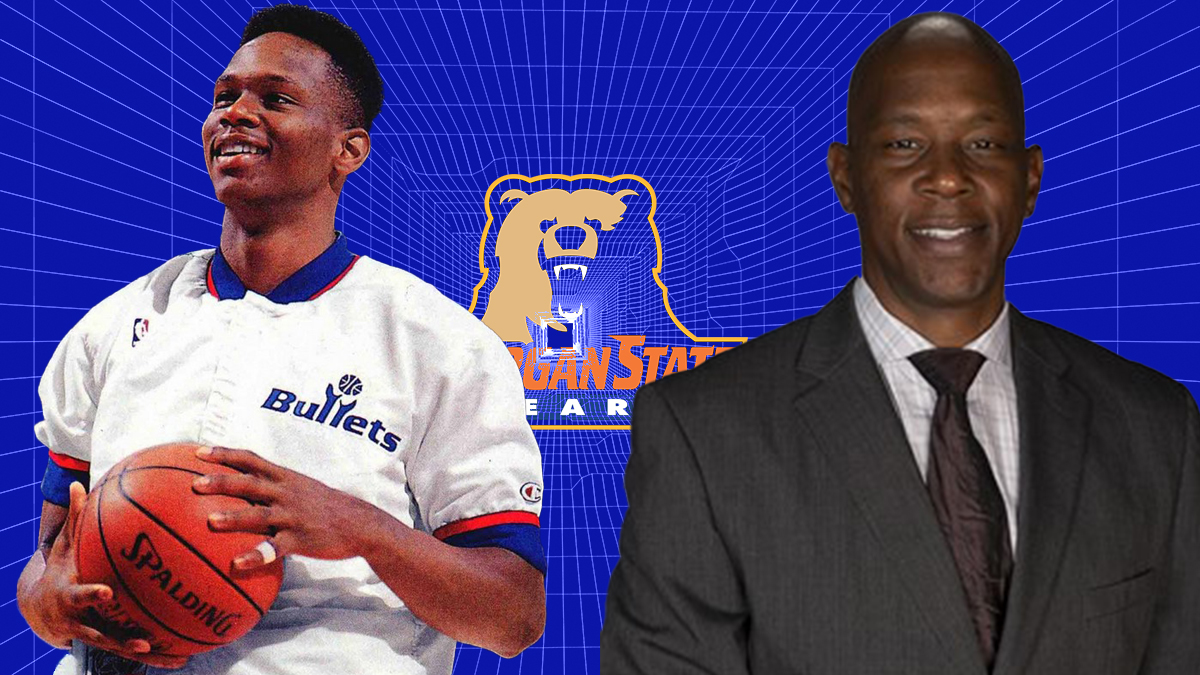 “I’m really excited to have Larry join our staff at Morgan,” said Broadus. “He’s arguably one of the best players to ever play in the MEAC and also has an array of basketball playing and relevant coaching experiences that will help push our program forward to new heights.”

Stewart grew up in Philadelphia and played two years scholastically at Dobbins Technical High School and was awarded a scholarship to attend Coppin State College (University) where he will be forever sealed at the forefront of Coppin State basketball history.

A standout player at Coppin State from 1988-1991, Stewart led the Eagles to their first ever NCAA Tournament appearance in 1990 and first-ever National Invitational Tournament in 1991. He was a two-time MEAC Player of the Year and named Black College Player of the Year in 1991, also winning the John B. Wooden Award. Stewart ranks No. 3 all-time at Coppin State in scoring (1,824) and first in rebounds (1,052). Stewart’s Coppin State jersey (42) was retired at a ceremony in 1993. The MEAC inducted Stewart into their Hall of Fame in 2005.

Stewart signed as a non-drafted free agent with the Washington Bullets (now Washington Wizards) in 1991 and is the first non-drafted player to make the All-Rookie Team. He played with the NBA’s Bullets, Vancouver Grizzlies and Seattle Super Sonics until 1997.

From 1997-2008, Stewart played overseas in Spain, Turkey, Greece and France earning honors and awards leading teams in points and rebounding.

In 2006, Stewart returned to Coppin to complete his degree in Liberal Arts with a Concentration in Management Science and Sociology.

Stewart spent four seasons as an assistant coach with the Bears from 2015-19 under head coach Todd Bozeman.

Prior to MSU, he spent six seasons at Bowie State University from 2009-15. The Bulldogs went 91-50 during his time there. BSU would win the 2013 CIAA Tournament with Stewart on the sideline and he would also be instrumental in the recruitment of 2015 CIAA player of the year Cameron Knox.

Stewart is the son of Lois and Larry Stewart Sr. and has three siblings, sister Latanya, brother Stephen a graduate of Coppin and brother Lynard a graduate of Temple University. Both brothers played professional basketball in Europe.