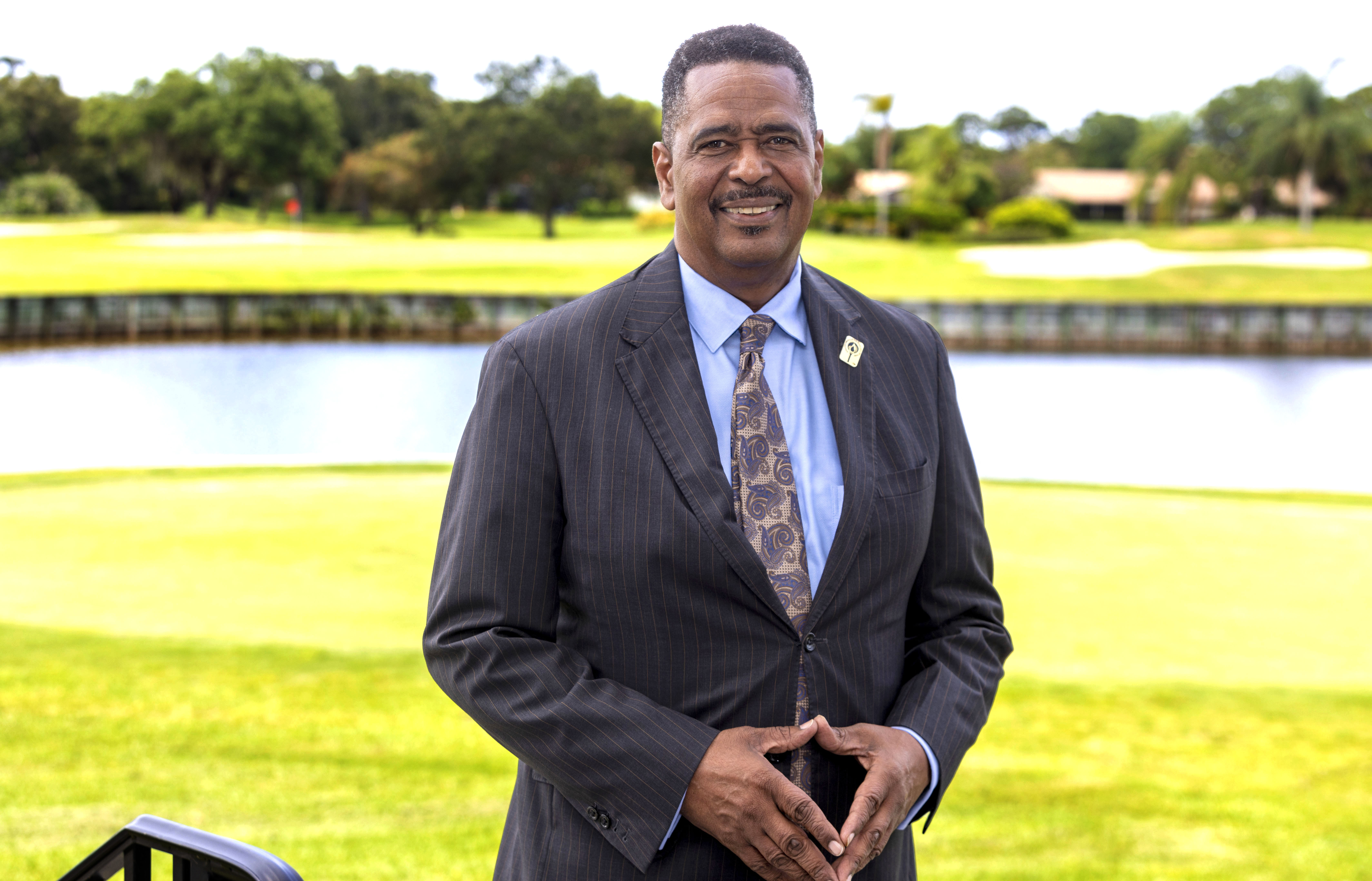 A pilot, inventor and brother to a hip-hop icon makes his foray into golf.

Stan Campbell is used to breaking the norm.  Born of Bahamian (mother) and Jamaican (father) ancestry, the Campbell family grew up in extremely humble beginnings in Miami’s Liberty City community.  Campbell would graduate high school and head to Tallahassee to attend Florida A&M after growing up in a home with five boys.  During his time at FAMU, he wrote the data reduction and aero-analysis for the Voyager 2 spacecraft.  Needless to say, he was corralled by NASA immediately after graduation.

NASA was not exciting enough, so Campbell became a Navy fighter pilot.  Thereafter, he started his company Eagle Force which specializes in data management and predictive analytics.  He owns 14 patents and his innovations and inventions have led to breakthrough technology in law enforcement.

In 2021, Martin Downs Golf Club was up for auction and the investor had less than a day to decide to make a bid on the course.  Residing in Virginia and ready to retire, his bid of $1.3 million made him one of five black-owned golf course owners in the U.S.

Martin Downs is in the center of Florida’s golf hotbed

Campbell, who initially bought the course simply as another real estate investment, has found his purpose in the purchase.  “We acquired Martin Downs in May of 2021, right in the middle of Covid.  I’ve done several investment ventures in the past, but this is a golf course.  At the end of the day, it is an extremely prime piece of real estate right smack in the middle of golf country in Florida.  We’re 12 miles from the PGA course and about 18 miles from Michael Jordan’s course.  We’re also 20 miles from Tiger Woods’ course and 1.2 miles from the Florida Turnpike.” Campbell said.

On July 1, the Florida A&M University National Alumni Association chose Campbell’s club house to inaugurate the 19th president of the association.  In a breakfast in the plush clubhouse of Martin Downs, Curtis Johnson Jr. was installed as the president of one of the most decorated HBCU alumni associations in the country.  The outgoing 18th president, Colonel Gregory Clark, is scheduled to be inducted as a member of the 2022 Class of the National Black College Alumni Hall of Fame.

The breakfast at Campbell’s place reflected his heritage.  On the menu was baked fish, curry chicken and traditional brunch items.  The club house overlooks one of the lakes at Martin Downs.

Dealing with a changing economy

“The advantage is that golf is an $82 billion dollar industry to which people of color have just been absent from the economic side of that.  To me it started as a real estate deal and now it is way more than that.  We are going to shatter some of the legacy things that have kept people of color out of the top end of the game and the economic side of the game,” he continued.

Campbell family was successful in more ways than one

With so much professional experience, Campbell points his success back to his collegiate days.  The older brother of 2 Live Crew front man Luther “Uncle Luke” Campbell, he has succeeded against the odds of his upbringing and he points to FAMU as the turning point in his entire career.  Uncle Luke made the journey to attend the inauguration and get a round of golf in shortly after.

Michael Jordan is one of the other black golf course owners

Still, with all the success Campbell has had in life, he reflects back to how his college days at FAMU have shaped his legacy.  “My wife went to the University of Maryland, not an HBCU.  When she comes on campus she is shocked that over 45 years  later I can be on that campus and a professor who was there knows my name.  That could never happen the day after she graduated from the University of Maryland.  That’s what we have at black colleges that we call HBCUs, but it’s even more important when you’re a Rattler.”