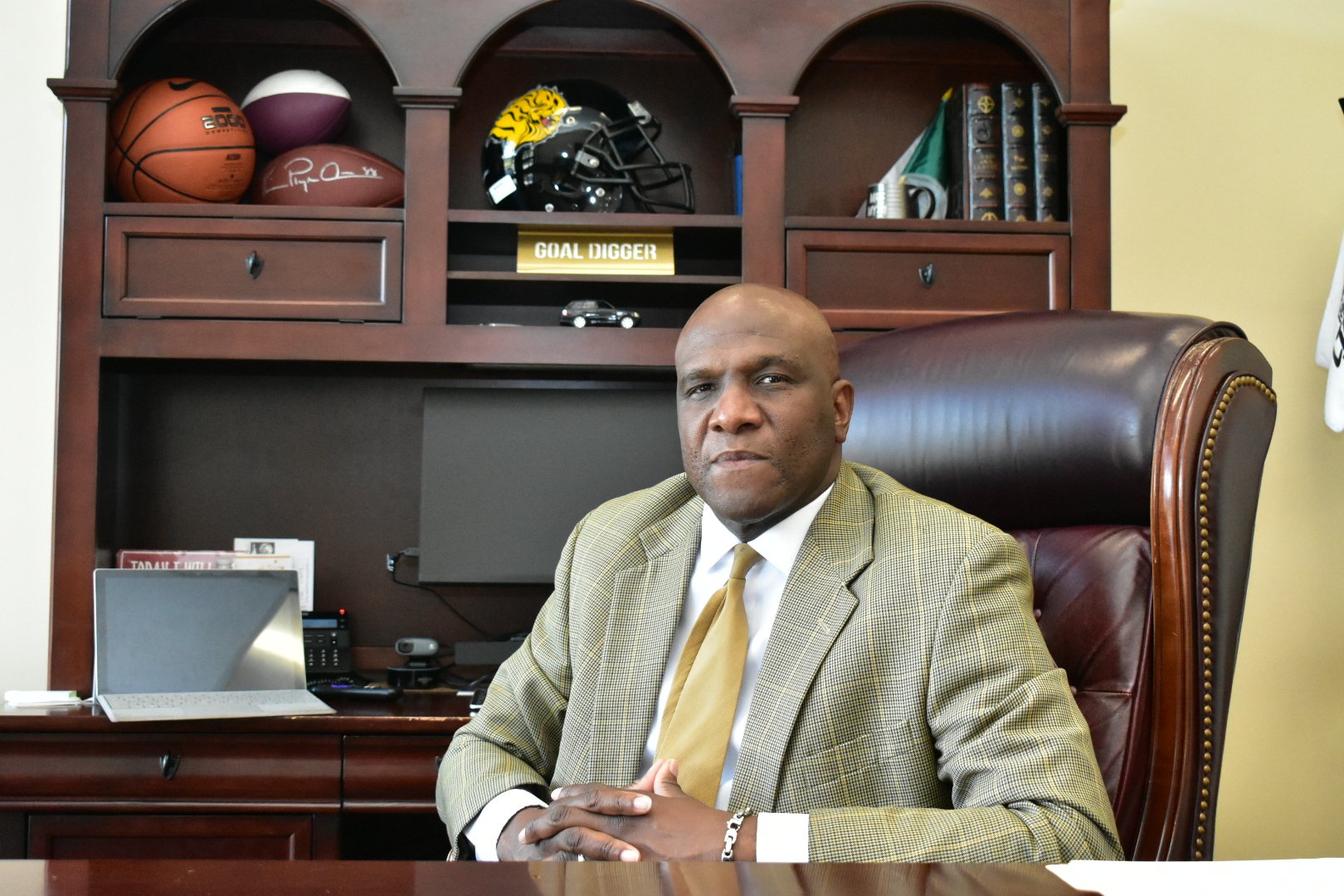 Robinson begins a three-year term as the representative of the Southwestern Athletic Conference on the committee, which is now in its 29th year.

Robinson begins a three-year term as the representative of the Southwestern Athletic Conference on the committee, which is now in its 29th year.

The FCA ADA’s mission is to enhance the Football Championship Subdivision football and is administered by the National Association of Collegiate Directors of Athletics (NACDA), which is in its 58th year.

Chris Robinson, who is in his second year serving as the director of athletics at UAPB, is one of 15 FCS athletic directors selected on this committee.

“I am honored to join this committee and look forward to working with FCS colleagues across the country,” said Robinson. “I am excited to represent the SWAC Conference and work collaboratively in making the NCAA Division I Football Championship the best it can be.”

The 2022-23 FCS Selection committee is chaired by Tom Michael, the director of athletics at Eastern Illinois.

What is NACDA and What does it do?

The National Association of Collegiate Directors of Athletics (NACDA) was founded in 1965. It had its origins at the First and Second National Conferences on Athletic Administration in Colleges and Universities, held in Louisville, Kentucky in 1959 and 1962. At the third conference, in 1965, in Washington, D.C., NACDA was officially founded and the Association held its inaugural Convention in 1966.

NACDA is governed by a group of Officers and Executive Committee members. The Officers consist of a President, a 1st, 2nd and 3rd Vice President and a Secretary. The Finance-Management Committee consists of the current Officers and Past Presidents who conduct the finances of the Association. The Executive Committee includes representatives each from the College and University Divisions, the Junior/Community College Division and several At-Large members.

NACDA serves as the professional association for those in the field of athletics administration, providing educational opportunities and serves as a vehicle for networking and the exchange of information to others in the profession.