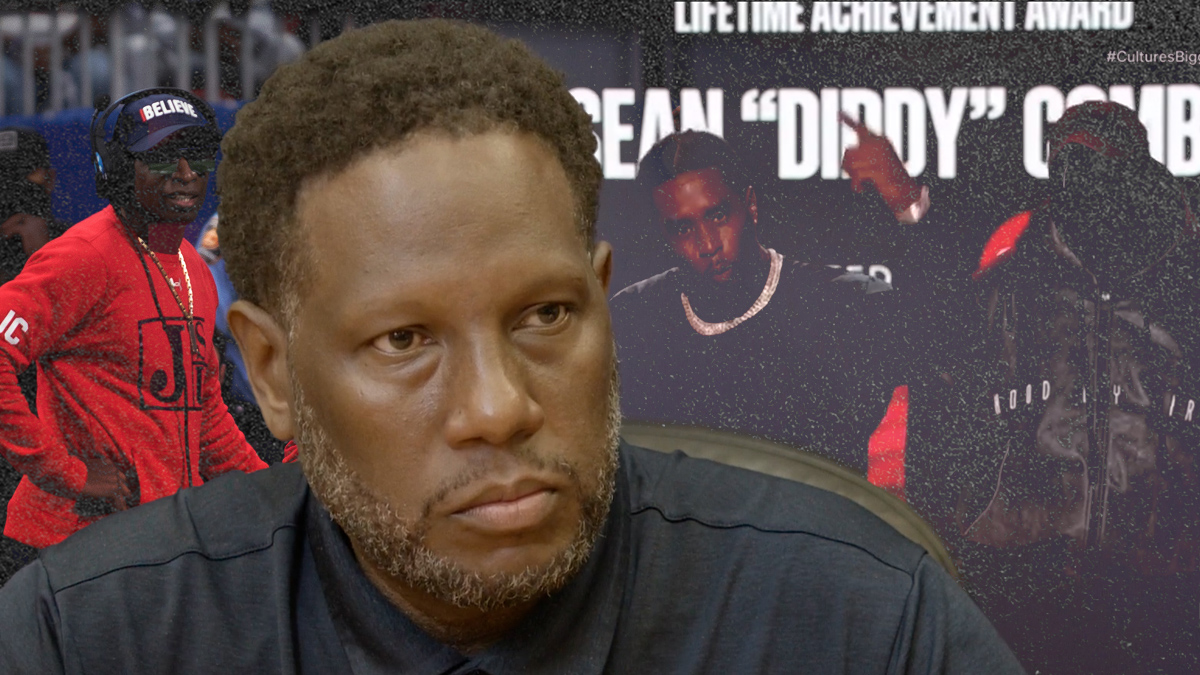 Diddy pledged $1 million to Howard University and another $1 million to Deion Sanders and Jackson State football. Howard’s Larry Scott is fine with that.

With the eyes of the entertainment world watching him, Sean “Diddy” Combs, pledged to give a million to Howard University — along with Deion Sanders and Jackson State football.

What was Larry Scott’s response to Diddy sending a check to Howard University?

Hurry up. Write the check, baby. And then the next check. I think that’s great. I think that’s awesome. But I also think — to your point —  of how some of that energy is being refocused back into not only Howard, but a lot of HBCUs. The importance of that and the importance of what it means to give and the importance of how that type of donation and that type of giving the impact that can make on the program and on the university as a whole, but more importantly, the young people that are, figuring their way out and navigating that on a daily basis. So I think I think that’s huge. That’s impactful. That’s game-changing type donations that can really elevate, our program, our university, and our brand to higher heights.

He mentioned Jackson State football by name, not Howard football. Does that matter?

Everything is perspective. The perspective of what Howard was or is…what that means to Puff at this time may be what his whole experience was when he was at Howard and what that looked like and shaped like for him in his mind. Right now. In his mind, Jackson State is Jackson State football because of Deion Sanders. If Sanders wasn’t at Jackson State I’m pretty sure maybe Jackson State when that came out of his mouth to donate $1,000,000 to.

But I think it’s all about the perspective. Howard is — you know — Howard University and that’s what people think of it. It’s hardly ever that you hear somebody say Howard football or Howard basketball. They say to the university, you know, Howard University — or The Mecca.

To clarify that. I mean, Jackson State and Jackson State football, it says a totally different thing. But I think in the end, it really doesn’t matter much because it’s all perspective. Anything that I’m sure Howard touches or gets from that, it obviously has a trickle-down effect and it has a positive effect on us and what we’re trying to do as well.

Howard University is set to kick off the 2022 season in Atlanta in the MEAC/SWAC Challenge on August 27 against Alabama State.