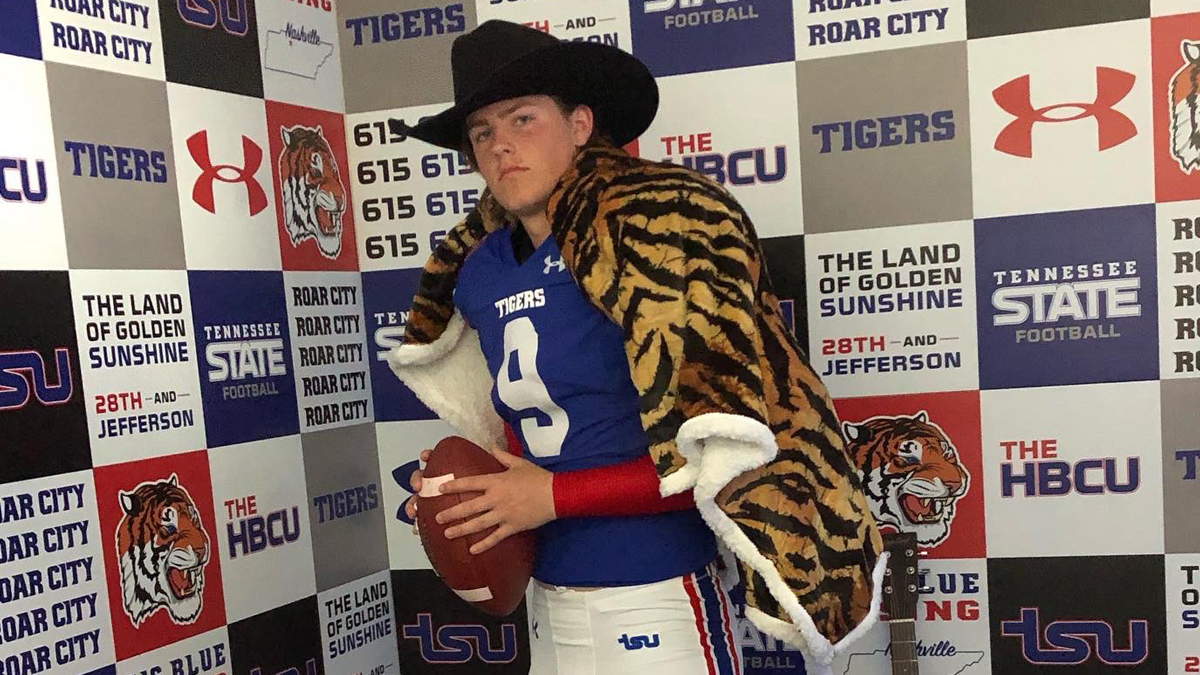 Tennessee State has landed a commitment from Ryder Hagan, a quarterback in the class of 2023 from Nashville.

Eddie George and Tennessee State have just landed a quarterback commitment for its 2023 class.

Nashville’s own Ryder Hagan, a quarterback at Overton High School, has committed to play at TSU. He announced his commitment on Monday morning.

“First and foremost, I want to thank God for giving me the ability to play the game I love. I am incredibly blessed for the support of my family and without them I would not be where I am today.

Second. I want to thank Coach Broome and the John Overton Bobcat family for always pushing and developing me to play at the best of my ability.

Next. I would like to thank Coach Riley Howard and Elite3 for making my dreams become reality. Elite3 has truly helped me in becoming a better student-athlete and a leader.

With the guidance I have received from my family and coaches, I’m extremely excited to announce today that I am 1000% committed to play quarterback for Tennessee State University!”

Ryder Hagan received an offer from the University of Tennessee-Martin earlier this spring before taking an unofficial visit to Tennessee State on June 24. Now he’s committed and is expected to sign during the early signing day.