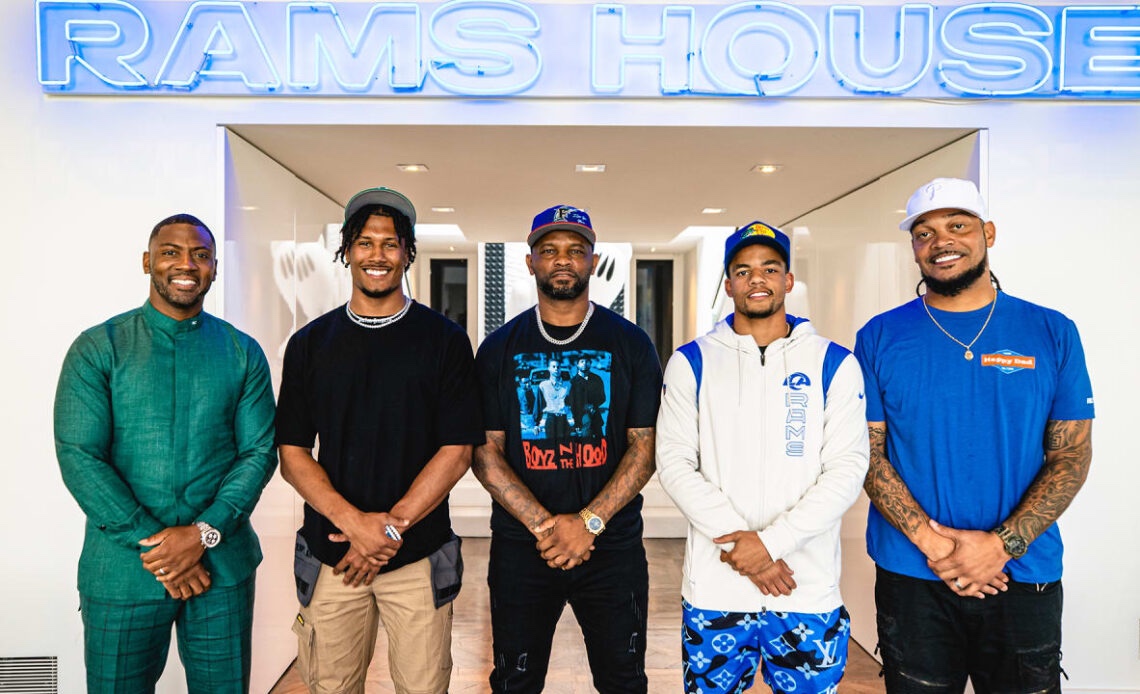 “Whenever my name gets called…they are going to depend on me.”

The guys touched on an array of topics. When asked on if he felt like he was picked too low in the 2022 NFL Draft, Durant kept it real.

“I didn’t even think I was going to go in the fourth round I thought I was going to be fifth or sixth,” He explained. “I wrote down all the corners that went before me. But you know, coming from South Carolina State and just hearing what the media was saying, I did not have my mind set on the first two days.”

The hosts asked Decobie Durant if he felt any pressure joining the Super Bowl defending champion LA Rams and joining a locker room that contains the league’s best in Jalen Ramsey and Cooper Kupp.

“Coming from South Carolina State, I know all the odds are against me,” Durant explained. “A lot of people have something to say like I ‘haven’t played against elite talent every Saturday’. I have to build that trust with the coaching staff and my teammates. Trusting that if they throw me out there with Jalen Ramsey and I am at the nickel position that he can trust me. I am a rookie so of course they are going to target me.”

Jalen Ramsey is arguably the league’s best defensive back and now Durant has the opportunity to learn from him.

“I didn’t even have to go up to him, he came up to me,” Durant said. “He took me under his wing. Now day by day we go through walk throughs. I am trying to learn everything possible. “

Not only does the SC State product get to learn from the league’s best defensive back, but he also has reigning Super Bowl MVP and one of the best wider receivers in Cooper Kupp on his team as well. The Pivot hosts asked Durant if he has faced Kupp in practice yet.

“That is only going to make me better,” Decobie Durant boasted. “There are a lot of guys in the receiver core that are going to help me whenever the game time comes. So there is no need to hide. I’m not ducking any action.”

Durant’s fierce mindset was definitely on display on the podcast. He let the listeners know that he is ready for his moment.

“Whenever my name gets called, lord forbid someone gets hurt, they are going to depend on me,” Durant said. “They drafted me for a reason. So I am attacking it everyday like it is my last.”