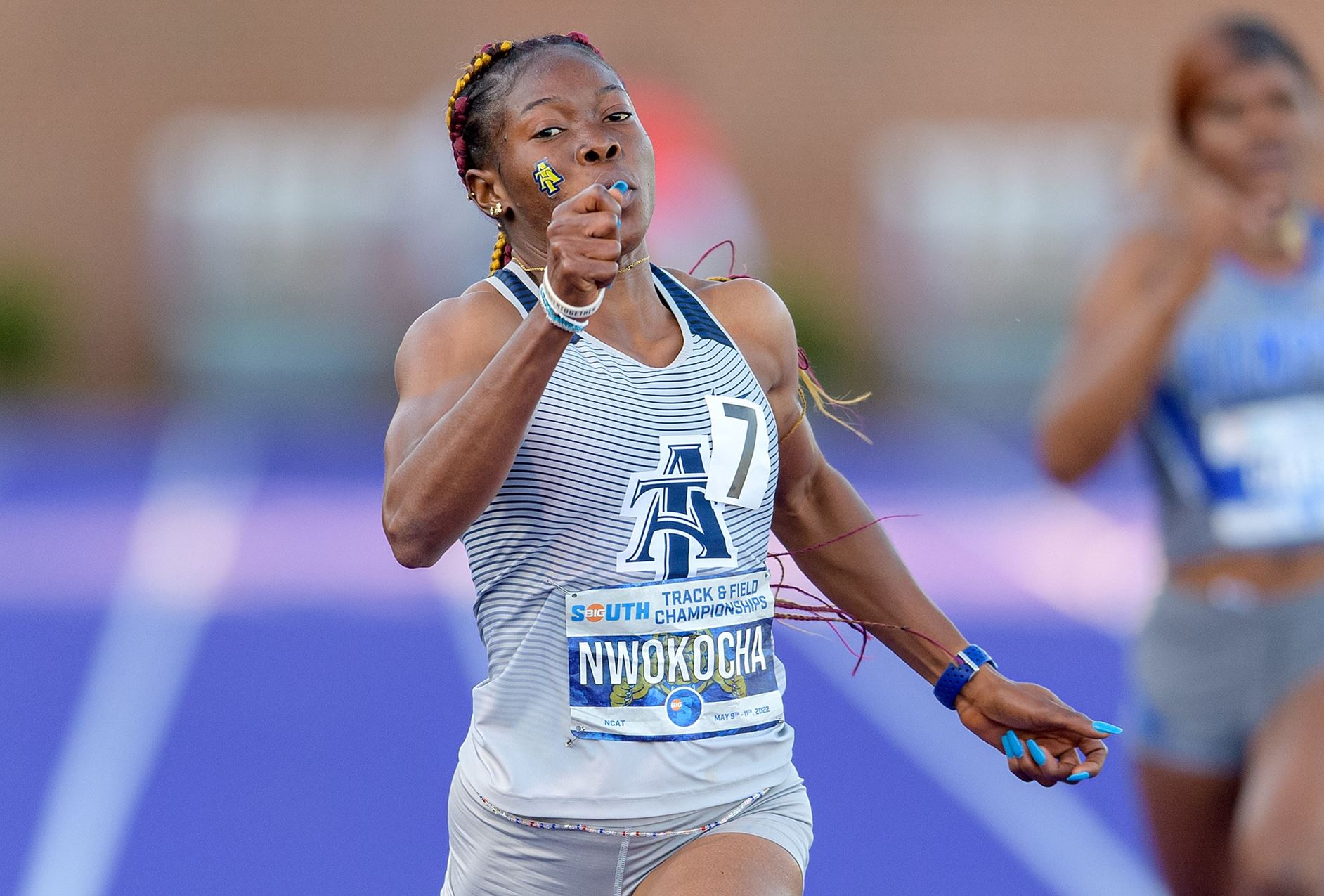 Grace Nwokocha just completed a stellar freshman track season at North Carolina A&T. But the two-time All-American just made an even bigger contribution in her native land.

The Nigerian, product recently took a visit home and brought plenty of North Carolina A&T gear with her.  Nwokocha gifted her gear to some young folks in Port Harcourt.

It’s been a whirlwind first half of the year for Nwokocha, who joined the program in January and immediately impacted it. She debuted by running a 7.36 in the 60 meters at Clemson University’s Tiger Paw Invite in February. Later, she finished third in the 60 and fourth in the 200 at the Big South indoor championships before becoming one of the nation’s best sprinters during the outdoor season.

Nwokocha won the 100m at the Drake Relays before winning Big South outdoor titles in the 100 and 200m. As a result, the Big South named her outstanding women’s athlete and freshman of the year.

Nwochoka received three freshman of the week accolades this past year — two outdoor honors and one indoor.

And after that, she found some time to spread “Aggie Pride” across the Atlantic.