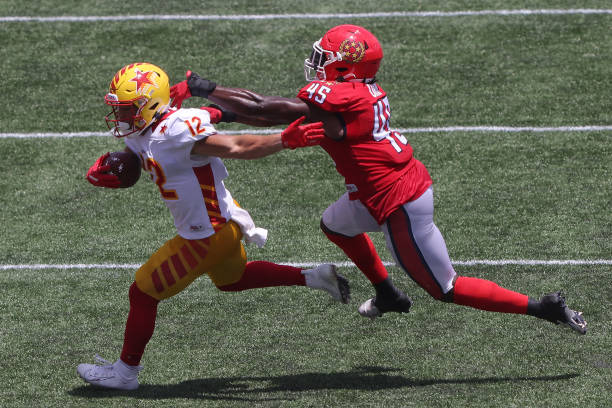 Rowland ended the USFL regular season with a bang.

Rowland scored on a screen pass from Stars quarterback Case Cookus in the third quarter of the week ten matchup against the New Jersey Generals. The Stars went on to lose the matchup 26-23 but not before Rowland was able to notch a TD in the regular season USFL finale.

Chris Rowland has been a special team’s ace for the Philadelphia Stars. He ended the regular season with 114 kick return yards. This ranks 17th in the league. He also has 354 all purpose yards. He lit up the USFL season opener posting seven receptions on nine targets for 74 yards. His longest reception was a 22-yard haul. Rowland led both teams in receptions, targets, and yards in the opener.

Chris Rowland spent time in the NFL before beginning his USFL journey. Rowland originally signed with the Atlanta Falcons as an undrafted free agent out of Tennessee State after the 2020 draft. He appeared in two games on special teams for the Dirty Birds. Rowland failed to make the Falcon’s 53-man roster at the start of the 2021 NFL season and hit free agency. He spent the first nine weeks of the season as a free agent before signing with the Tennessee Titans for a brief stint.