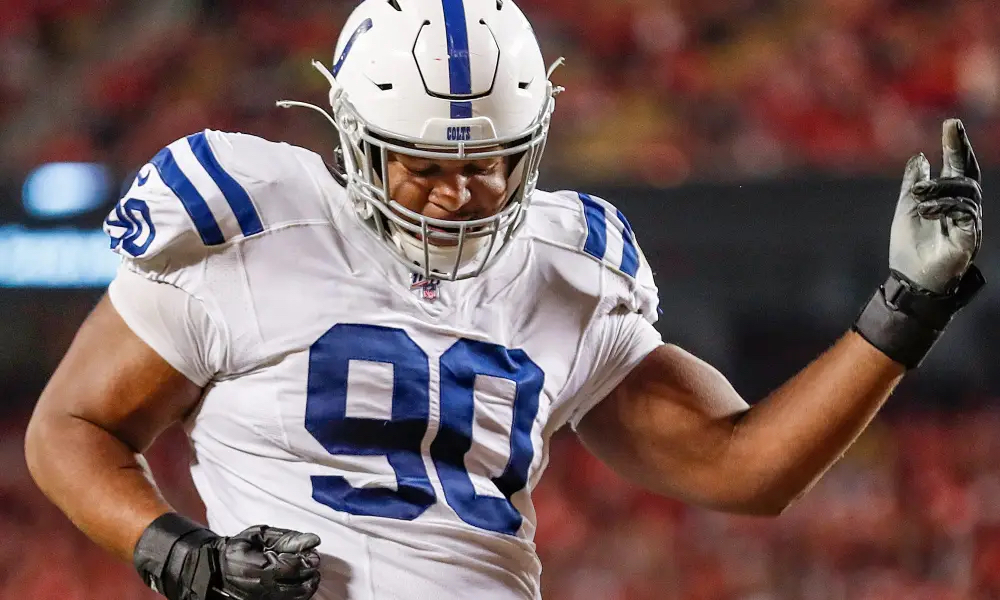 The 2017 fourth-round pick from Albany State has emerged as one of the NFL’s best defensive tackles.

WASHINGTON D.C. – Indianapolis Colts defensive lineman Grover Stewart has been selected as the 2022 recipient of the Black College Football Pro Player of the Year presented by the NFL Players Association. Stewart is the sixth winner of the prestigious award, which is presented annually to a top professional football player who attended a Historically Black College and University (HBCU).

The 2017 fourth-round pick from Albany State has emerged as one of the NFL’s best defensive tackles while serving as a key contributor for the Colts’ defensive unit. After notching career highs in tackles (53) and tackles for loss (six) during the 2020 season, Stewart continued his strong play this past year by recording 46 tackles, including one sack and two tackles for loss, to go with a forced fumble and two pass deflections.

“I’m very humbled to receive the 2022 NFLPA Black College Football Pro Player of the Year because it pays respect to the many great HBCU players who came before me and paved the way,” said Stewart, who is entering his sixth NFL season. “Every time I step on the field, one of my goals is to represent HBCUs to the best of my ability. That’s why it’s an honor to be recognized in this way.”

Since the award’s 2018 inception, the NFLPA has recognized one active NFL player who serves as a positive influence in his community, has ties to his HBCU alma mater, exhibits good character and has performed at a high level during the most recent NFL season.