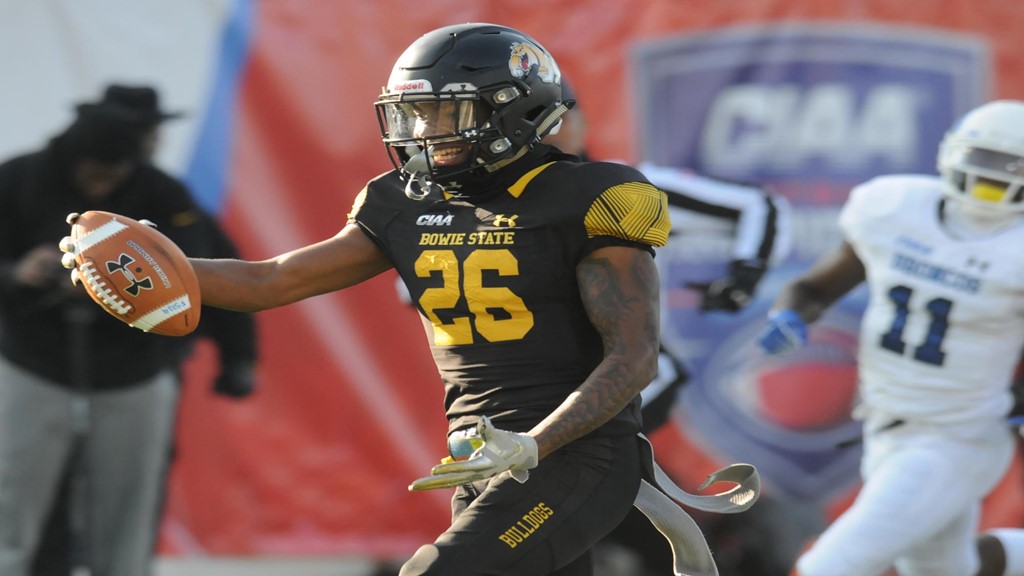 Another former Bowie State defensive back, a former CIAA Defensive Player of The Year, is headed to Southern University.

For the second time in a week a former Bowie State football star has decided to head to Southern University.

Former CIAA Defensive Player of The Year Demetri Morsell has decided to transfer to SU. He made his announcement via social media on Wednesday.

The 5’11, 180 pound cornerback from Upper Marlboro, MD helped BSU win a CIAA championship in each of his three seasons on the field. After contributing as a freshman in 2018 he had a dominant season in 2019. The sophomore picked off nine passes that season, including multiple-pick games against Winston-Salem State, Virginia Union and Lincoln. He earned All-CIAA and All-American nods for his performance along with his CIAA DPOY trophy.

Bowie State and the rest of the CIAA sat out the 2020 season due to COVID-19. Morsell didn’t record any interceptions last season, but the did break up five passes.

Morsell was one of several Bowie State players to hit the transfer portal in late May as BSU head coach Damon Wilson prepared to take the Morgan State job. He posted offers from  Eastern Kentucky, University of South Florida and Delaware State along with Alabama A&M and Southern University.

Ultimately, though, Morsell has landed at Southern where he will see at least one familiar face. Jordan Carter, another former Bowie State defensive back, committed to Southern earlier this week. With what appears to be an arms race to get big, talented receivers in the SWAC, adding two playmakers to the new-look SU defense just makes sense.