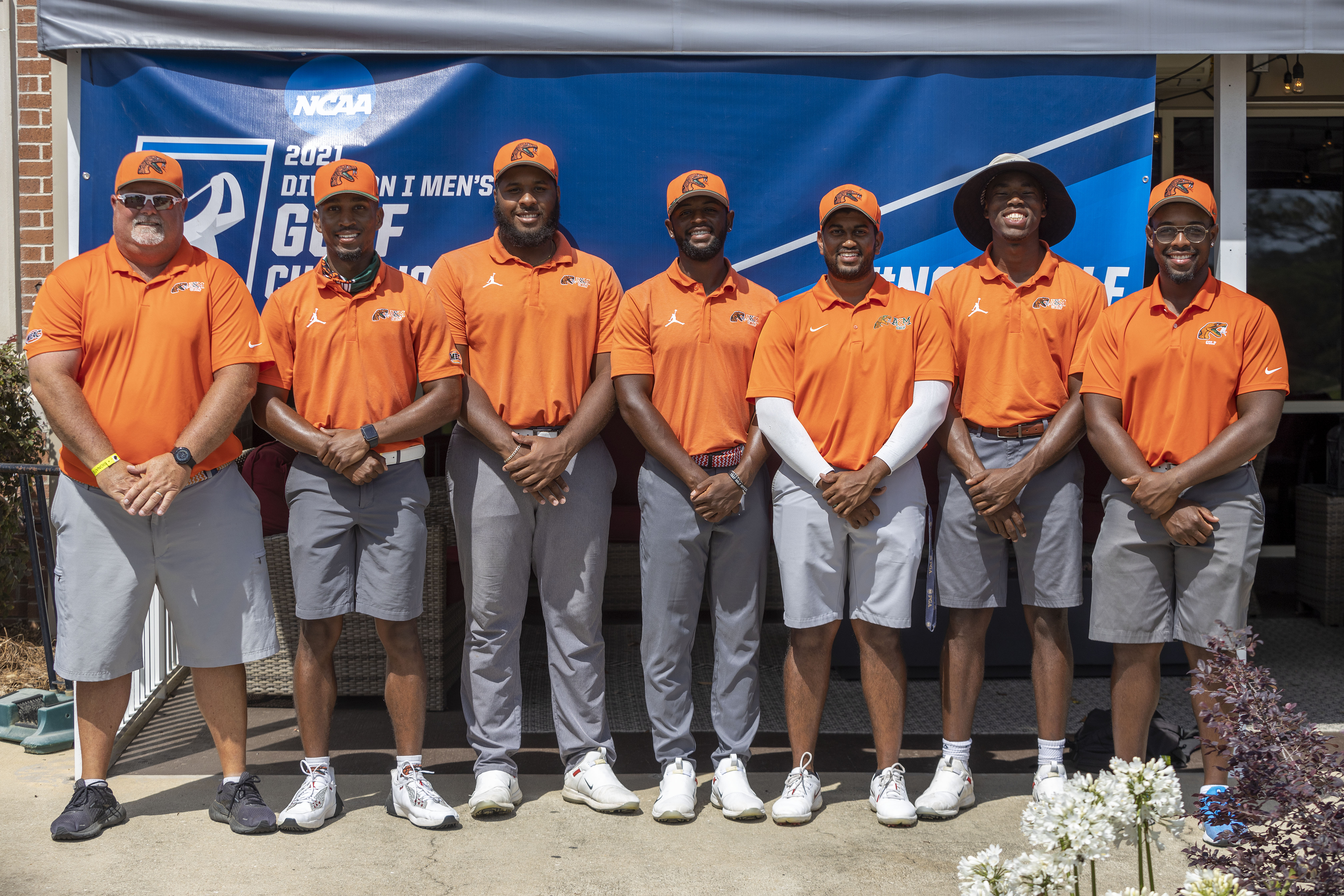 The Florida A&M golf team is putting up amazing numbers both on the course and in the books. The FAMU golf team scored a near-perfect 993 APR for the 2020-2021 rating.

The June 14th release of the 2020-2021 APR report by the NCAA confirmed that the FAMU Athletics Department overall made great grades in academic progress.  Led by the FAMU golf team, coached by Mike “JD” Rice, golf has maintained an average of 993 over the last four years.  Considering Rice has had to rebuild the team after graduating five stars last season with four of them playing professional golf on the APGA Tour currently, his dedication to academics is first and foremost.

“We work hard at it and we monitor them constantly.  I ask the questions about their classes and tell my guys I don’t want any surprises.  I work diligently with the academics department within athletics and rely heavily on progress reports they issue,” Rice told HBCU Gameday. “If you don’t have a 3.0 GPA, as a member of our golf team you are mandated to take study hall.  I continue to challenge the guys to be the best academic team in athletics.  Another key is we’ve got guys that help each other.  We’ve got some really smart guys on our team and when we find one on our team that has struggles, we pair them with one of the smarter guys and it seems to work wonders.”

FAMU golf is experiencing success on and off the course.  It wasranked the No.2 minority golf team and was selected to participate in the inaugural Charlie Sifford Cup.  The tournament which is put on by the PGA Tour, mimics the President’s Cup tournament.  The minority teams will compete for a one day championship in Charlotte, NC in late August.

Following close behind golf are softball and men’s basketball.  Softball turned in a 975, while men’s basketball pulled down a 974.  Women’s tennis followed suit with a 966, while volleyball raked in a 964.  FAMU bowling also garnered a solid 962.  All of these ratings were excellent according to NCAA standards.

Overall, the academic side of FAMU Athletics has remained strong with a few exceptions.  With the turnover at the athletics director position, it is a testament to the strong academics department at Florida A&M Athletics, that so many programs have achieved excellent ratings.