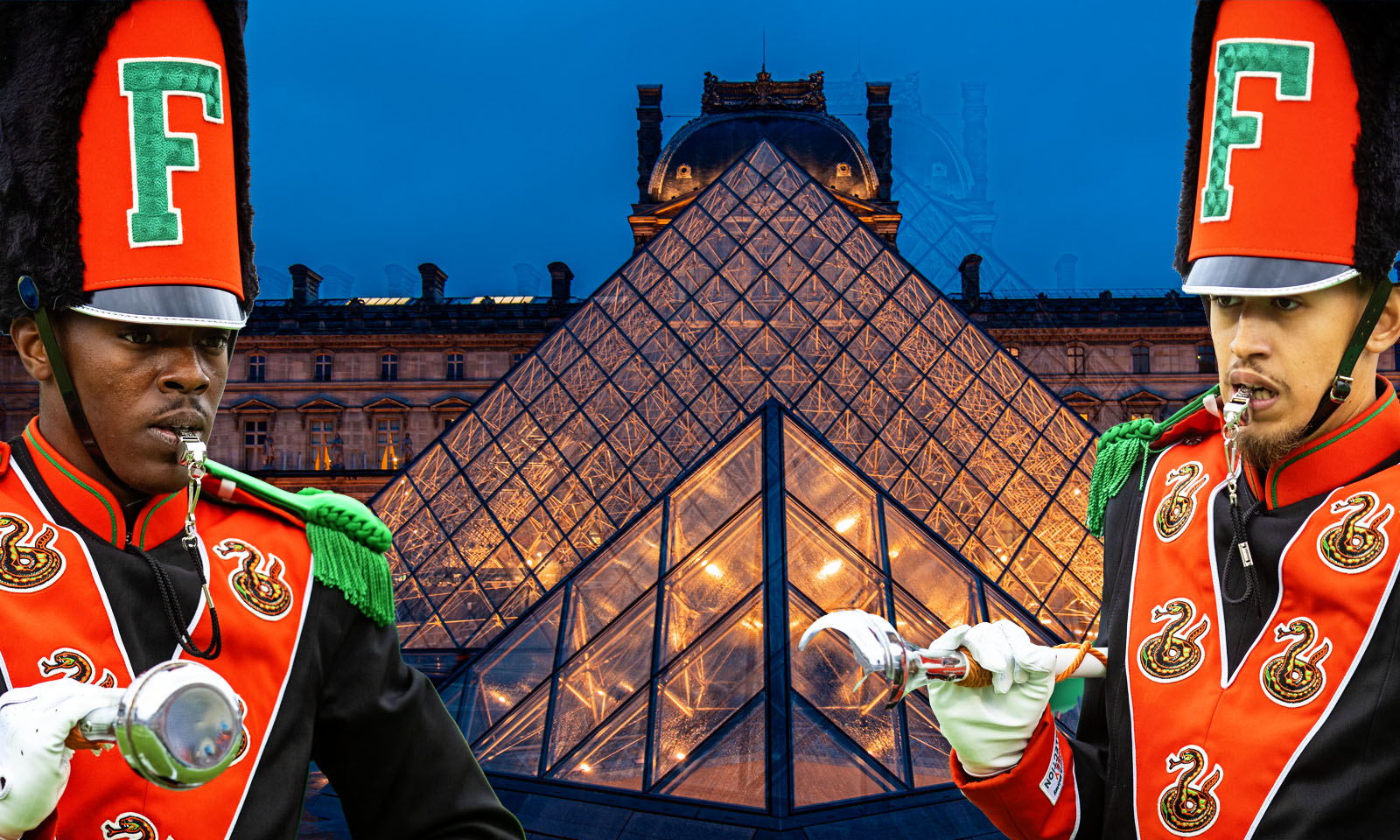 Marching 100 to perform for Louis Vuitton in Paris

This will be the band’s second performance in Paris, with the first being a 1989 invitation by the French government to participate in their Bastille Day Celebration.

It’s like Deja vu. The Florida A&M University Marching 100 has been invited back to Paris, France to perform.  This will be the band’s second performance in Paris, with the first being a 1989 invitation by the French government to participate in their Bastille Day Celebration; a weeklong celebration of their 200th year of independence.

That first performance was in 1989.  There is an amazing connection between the two performances which are more than three decades apart.  Current FAMU Director of Marching Bands Dr. Shelby Chipman was the trumpet section leader when the band appeared in Paris in 1989.  He still has fond memories of the first trip.

“Having the opportunity to march down the Champs Elysees was amazing. With all the people following the FAMU band when we were playing James Brown riffs and doing the moonwalk, so I’m looking forward (to it),” Chipman said.

The opportunity was a split-second decision from possibly not happening at all.  Chipman got the call from an international number and like many of us, he assumed it was a spam call.  Unlike what most do, his instincts told him to answer it.  “I received a call on May 31st.  I was sitting in my office getting ready for another meeting and a board of trustees meeting coming up and lo and behold this phone call came in with these digits 44-6373 and I was like okay what’s this all about?  Is it a spam call, is it a prank call and I was really about to not answer the call…I really was.  Lo and behold I picked up the call and the gentleman Max Leader representing the Louis Vuitton production crew and sponsors of the men’s fashion show in Paris, France said Dr. Chipman we’re understanding you’re the director of bands and we wanted to let you know that the Louis Vuitton Corporation would like to invite the Florida A&M Marching Band to Paris, France all expenses paid trip to perform for this fashion show.  I got stunned in my office.  As I told some other reporters, I was about to drop the phone because I was in disbelief,” Chipman said.

Chipman continually pays homage to the historic directors, band members and accomplishments that built the Marching 100 brand.  He also acknowledges that recently, the band has been elevating their visibility with performances like the NBA All-Star Game, performing with Tye Tribbett in a video filmed on campus, participating in the first-ever virtual inauguration ceremony and the Pasadena Tournament of Roses Parade.

The Marching 100 will carry the banner of HBCU bands

With that being said, the mad scramble is on.  With it being the Summer break, Marching 100 members are scattered to all four corners of the country.  Selecting 35 members to travel and perform was not an easy task, but ensuring that they have valid passports is even tougher.  Louis Vuitton has committed thousands of dollars to help ensure the rapid passports are achieved.  The entire travel will be about a week.  Two tours of Paris have already been set up for the band members.  While the band will perform in Louis Vuitton designer outfits for their performance, they will also carry their FAMU uniforms for photos and possibly another performance in Paris.

Marching 100 to perform for Louis Vuitton in Paris