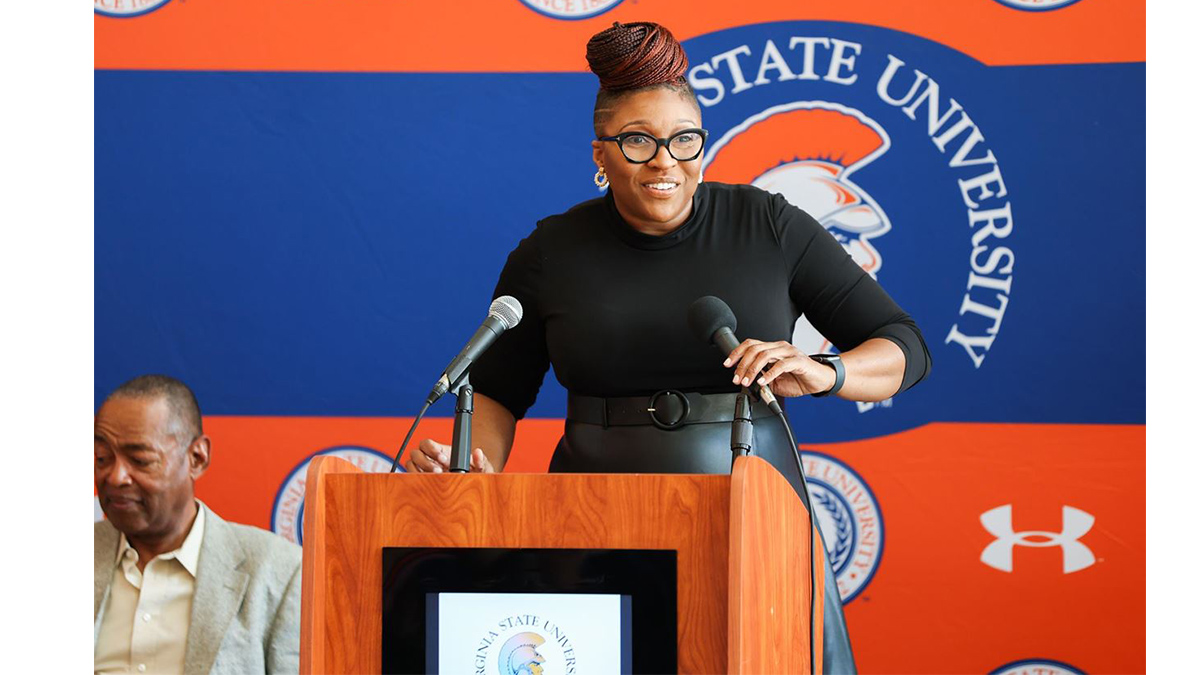 She played Div. I basketball and in the WNBA and has extensive HBCU and Div. I coaching experience.

Virginia State has named a new women’s basketball coach who will bring extensive HBCU, Div. I and WNBA experience to the position.

Nadine Domond was identified Wednesday as the sixth Lady Trojans head coach. She will inherit a program that finished 8-20 overall this season under head coach James Hill Jr. VSU finished 4-12 in CIAA play and at the bottom of the Northern Division with a 1-9 mark. Hill had led the program for 13 seasons.

Domond played at the University Iowa under Hall of Fame head coach Vivian Stringer from 1994-98. She was a second team all-Big Ten point guard and finished her career among the school’s leaders in assists. Iowa won the 1997 Big Ten championship and advanced to three NCAA Div. I Tournaments during her stay. Prior to Iowa, Domond scored 2,300 points during a storied Connecticut Hall of Fame career at Bridgeport (Ct.) Central High School. She was considered the top point guard in the nation coming out of high school.

Following her collegiate career, Domond was the 19th overall pick by the New York Liberty in the 1998 WNBA draft. She also suited up for the Sacramento Monarchs. Domond also has extensive overseas experience having played in France, Poland and Israel. Domond led Bnei Yehudo to the championship playoff for the first time in history.

“Coach Domond is a proven winner within the Rutgers, Grambling State and Hampton University community,” said Associate Vice President for Intercollegiate Athletics Peggy Davis. “We are enthusiastic to have Coach Domond on board who brings along a wealth of knowledge, experience and success to Virginia State University to give our student-athletes an experience they rightfully deserve.”

Domond began her coaching career as a graduate assistant at Hampton University in 2002. She was elevated to assistant coach for the 2003-04 season. During the 2002-03 season, the Pirates posted a 23-9 overall record and 17-1 in MEAC play. They won the MEAC title and earned the league’s automatic bid to the NCAA Tournament.

Domond also coached in the Boo Williams Summer League for elite AAU teams. She won the USJN Championships in Washington, D.C. in 2012. Additionally, she spent time coaching at the high school level.

“I came here to win championships and make this a national powerhouse for women’s basketball. I want people to become overwhelmed with excitement when they think about Virginia State University Women’s Basketball. I am thankful for those who came before us but now it’s time to take the VSU Women’s Basketball culture to another level.”