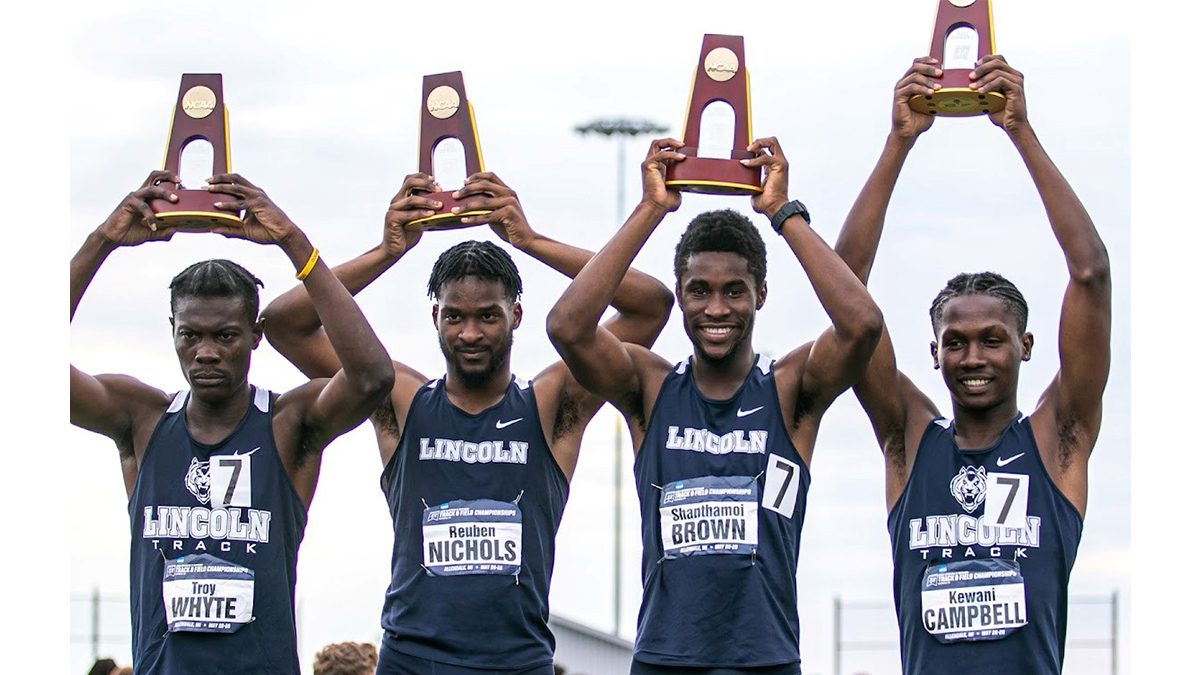 The Lincoln men’s 4×400 meter relay team of Kewani Campbell, Reuben Nichols, Shanthamoi Brown and Troy Whyte won the national title with a time of 3:05.88. Kizan David, meanwhile, was the men’s national runner-up in the long jump with a leap of 7.89m.

LU women also took fifth in the 4×100 meter relay, with the foursome of Shantae George, Shevanae Thomas, Monae Carey and Hughasia Fyffe clocking in at 45.58. Shanette Allison was the national runner-up in the 100 meter hurdles, clocking in at 13.68, while Sophia Myers placed 10th in 34.55.

In the men’s 4×100 meter relay, the team of Shemar Fletcher, Jamar Treasure, Imar Tomlinson and Reuben Nichols took eighth after clocking in at 40.63. Rashane Bartlett timed in at 14.09 to take fifth in the 110 meter hurdles.

The Blue Tigers also had a pair of All-American finishes in the 400 meter hurdles. Whyte placed third overall, clocking in at 50.28. Campbell checked in at eighth, timing in at 51.77. Nichols, who came in with the best 400 meters time, finished ninth and did not generate points in the event with a time of 47.69.

Fayetteville State scored 11 points to finish 25th in the women’s competition while Albany State had six points to finish tied for 34th. FSU’s Mya Johnson finished sixth in the 400 hurdles (59.15) to score three points while teammate M’Smyra Seward was second in the long jump (6.22 meters) for eight points.

Albany State got six points by virtue of Sydney Blackburn’s third-place finish in the discus (49.09 meters).