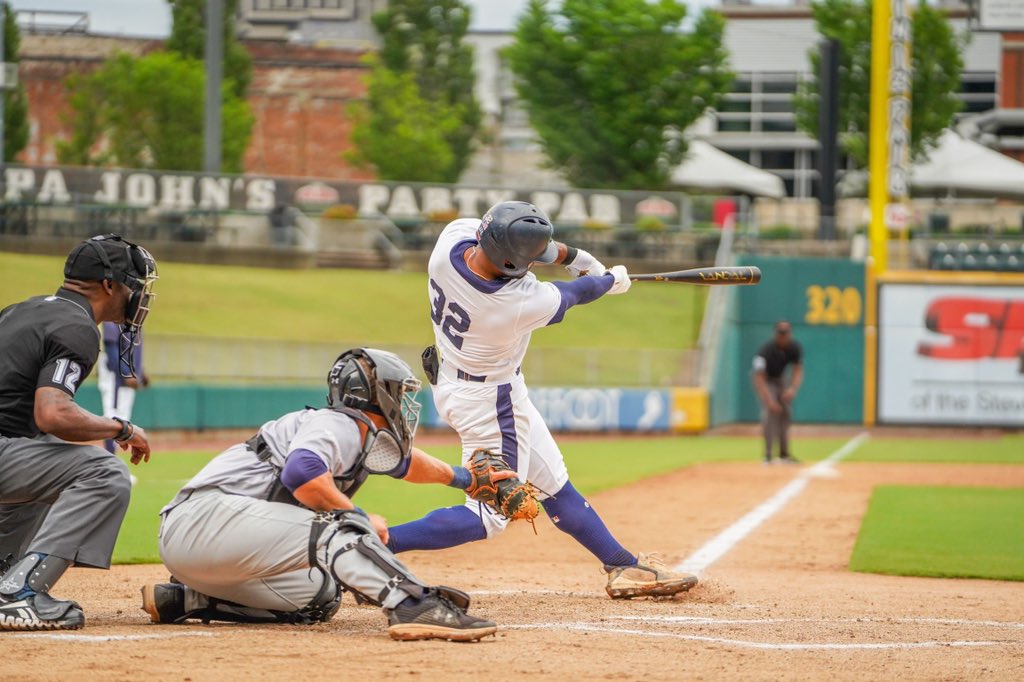 “Play until the end,” said Southern head coach Chris Crenshaw. “We played like us until the end – resilient.”

BIRMINGHAM, Ala. – The Southern Jaguars outlasted the Jackson State Tigers winning by a score of 8-7 to advance at the 2022 SWAC Baseball Tournament. Southern will move on to face the Florida A&M Rattlers.

“Play until the end,” said Southern head coach Chris Crenshaw. “We played like us until the end – resilient.”

The Jaguars had a total of 13 hits, two of which were home runs by O’Neill Burgos and Taj Porter.

B1 | Jovante Dorris doubled down the right field line. Burgos doubled to left center, advanced to third on the throw as Dorris ran to home plate to score (1-1).

T5 | Hill doubled down left field line. El’Rico Riley doubled down to left center and Hill scored. Evans singled to left field as Riley advanced to third. Atterberry reached first from a fielder’s choice and advanced to second from a throwing error, and Riley scored (7-4, JSU).

B8 | JJ Rollon reached first from a fielding error. Justin Wiley hit a SAC Bunt to help Rollon advance to second. Armstrong was walked. Burgos singled to left center and advanced to second on the throw as Rollon reached home to score (7-7).

B9 | Porter was hit by pitch. Jalon Mack enters as a pinch runner for Porter. Hunter Tabb doubled down the left field line and Mack advanced to third. Rollon hit a SAC Fly to help Mack score (8-7, SU).

Up Next at the 2022 SWAC Baseball Tournament