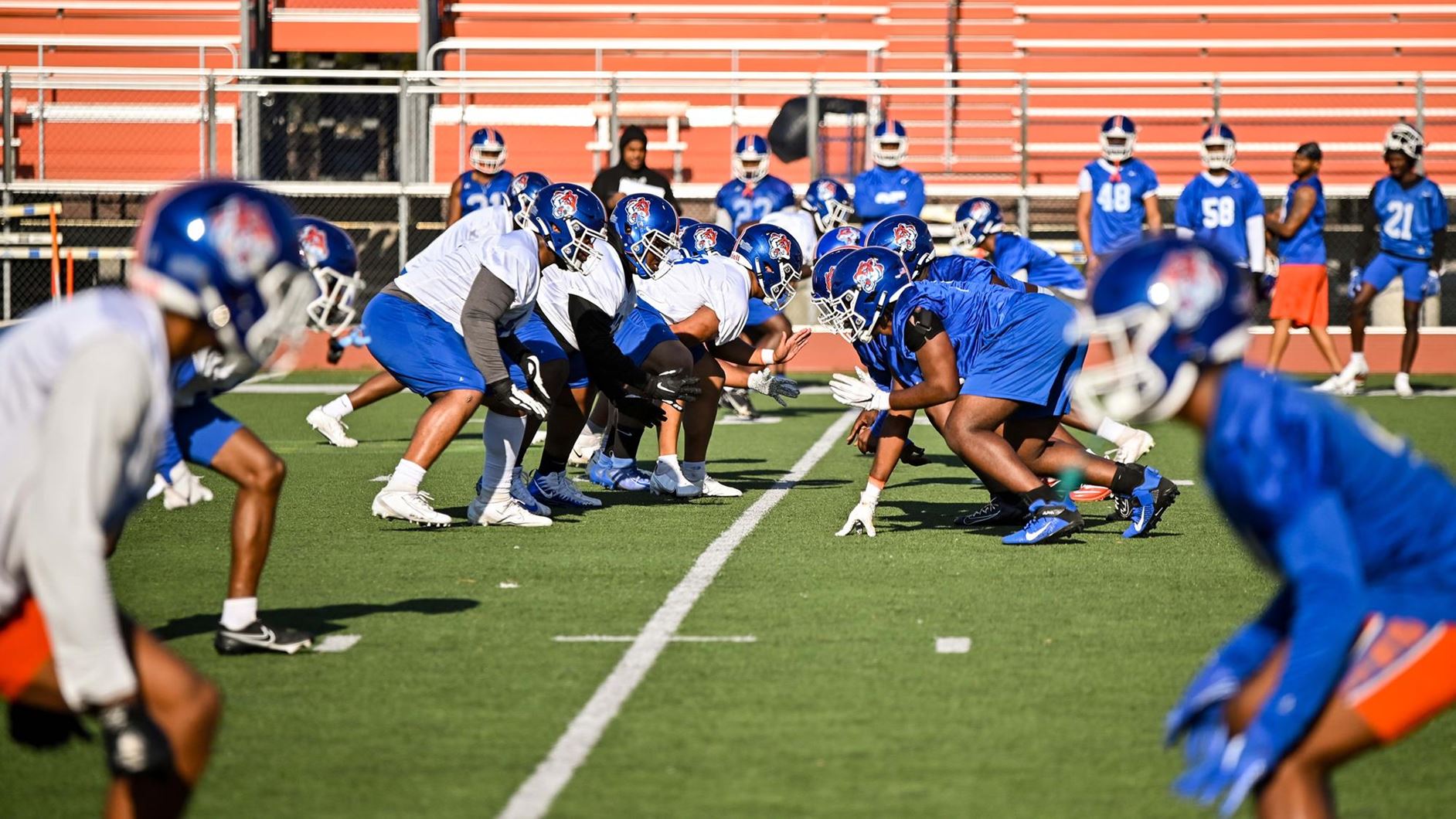 Savannah State had to alter its schedule after Livingstone College pulled out of its opener.

SAVANNAH, Ga. – Savannah State football has announced the 2022 campaign ahead of the program’s 120th year of competition.

This year’s schedule, the first for new Head Coach Aaron Kelton, features four away games and five home games—with one home game being played in Macon, Georgia. Season tickets for the 2022 season will go on sale in early June.

Savannah State was scheduled to open the season on Sept. 3 against Livingstone, but the opponent pulled out of the game. The date remains open with the possibility of a game to be announced at a later date.

“The unexpected cancellation of the opening game delayed our schedule release,” Director of Athletics Opio Mashariki said. “We were hoping to fill this open date prior to releasing the schedule. At this point we want our fans, student-athletes, and alumni to be able to make plans for the current schedule as we work diligently to find a game for Sept. 3.”

The Tigers are currently scheduled to open the season on Sept. 10 in Jacksonville, Florida against Edward Waters in a Southern Intercollegiate Athletic Conference (SIAC) East Division battle.

Savannah State travels to Columbia, S.C. on Sept. 17 for another SIAC East Division game against Benedict College. On Sept. 24, the Tigers face Morehouse College in Atlanta.

On Oct. 1, Savannah State will host its first home game of the season against Kentucky State. Kick-off is set for 6 p.m.

The next week, Oct. 8, the Tigers will host Virginia University of Lynchburg in the season’s only non-conference game for Homecoming. Kick-off is set for 3 p.m.
Savannah State heads back to Atlanta for an Oct. 15 SIAC game against Clark Atlanta before three home games to end the season.

The Tigers host Albany State on Oct. 22 in Theodore A. Wright Stadium in an SIAC showdown. On Oct. 29, SSU will play Fort Valley State at the Macon Central City HBCU Football Classic in Macon, Georgia as the home team.

SSU enters their third year of competition in the SIAC—not including the 2020 season which was cancelled due to the pandemic.

The Tigers have been extremely successful following their return to the conference. They’ve compiled 10-1 SIAC record and a 15-5 overall mark through the 2019 and 2021 seasons.

Savannah State football began on Thanksgiving Day 1902 when Georgia Industrial College won its only game of the year.