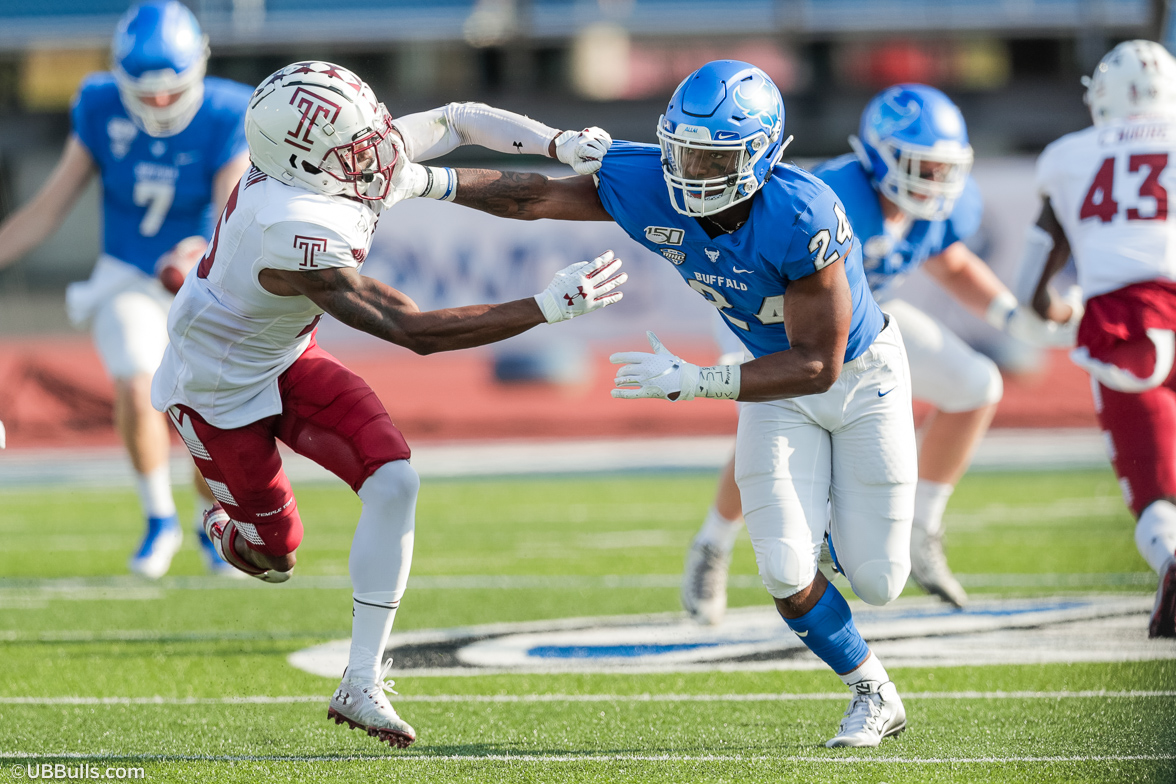 The 6’2″ 205 pound safety played three seasons for Buffalo. He picked up 68 tackles in 2021, 34 assisted and 34 solo. Gross made the announcement via social media on Monday morning.

He ranked second on the team in tackles and was also named a Academic All-MAC selection. He had a season high 13 tackles against the University of Miami-Ohio.

In high school Gross was a three-time All-State selection who played both running back and defensive back. He averaged 9.5 yards per carry as a running back for the Blue Devils where he was the District 4 Player of the Year at Brockport High School.