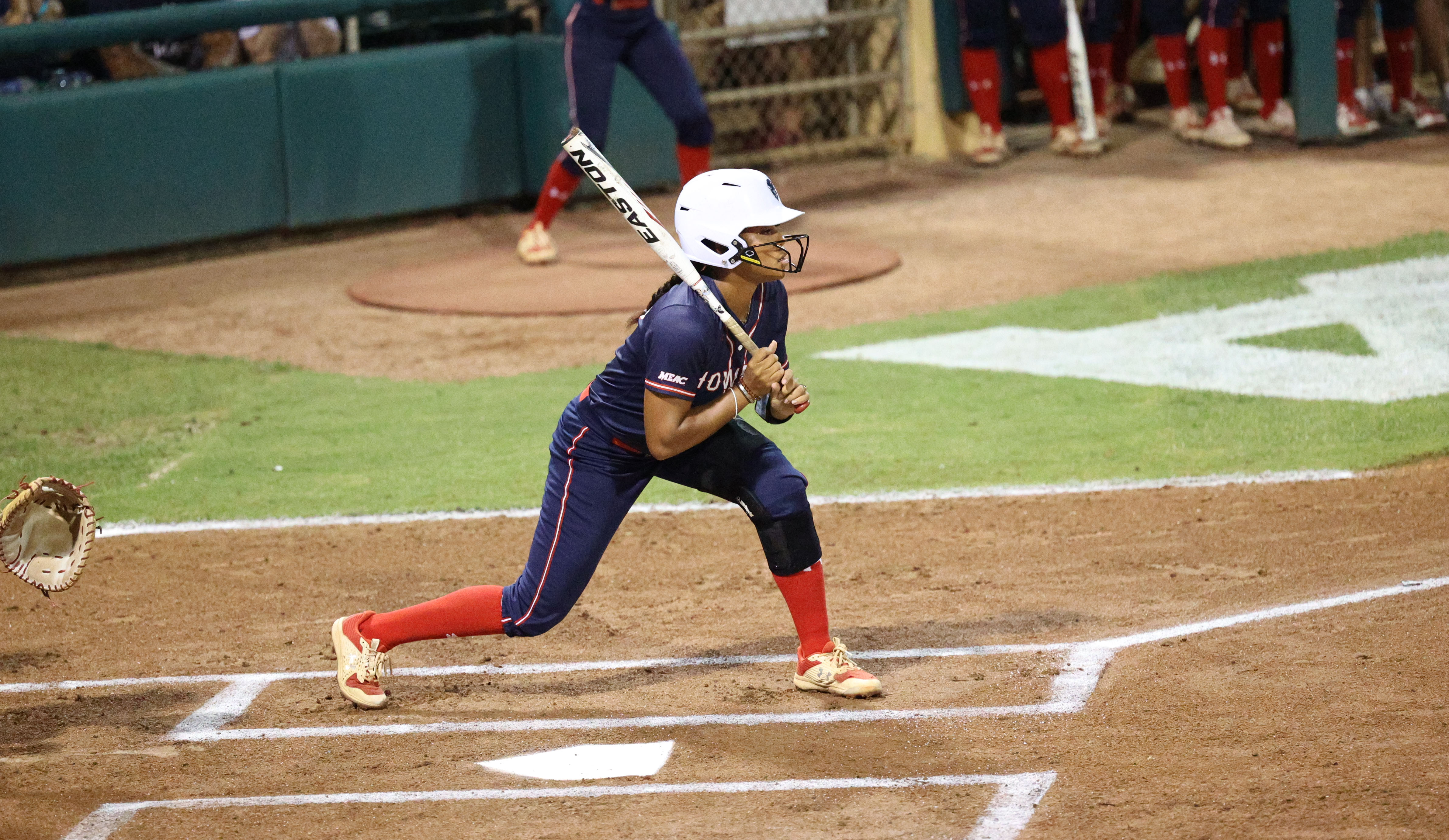 “I was pretty excited about just getting our girls out there,” said Howard softball head coach Tori Tyson. “What an opportunity for them and I don’t think the box score tells the truth of the game. I don’t think it talks about the juice of it.”

HU (31-23) hung tough against the Seminoles early on, thanks to graduate pitcher Analise De La Roca (San Pedro, Calif.). The California native held FSU (53-5) to only one run in the first three innings.

“I thought Analise (De La Rosa) threw it good,” Tyson stated. “I am extremely proud of the outing she had and to be honest, I thought we had some competitive at-bats.”

Despite Howard keeping Florida State off the board, HU was unable to get into a rhythm at the plate. FSU’s Danielle Watson tossed a no-hitter in five innings of work.

“I thought we were competitive at-bats against one of the top pitchers in the nation,” Tyson continued. “We did a good job at just getting to the pitch that we trained for against her. Obviously, I just want to see a little more execution. You never want to see a no-hitter.”

The Seminoles added three runs and extended their lead to four, 4-0, in the bottom of the forth.

Florida State’s momentum continued into the fifth with four more runs, highlighted by a game-ending RBI-single from Chloe Culp, 8-0.

Jahni Kerr produced three RBIs in the Seminoles win. FSU squares off against South Florida (USF) Saturday (May 21) at 1 p.m.

Howard University will face Mississippi State in an elimination game Saturday at 3:30 p.m. Winner of this contest meets the loser between FSU and USF in another elimination match. First pitch is slated for 6 p.m. at JoAnne Graf Field in Tallahassee, Fla.

“Our team has a lot of fight and that showed a lot in the MEAC Tournament,” said Howard senior Camille Navarro. “I think with that experience and playing Norfolk (State) and Morgan (State) multiple times, having to fight back constantly will help us tomorrow just stay in the ballgame as long as possible.”