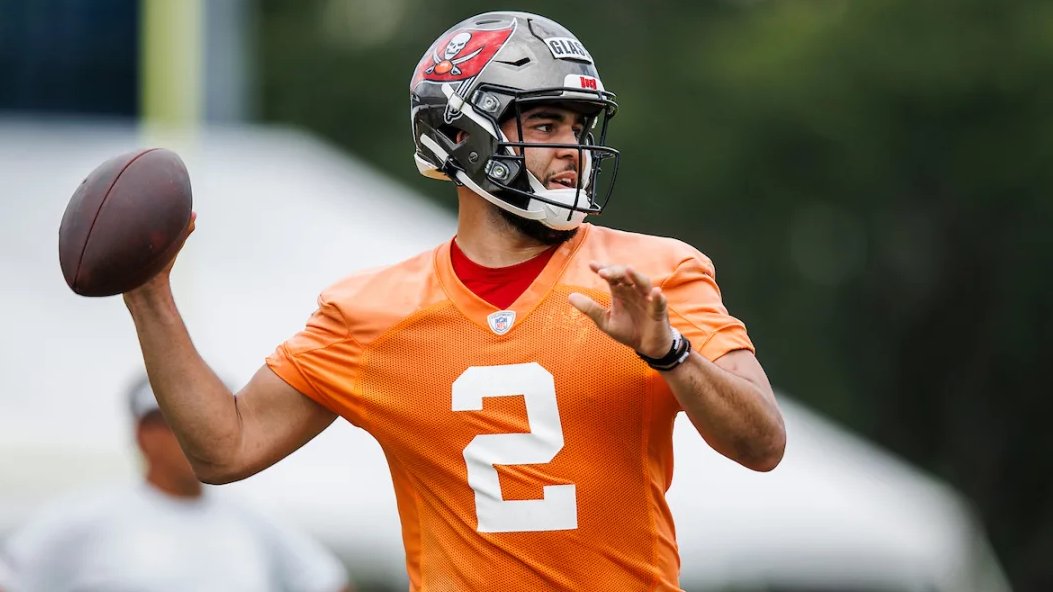 Several NFL teams are in need of his talents.

Aqeel Glass found himself undrafted and currently unsigned after a stellar career under center at Alabama A&M University. Glass earned a mini-camp tryout with the Tampa Bay Buccaneers but was not able to stick with the team due to their crowded QB room.

Greg Auman of The Athletic reported on Twitter that Aqeel Glass had “a few nice throws” at the Buccaneers minicamp. He followed up with the fact that Glass would be the fifth quarterback on the Buccs roster which is more than the team typically carries. After going unsigned immediately after camp, there are still several NFL teams that could use his talents.

The Panthers have yet to figure out their QB room since the end of the Cam Newton era. Carolina recently tried to trade for Deshaun Watson after the young Sam Darnold had a sub-par year starting for the first time. They proceeded to draft Matt Corral from Ole Miss in the 2022 NFL Draft after missing out on Watson. Corral is another project QB who has not shown that he can start right away in the NFL. It will be a battle at training camp between Darnold, Corral, and rookie Davis Cheeks. Aqeel Glass could automatically compete for a spot on the Panthers roster. The team is looking for a young QB to rise up and take the reigns on the team.

The Texans remain in a complete rebuild after losing several franchise players over the past couple of years. This includes JJ Watt, Deandre Hopkins, and their electrifying young QB Deshaun Watson. With Watson out of town, the team needs options under center. The quarterback room currently consists of Davis Mills, Kyle Allen, Jeff Driskel, and Kevin Hogan. Mills and Allen are two young and unproven guys while Driskel and Hogan are veteran journeymen. The Texans are another team desperately needing someone to step up at QB.

The Seahawks are preparing for their first season without former franchise QB Russel Wilson under center. The Seahawks are in quick need of a new signal-caller now that Wilson was traded to the Broncos. Veteran Geno Smith and young Drew Lock are the prime guys battling for the QB1 position at training camp. Neither of these guys has continuously impressed on the NFL level and the Seahawks should prepare to have depth behind them. Aqeel Glass could compete for a spot on the team and put pressure on these guys at training camp. It is still anyone’s spot in Seattle.