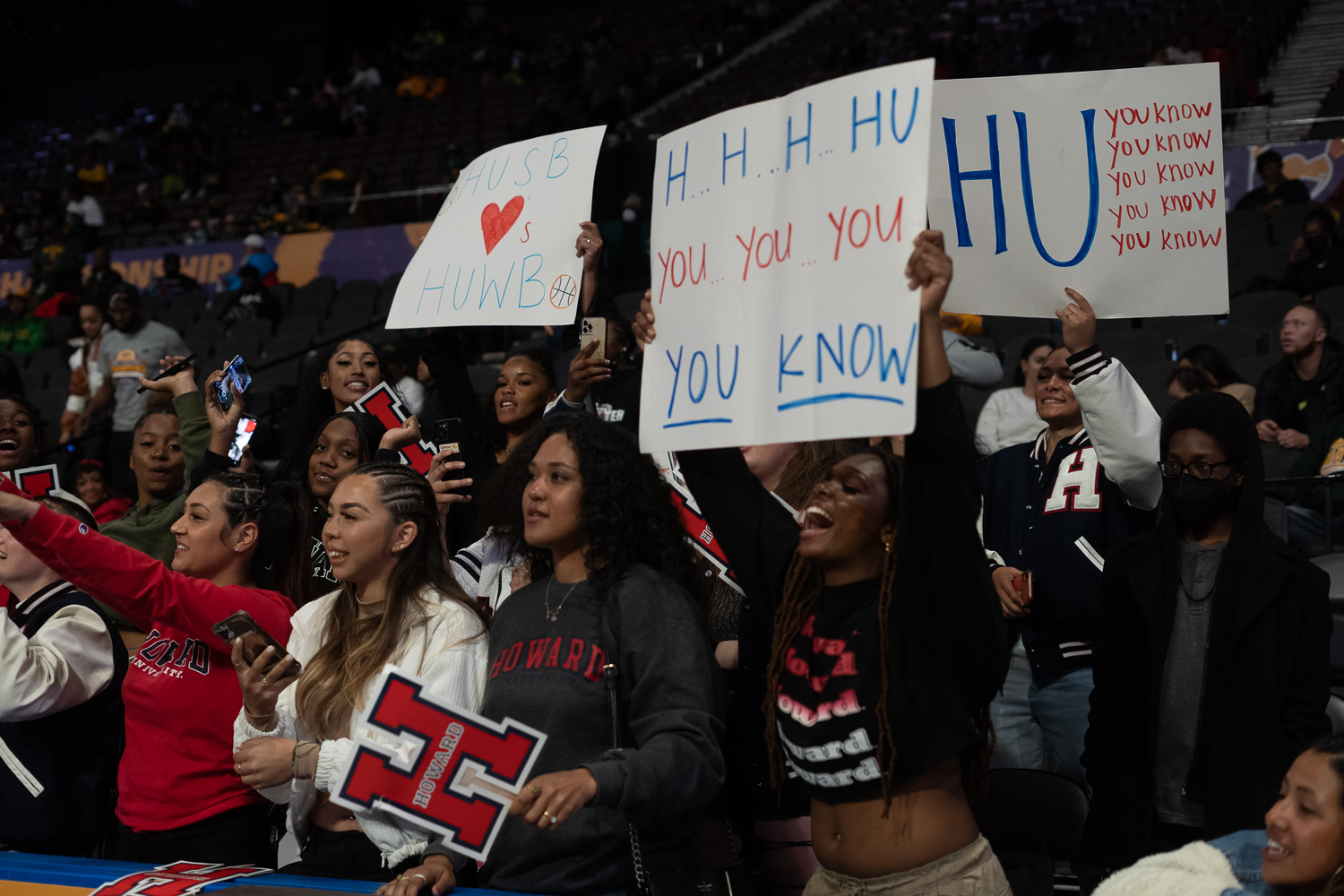 Howard University softball has truly developed into a family under Tori Tyson. The MEAC champions are looking to make noise in the NCAA regionals.

March 18 is always a big day for Howard University softball head coach Tori Tyson — but even more so this year.

Wednesday was her the ninth birthday of her daughter, Skylar. It was also the day Tyson and her MEAC title squad hit the road to Tallahassee to prepare for its NCAA softball regional.

“Today is my baby’s birthday,” Tyson told HBCU Gameday from a restaurant in Tallahassee, FL. “And just for her to be with us as we take on our first regional together as a group and be able to be there and experience this with me means the entire world.”

It was a fitting moment joining Tyson’s personal and professional lives. Her team has rallied around Skylar after her father, Dylan, passed away unexpectedly a few months back.

“This team has been her life support and she has battled this and often been my strength. I’ve had to figure out a way that I could get through a two and a half practice because I owe that to them. But again, just process these highs and the lows has been a lot and very, very heavy on us.”

Indeed, the road to the NCAA regional was far from an easy one. When Tyson inherited the program back in fall 2018, she inherited a program that had won just eight games the previous season.

“When you when you inherit a losing program, there’s things that are happening behind the scenes that you typically have to clean up first,” Tyson remembered. “We just lacked discipline in a lot of different areas. And so you don’t get that first run. It’s like the honeymoon phase. I came in and I took the job in November.I didn’t even know everybody’s name. We leave for Christmas break. I just teach them the basic fundamentals of games that can keep us competitive. But to clean up the culture was gonna take work and I knew I needed to get to know them.”

HU went 19-29 in Tyson’s first season. Then came the spring 2020 season which coincided with the beginning of the COVID-19 pandemic, which eventually shut down spring sports. Howard went remote for fall of 2020, so once again — no full year to move the program forward. But Tyson was determined.

“It is insanity to take an eight-win team no facilities, no nothing, and think that you’re going to win a conference championship,” Tyson said. “And I had to bet on myself and I had to make sure that we had athletes here that believed in that vision. And I had to recruit athletes that were crazy to believe in that vision as well.”

One of the athletes Tyson inherited was Camille Navarro. The second base star has been a mainstay in the program, and was named MEAC Player of the Year in 2021. Navarro is a superior athlete, but now she has more help which has helped HU become a better softball program.

“We’ve won a lot of games that Camille Navarro didn’t have a big hit. That Morgan State series, I think was the first time in her career to win a series without a hit so again it’s just it’s really cool to see how the program’s involved and how it’s helped her evolve.”

The 2022 MEAC Basketball Tournament finals are coming down to the wire. Howard University is taking on hometown favorite Norfolk State in the title game. It’s mostly a partisan crowd for NSU — except for the corner behind the Howard bench. A spirited group of young ladies in H-U paraphernalia cheers racociously for its team, which pulls out a tough win and cuts down the nets. It was the HU softball team.

“That’s family. Our women’s basketball team is family,” Tyson said.  “Coach Ty (Grace), before she took off for the tournament, it was shortly after Dylan had passed and she was going to take Skylar with her to the tournament. And I was like, you got to focus on your thing. But she’s like, ‘I don’t care… I feel like it just kind of speaks the testament of our relationship and the relationship the bond our players have with them.”

Two weeks later in the same city, that same group of young women helped bring a title of their own back to Howard. Tyson and the Bison finally broke through, winning the MEAC title for the first time since 2007 and just the second time in program history. Now it will face Florida State, the second ranked program in D1 softball, in its NCAA regional opener.

“We have nothing to lose,” Tyson said. “And so I really I think that we can respect Florida State —  and everybody in this tournament to be honest — and what they built. But we can also put some respect on our own name and our process and the work we put in. I think those two things can live together.”

Howard University opens up its NCAA regional play on Friday against host Florida State. The game is set to start at 8:30 P.M.