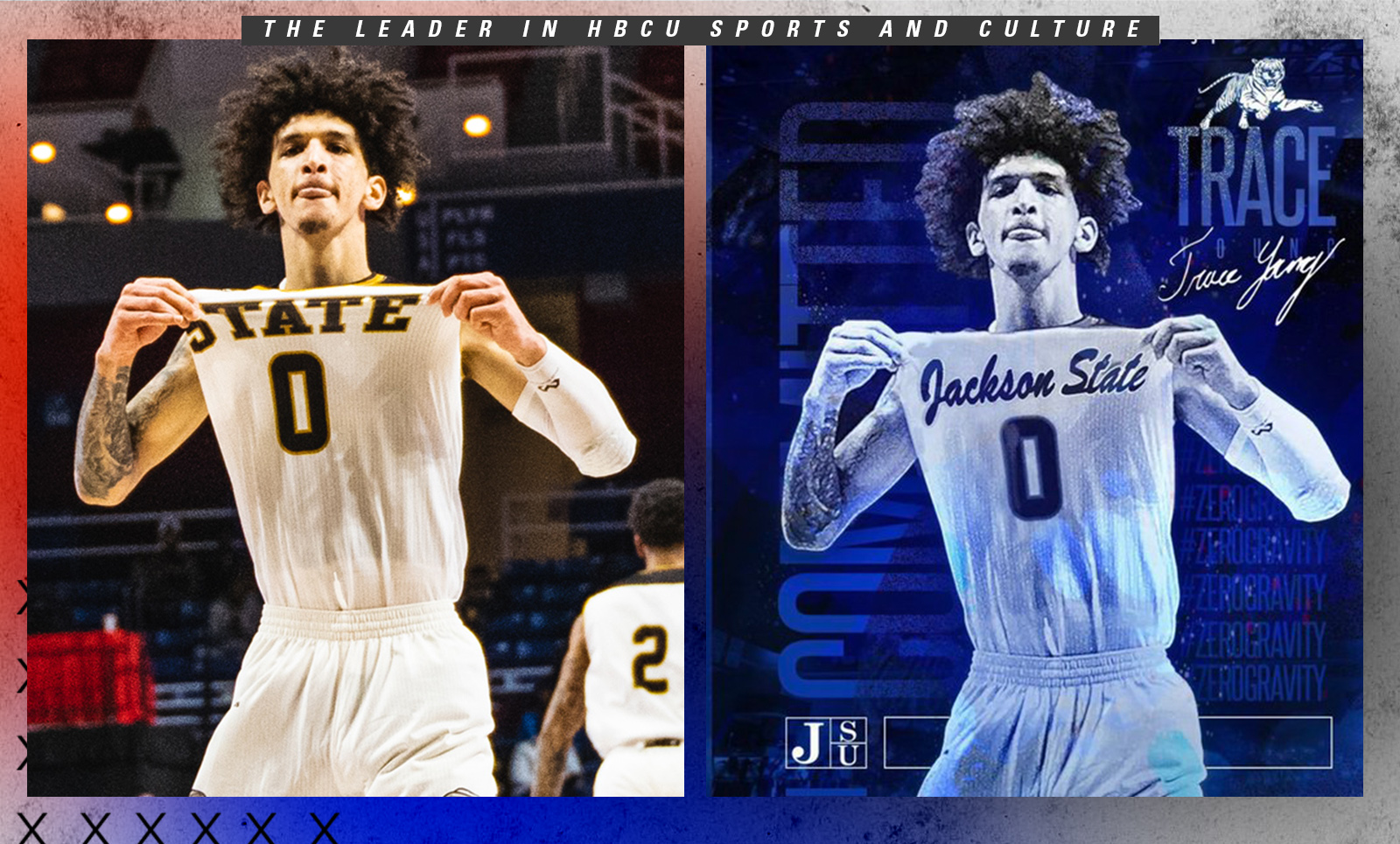 Mo Williams and Jackson State just picked up a commitment from a very familiar face.

Former three-star recruit and Alabama State guard Trace Young has decided to follow his former head coach and commit to JSU. Young announced his commitment to JSU via Twitter on Thursday.

“I heard Jackson State was trending so I thought I would add to it,” Young tweeted.

Young hit the transfer portal back in March just days after Williams left ASU to take over the head coaching job at Jackson State. He averaged 11.7 points and 5.4 rebounds per game at ASU during the 2021-2022 season.

Young arrived at ASU in 2020 with lots of hype and fan fare. Rated as a three-star guard out of high school, Young started his collegiate career at Wyoming where he averaged 6.8 points and 3.4 rebounds per game during the 2018-2019 campaign. He then left Wyoming and spent a year at JUCO John A. Logan College. In the spring of 2020 he announced that he would only be selecting HBCUs as transfer destinations. In the days before Mikey Williams’ declared HBCU interest and Maker Maker signing, this was big news.

Alabama State was not originally on Young’s list, however, he committed to ASU upon the hiring of Mo Williams that spring. Young would sit out the 2020-2021 season before finally putting on a uniform this season. His 23-point, nine-rebound game against Western Kentucky appeared to show that the hype was right, but other than a solid string of games in January which got him named SWAC Player of the Week, consistency was an issue for both he and ASU. Alabama State finished ninth in the SWAC this season, ending its season without a chance to play in the SWAC Tournament.

Now Williams and Young will reunite in the SWAC to try to get Jackson State back into contending for the conference crown.