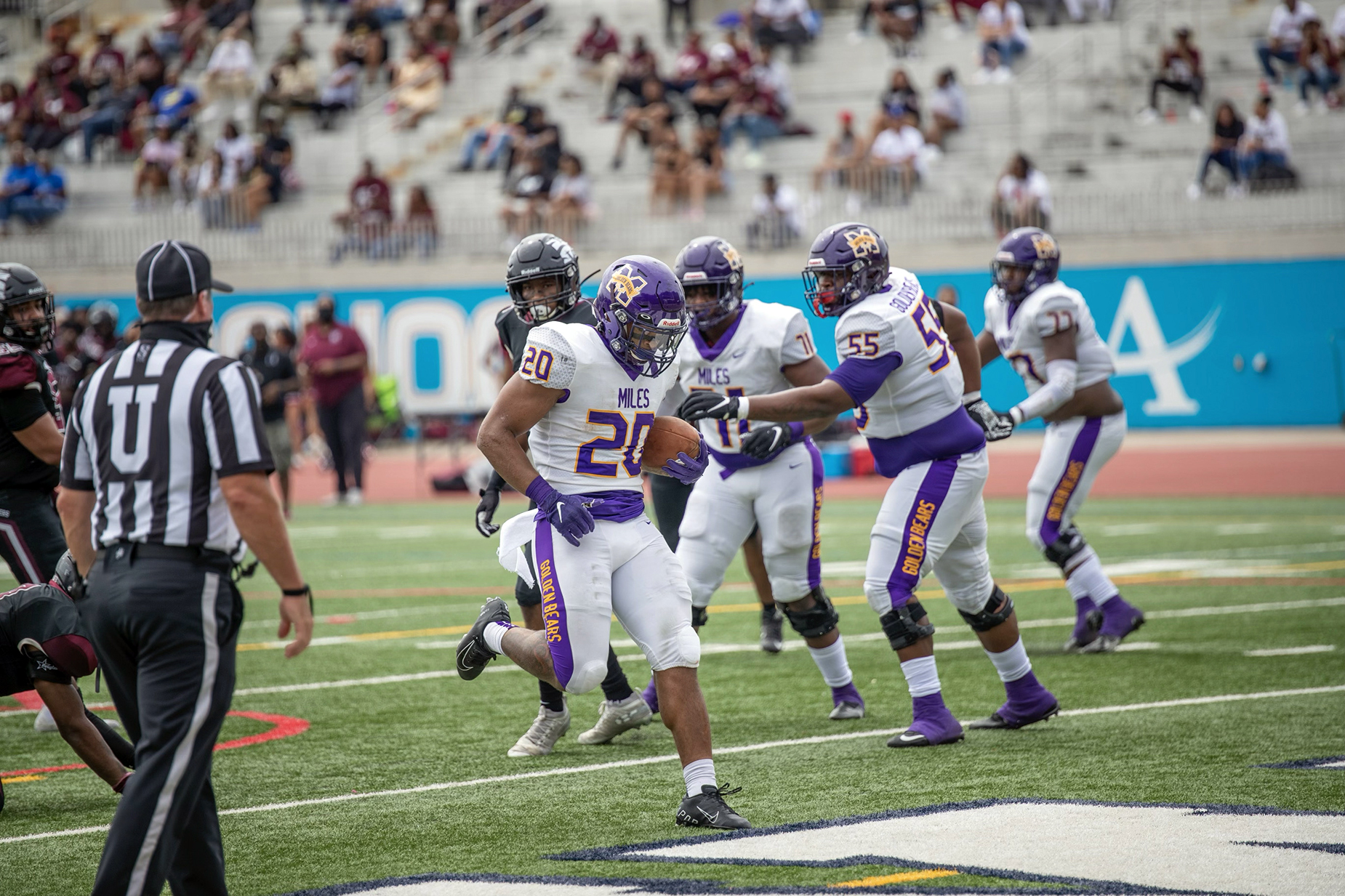 Former Miles student-athlete Kingston Davis has signed a contract with the New Jersey Generals of the USFL.

Former Miles student-athlete Kingston Davis has signed a contract with the New Jersey Generals of the USFL (United States Football League.) He is scheduled to begin practice with the team this week.

“This is a great opportunity to play and I’m elated to be a part of it, ” Davis said prior to signing his contract. “I’ve got to get in and learn the plays, learn the offense, as soon as possible. Hopefully I’ll be able to come in and contribute right away. But we’ll see. Only time will tell.”

Davis, a 6-foot-2, 225-pound running back from Montgomery, Ala., played his final collegiate season with the Golden Bears after earning his degree from Lane. Despite missing one game and splitting time in the backfield, Davis had an outstanding campaign in 2021. He rushed for 721 yards and six touchdowns on 128 carries. His 5.6 yards per rush led the team and his rushing yards were top-5 in the Southern Intercollegiate Athletic Conference. Davis also added 102 yards receiving.

During the season, Davis had three 100-yard rushing performances, including a career-high 170 yards and two touchdowns at Lane, which earned him SIAC Player of the Week honors.

“I want to thank God, first and foremost. My journey in making it to this level has been a long process,” Davis said. “I want to thank my family, fans and coaches. Everyone in my life, at some point, has inspired me and pushed me to get to this point. I can’t thank everyone enough.”

The Generals are 4-1 this USFL season. They are back in action on Sunday, when they play the Houston Gamblers at Protective Stadium in Birmingham. Kickoff is scheduled for 3 p.m. and the game can also be seen on FOX Television.