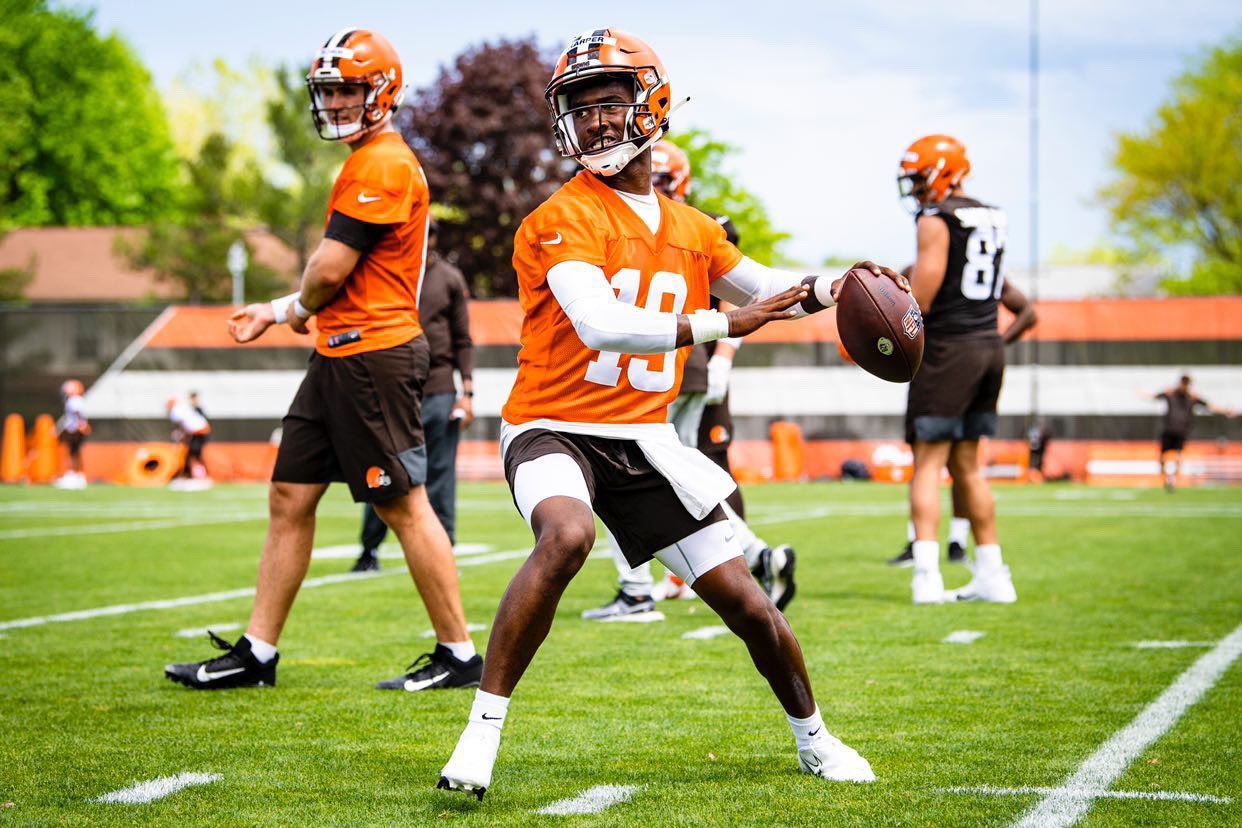 The Cleveland Browns have announced the signing of Alcorn State quarterback Felix Harper who was a tryout participant at the team’s rookie mini-camp.

Harper joins a Cleveland Browns quarterback room that includes Deshaun Watson, Joshua Dobbs, Jacoby Brissett, and Baker Mayfield. The Browns traded for Watson that past offseason and signed him to a mega-contract to make him the new face of the franchise.

Watson has some issues to iron out with the NFL that may result in him being suspended for up to 8 weeks once the 2022 season starts. This is why the organization is so focused on having capable backup QBs in its arsenal. Joshua Dobbs and Jacoby Brissett are two veteran journeymen. At least one of them should remain on the final roster because of their experience. Baker Mayfield was the franchise quarterback for the Browns for the past couple of years. Once the team realized that he may not be the one to take their talented roster on a playoff run, they traded for Watson. This move signaled that Mayfield will be traded as soon as the Browns find a suitable trade package. Mayfield should not be any competition to Harper as he will be off the team on any given day.

Harper wrapped up his career with the Alcorn State Braves as a two-time All-American and a two-time SWAC Champion. The quarterback put up 5,641 passing yards and 67 total touchdowns on a 61 percent completion rate over his three seasons of action. His 55 passing touchdowns landed him top 10 on ASU’s all-time pass touchdown list. Harper was named the SWAC Offensive Player of the Year in 2019.