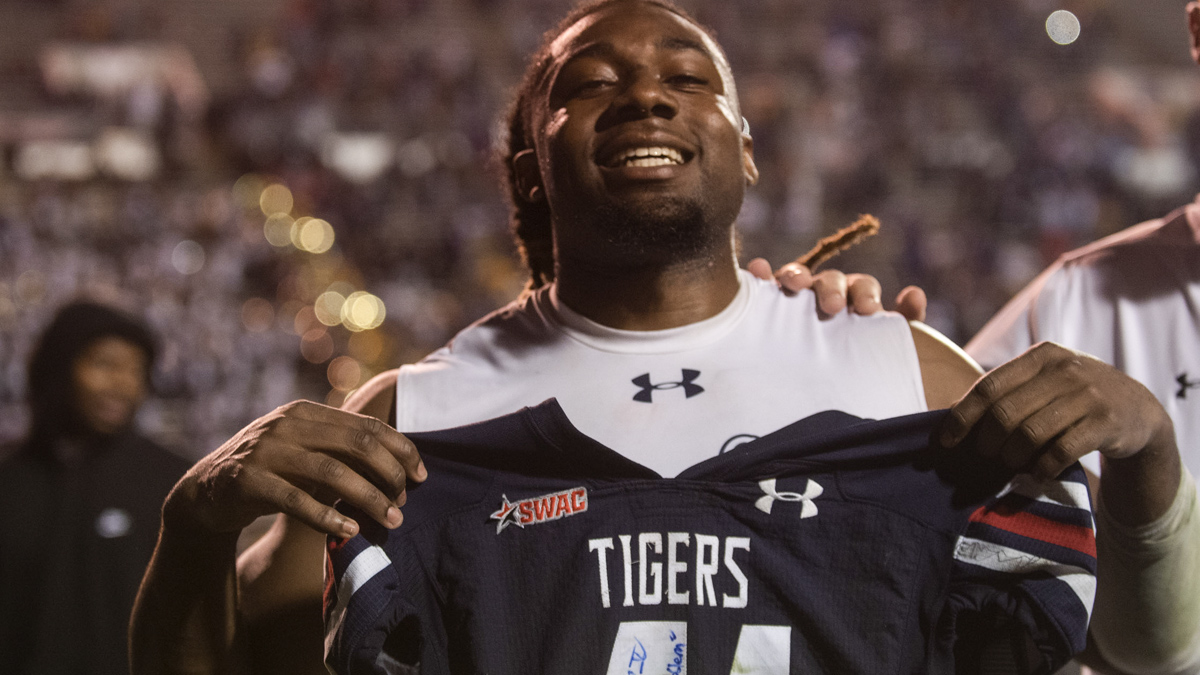 Former Jackson State linebacker/edge James Houston is happy to be in the NFL, but also has a chip on his shoulder.

James Houston is happy to be a member of the Detroit Lions — but he feels like he should have been picked higher.

The former Jackson State star was selected by the Lions in the sixth round in last month’s draft.

“I was just so grateful that they picked me. A team actually wanted me to come here. I am just going to give it my all,” Houston told All Lions Podcast following rookie mini-camp. “I am going to show them I am not no sixth round pick. I am a first round pick.”

Houston, of course, started his career at the University of Florida before joining Jackson State as a graduate transfer prior to the fall 2021 season. He responded with a monster season, helping JSU to a SWAC title and Celebration Bowl appearance while putting up big numbers. Houston spoke glowingly of his time at JSU and playing under Sanders.

“It was an amazing experience. Having a hall of Famer – arguably one of the best players to ever to touch the NFL field — having him have eyes on you all day, every day, and coaching you up. It was a once-in-a-lifetime experience and it was just great all-around, socially and on the field, as well as mentally and physically.”

Despite playing just one season at JSU, it’s clear that the experience is still with James Houston and he embraces being an HBCU product.

“I’m an HBCU guy, we all got that chip on our shoulder,” Houston said. “So just like I said, I was a sixth round pick, that don’t guarantee you no spot on the field or really on the team. Really I want to show them that they should have gotten me higher.”

When asked to rate how his performance in rookie camp was, Houston gave himself a nine out of 10.

“I’ve been doing pretty good out here. Just gotta clean up a few things,” he said. “I think I’ll be ready by camp to really be ready to compete for a starting role. But first, that comes with special teams and everything else.”