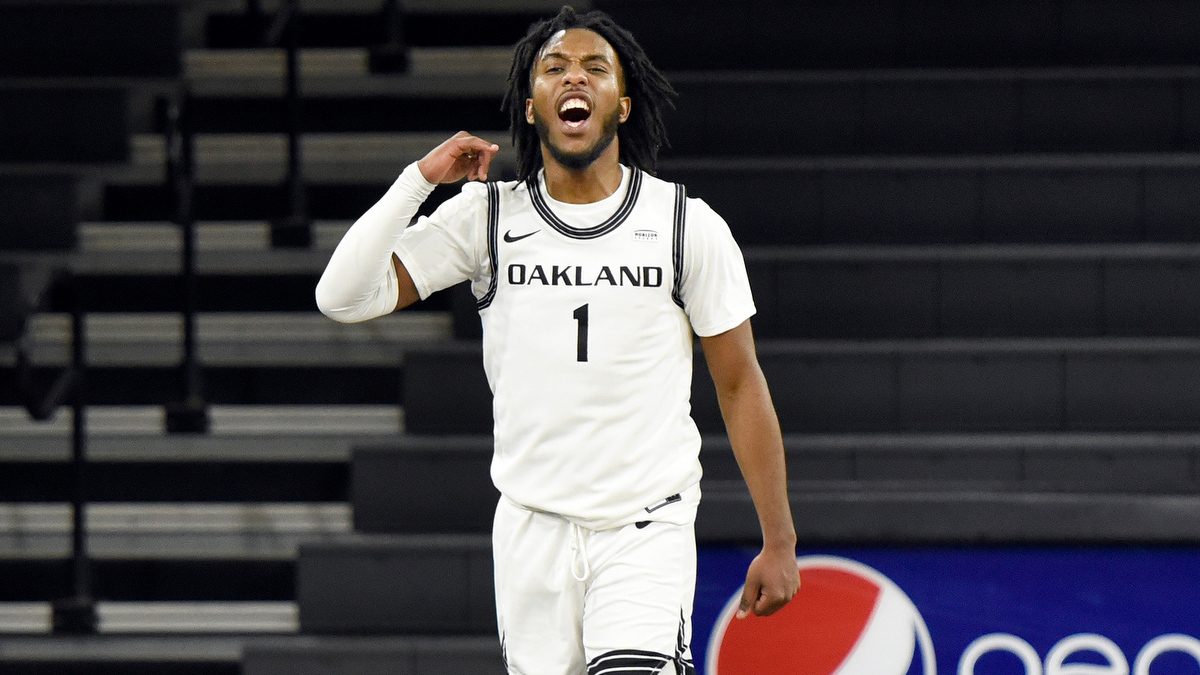 Rashad Williams, a talented scorer and well-traveled guard, is headed to Arkansas-Pine Bluff.

Veteran guard Rashad Williams has found a new home — his fourth college stop — and he’s headed to an HBCU.

Williams has committed to playing at the University of Arkansas at Pine Bluff following one season at St. Louis.

The Detroit native was a star at Wayne Memorial High School where he averaged 23.7 points, 5.1 rebounds and 6.7 assists as a senior, shooting .503 from 3-point (77-of-153) range. He took his talents to Cleveland State University where he played in 31 games (including nine starts) as a freshman during the 2017-2018 season. He averaged 10.8 points, 1.8 rebounds and shot 40.8 percent from the 3-point line, leading the Horizon lead in 3-point shooting while hitting 91 from long-range.

He transferred from CSU after one season to Horizon League rival Oakwood. He averaged 19.5 ppg, 3.1 rebounds and 1.8 assists in 15 games that season. The following season he started 25 of 28 games he appeared in, averaging 13.6 points, 1.5 rebounds, 0.9 assists, and 0.8 steals in 28.5 minutes — leading the Horizon League in 3-point makes before hitting the transfer portal once again.

Williams landed at St. Louis, but never really caught on. He scored nine points in 23 minutes back in December and never scored as much nor saw the floor more than that for the duration of his time there. He averaged a career-low 2.2 points and shot just 25 percent from the 3-point line.

Rashad Williams will look to finish his career on a high note, adding scoring punch to an upstart UAPB program hoping to make some noise. He won’t have to do it alone as UAPB has brought back talented guard Shaun Doss via the transfer portal as well.