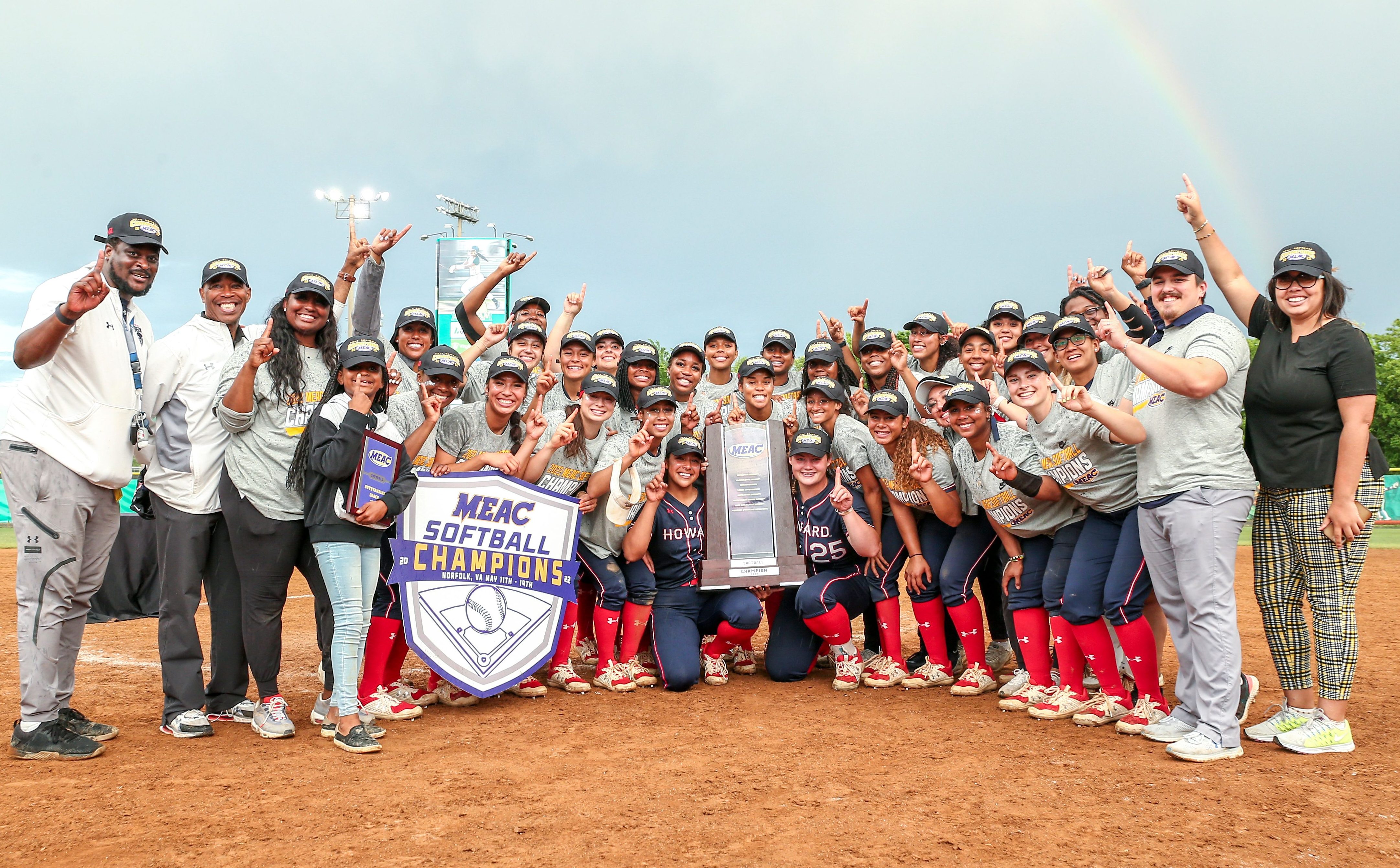 Bison earn the automatic bid into the NCAA Softball Tournament.

NORFOLK, Va., May 14, 2022 – No. 2 Howard University defeated No. 1 Morgan State twice on Saturday to win the 2022 Mid-Eastern Athletic Conference (MEAC) Softball Championship. It is Howard’s second MEAC title and first since 2007.

With the win, the Bison earned the MEAC’s automatic bid into the 2022 NCAA Softball Tournament and will find out where they play next when the 64-team field is revealed on Sunday at 7 p.m. on ESPN2.

Analise De La Roca, the tournament’s Outstanding Performer, dominated in the pitcher’s circle to get the Bison the championship trophy. She tossed two complete games to improve to 15-7 on the season. In game one, she pitched a three-hit shutout and struck out four batters and followed that performance with an eight-hit, four-run (two earned) in the nightcap.

Howard (31-22) hit well in the first game, tallying eight hits before they scored a single run and finishing the game with 12 hits.

All five Bison runs came in the fourth inning. Jade Green walked with the bases loaded to score Payton Quinonez then Camille Navarro followed with a two-RBI single up the middle to put Howard up 3-0. Green scored on an error and Navarro got home safely on a foul out by Alyssa Vasquez to give the Bison a 5-0 advantage.

In game two, Morgan State (31-15) jumped out to a quick 2-0 lead after a throwing error by De La Roca that allowed Tayven Rousseau and Asia Thomas to score. But Howard wasted no time getting on the board after a single down the left-field line by Xzarria Simmons.

Howard picked up two runs in the bottom of the third to go up 3-2, but the Lady Bears took the lead (4-3) in the top of the fifth on a two-run home run to left field by Melissa Paz. Not to be outdone, the Bison got a timely bunt from Simmons to tie the game at 4-all.

An RBI single by Lealani Ricks drove in Greene to break the tie and end the scoring for the game.