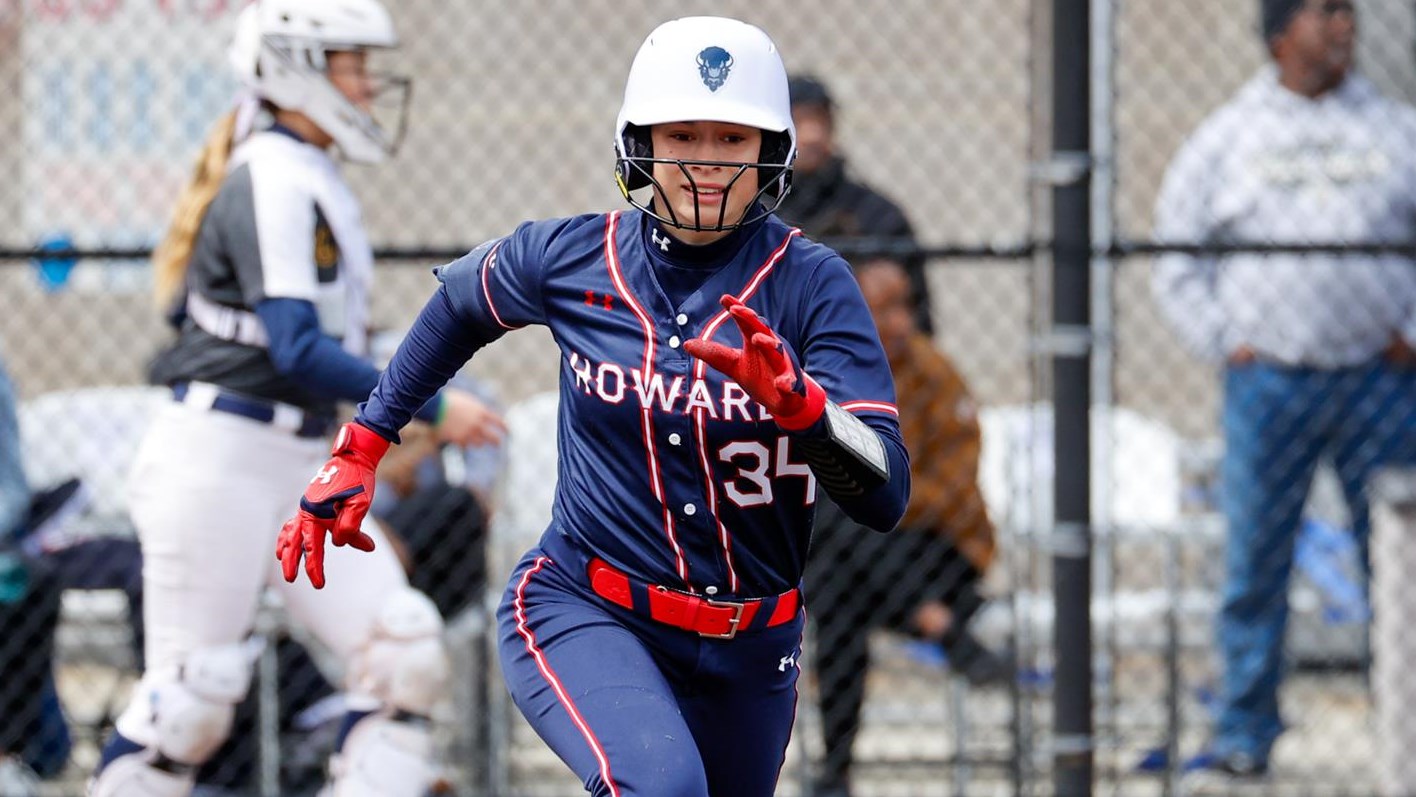 Howard will have to beat Morgan State twice on Saturday to win the championship.

NORFOLK, Va. (May 13, 2022) – Freshman outfielder Payton Quinonez (Tulare, Calif.) delivered arguably one of her biggest hits in her young Bison career, sending the No. 2 Howard University softball team to the Mid-Eastern Athletic Conference (MEAC) Title Game with a walk-off RBI-single against rival No. 3 Norfolk State (NSU), 8-7, at NSU Softball Field.

Both squads were deadlocked in the seventh, 7-7, and with two outs, senior Xzarria Simmons (Escondido, Calif.) jumped the Bison rally with a single to short. Up next, rookie Alyssa Watson (Eastvale, Calif.) reached base on a dropped third strike where Simmons advanced to third. With two outs and runners on the corners, Quinonez drilled her first pitch at-bat to center to bring home Simmons and send the Bison to Championship Saturday.

HU registered eight runs on six hits, led by Quinonez going 2-of-4 with a run scored and walk-off RBI-single.

Howard jumped out to an early 3-0 advantage after one, but the Spartans responded with a four-run second inning and took their first lead of game, 4-3.

NSU extended its lead with an unearned run in the fourth, 5-3, but senior Maxie Harrington (Vacaville, Calif.) scored on a passed ball and pulled the Bison back within one after four innings of play, 5-4.

In the sixth, NSU reclaimed the upper hand after a two-run double from Lily Potter, 7-5, but senior Camille Navarro (Los Angeles) answered with a two-run single and tied the game again after six, 7-7.

For NSU (34-23), they saw their 2022 campaign come to an end after setting a program record for wins in a season during the Div. I era (34). Potter had a game-high three RBIs in the loss.

With a victory, HU advances to the title game where they will face top seeded Morgan State (MSU) in a rematch. First pitch is set for 9 a.m. and will be streamed live on the MEAC Digital Network via YouTube.

For Howard to win its second MEAC title, the Bison must defeat MSU twice on Championship Saturday.