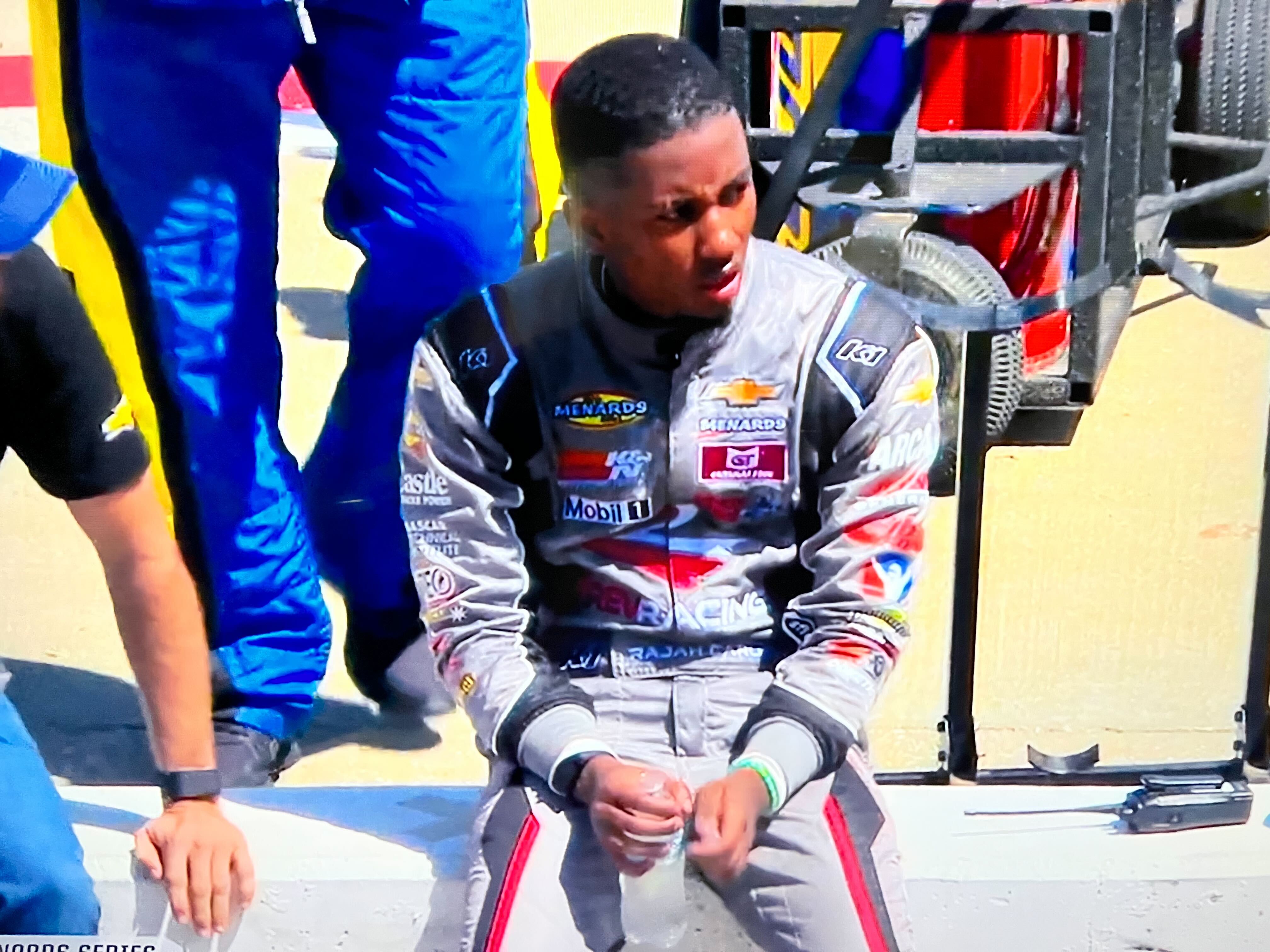 The WSSU student is inching closer to his first win in the series.

In his first career race at Kansas Motor Speedway Rajah Caruth almost pulled off the win. The Winston-Salem State University student finished second in the Dutch Boy 150 ARCA Menards Series race on Saturday afternoon, a career best for him.

Caruth finished second to Rev Racing teammate Nick Sanchez whom he led earlier in the race. The two teammates ran 1-2 for the last quarter of the race but Caruth wasn’t able to get by the No. 2 car. Sanchez has won the last two races in the ARCA National Series.

Earlier in the race however Caruth did drive by his teammate after going up to the top groove of the racetrack. Later he would lose position when a lapped car pulled in front of him exiting the corner causing Caruth to hit the breaks. Sanchez seized the opportunity and shot through an open gap to pass Caruth for position.

Teammates fight it out until the end

On the final restart of the race following a caution the Rev Racing teammates had worked themselves into the top two positions. Caruth found momentum on the high side of the track but Sanchez started running the same line creating “dirty air” that disrupted Caruth’s handling. It was impossible to pass at that point and without the benefit of a caution and another restart Caruth settled for second spot.

Not bad at all for his first race at Kansas. During the broadcast the announcers discussed how Caruth was frustrated at practice as he was still learning his way around the track. Caruth qualified in eighth place to start the race, a full six miles per hour slower than pole winner Corey Haim. But Caruth found the speed on race day and managed to lead one lap during the race.

“They (Rev Racing) worked really hard the last couple of weeks getting ready for this, bringing two fast race cars and you know, it sucks to finish second. But, I mean, you can’t do much when we were all wide open on the top there. I felt like I had the best car on long runs, but once we all kind of went to the top, it’s really hard to pass,” Caruth said after the race.

Caruth’s next race in the ARCA Menards series will be May 27 in Charlotte on the Coca-Cola 600 race weekend. His No. 6 car will be sponsored by WSSU for that race. A WSSU alumni tailgate is planned before the 6pm race.

Caruth continues to lead the standings in the ARCA series.