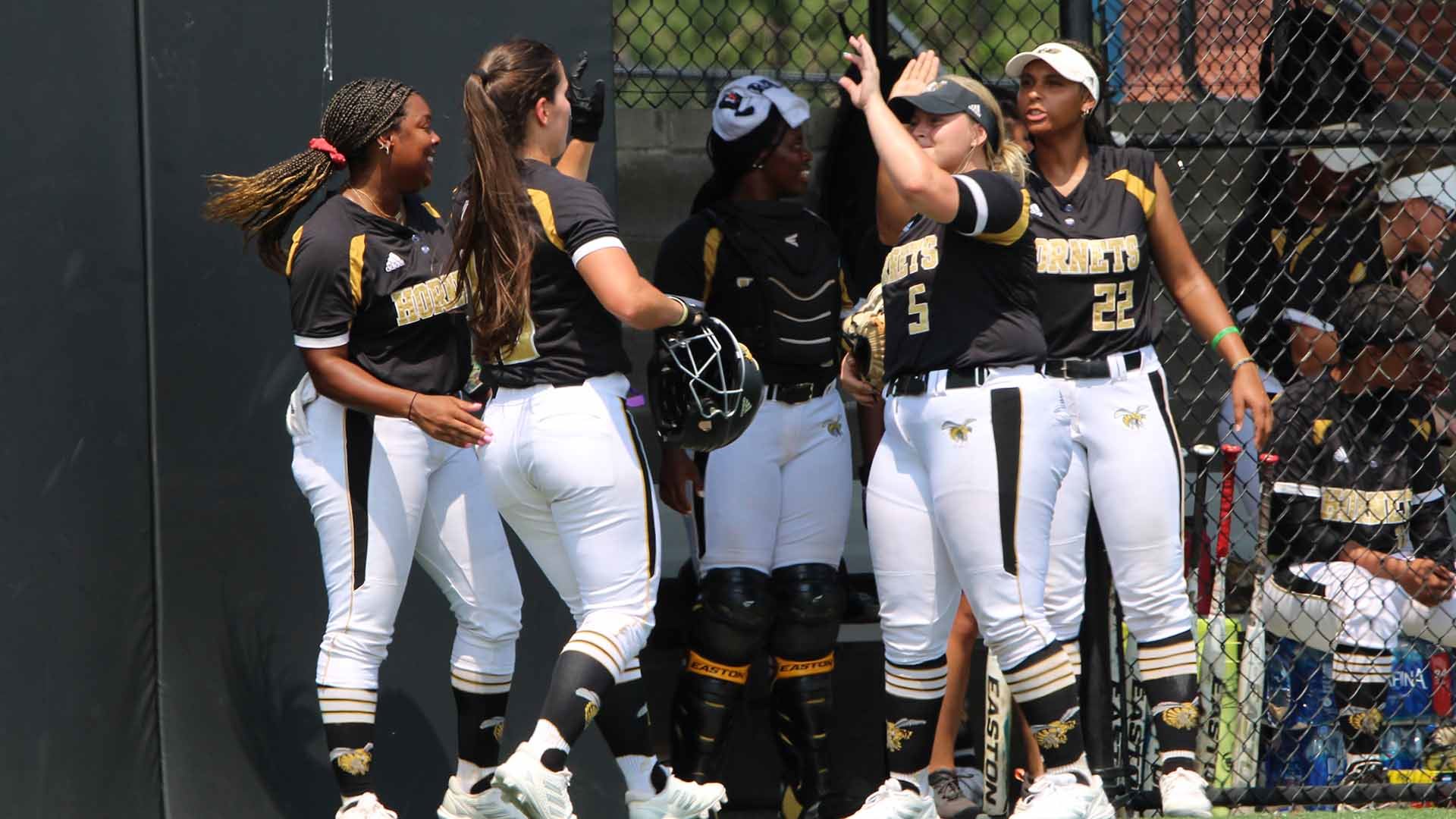 Hornets get wins over Jackson State and Prairie View A&M

GULFPORT, Miss. | Alabama State softball battled two different opponents and an hour-long weather delay to pull out a pair of wins to advance to the Southwestern Athletic Conference (SWAC) championship game on Friday. The Hornets pulled away from Jackson State in the opening game of the day for an 8-5 victory before beating previously unbeaten Prairie View A&M 6-2 in the nightcap.

In the opener, Alabama State was held to just seven hits with Alex Massie (Pottsboro, Texas) the lone player recording multiple hits as she finished 2-for-3 with a run scored. Jazmine Dodd (Bentonville, Ark.) and Jaeda Gardner (Pike Road, Ala.) each picked up a pair of RBI in the win. Bailey Greenlee (Snohomish, Wash.) picked up the win to push the Hornets into the championship round, with a complete game effort giving up five runs (all earned) on nine hits with a pair of strikeouts.

Kindall DeRamus (Helena, Ala.) led Alabama State at the plate in the win over Prairie View A&M, finishing 3-for-4, while Alex Preston (Stockton, Calif.) went 2-for-4 with a double. Ashley Pye (Stockton, Calif.) picked up the win, working 4.0 innings and allowing two runs (both earned) on just one hit with six strikeouts, while Greenlee picked up the save working 3.0 innings and allowing just two hits with four strikeouts.

How It Happened (Game 1 vs. Jackson State)

How It Happened (Game 2 vs. PVAMU)

Up Next
Alabama State softball and Prairie View A&M meet in the championship game Saturday morning, with first pitch scheduled for 11 am.

277
The Latest in HBCU Sports and Culture