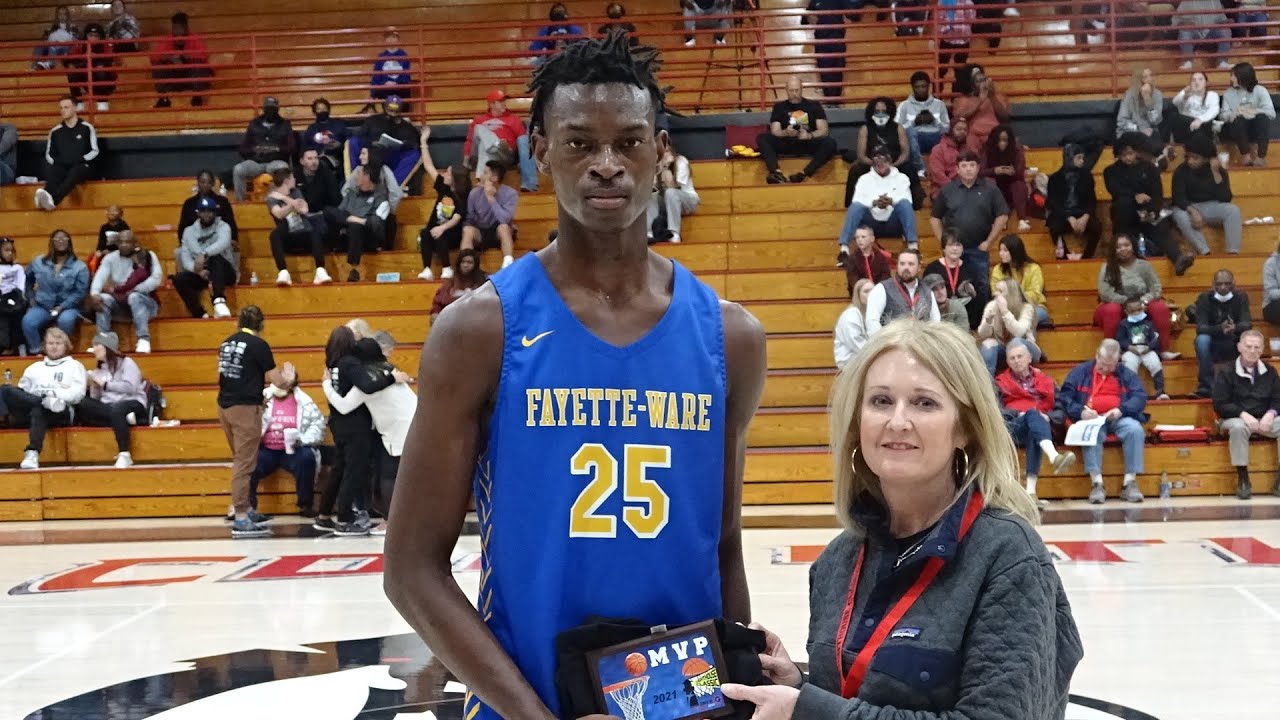 Yet to name a men’s head basketball coach, SC State is now embroiled in another story drawing national attention about recruit, JaSteven Walker (above). .

SC State, without a basketball coach since Tony Madlock left after one season for Alabama State a month ago, has another issue on its hands.

According to a tweet from Stadium Basketball Insider Jeff Goodman, Madlock’s SCSU recruit, 6-10 JaSteven Walker of Somerville, Tennessee, requested his release from his National Letter of Intent on April 11, immediately after coach Madlock left for ASU. Goodman says SCSU didn’t give an answer to Walker’s request until this past Sunday, when it was denied.

Goodman referred to the matter as “some BS.”

In another tweet, Goodman implored SCSU Athletics Director Stacy Danley to “Just do the right thing and let him (Walker) go.” Goodman also said in the tweet that “the school’ wants Walker to meet with the new head coach” while noting that SC State has not named a head coach since Madlock’s departure.

HBCU Gameday’s efforts to reach out to Danley to see who made the decision to deny Walker’s request and if there was a timetable to hire a new coach were unsuccessful on Thursday.

A deal he could not and did not refuse

Madlock, 52, left after just one year at South Carolina State to take over at ASU after their former coach, Mo Williams, left after two years to become the new head coach at Jackson State. Williams was hired by JSU Athletics Director Ashley Robinson when Wayne Brent retired after nine seasons.

Madlock, a former Memphis assistant under Penny Hardaway, is an intense, high-energy coach, whose coaching style helped turn a 1-17 SC State team at the bottom of the conference standings to a 15-16 (7-7 in league play) MEAC contender. He was a finalist for the Joe B. Hall Award given to the top first-year coach in Div. I.

Attempts to reach Madlock to see if Walker intends to join him at Alabama State were also unsuccessful.

According to sources, Madlock, who was promised a full complement of scholarships and additional personal items, never signed his contract at SC State after those things never materialized.

648
The Latest in HBCU Sports and Culture