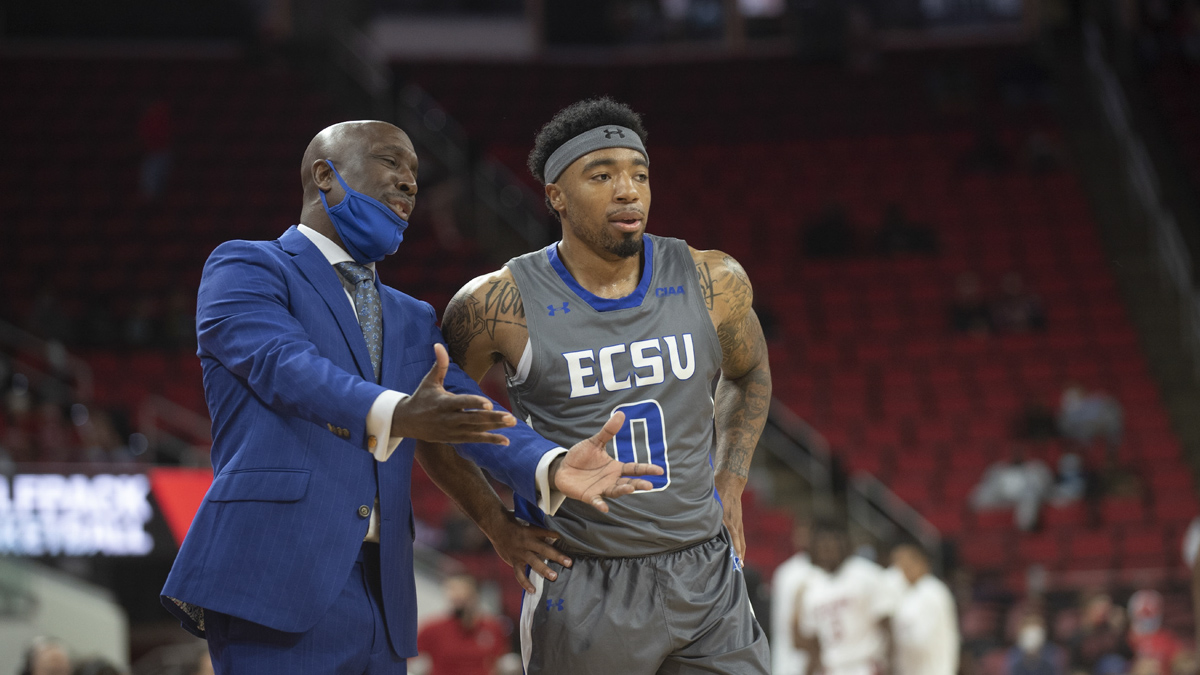 Elizabeth City State basketball will have a new leader next fall as it has parted ways with Shawn Walker Sr.

The Elizabeth City State men’s basketball program is moving in a new direction.

Multiple sources indicate that ECSU has parted ways with Shawn Walker Sr. on Thursday after three seasons as head coach, and officials confirmed the information in a statement.

“Earlier today, ECSU parted ways with former men’s basketball coach Shawn Walker.  We wish Shawn the best in his future endeavors and appreciate his time with the Vikings.”

This was Walker’s second stint as head coach at his alma mater.

Walker led Elizabeth City State to a 40-46 record since taking over the program again in 2018, including a 14-13 mark during the 2021-2022 season. His teams registered just one win in the CIAA Tournament, a one-point victory over Winston-Salem State in his first season at the helm. Last season was the program’s only one above .500 during his most recent stint.

Walker was brought back to his alma mater by George L. Bright nearly four years ago. In March, Bright was let go by ECSU, and former Winston-Salem State University assistant AD James Dubose was named interim director of athletics and is expected to assume the position permanently.

Prior to his latest stint at his alma mater, Walker spent three seasons as head coach at Grambling State University. He led GSU to a 25-68 record during his stint there — including a 16-17 record during the 2016-17 season. However, GSU chose not to renew his contract.

The Roper, NC native played his college basketball at ECSU in the 1990s before getting into coaching. He coached the women’s basketball program for one season (2001-2002) before taking over as men’s head coach. Walker compiled a 196-172 record in thirteen seasons at Elizabeth City State during his first stint.

812
The Latest in HBCU Sports and Culture