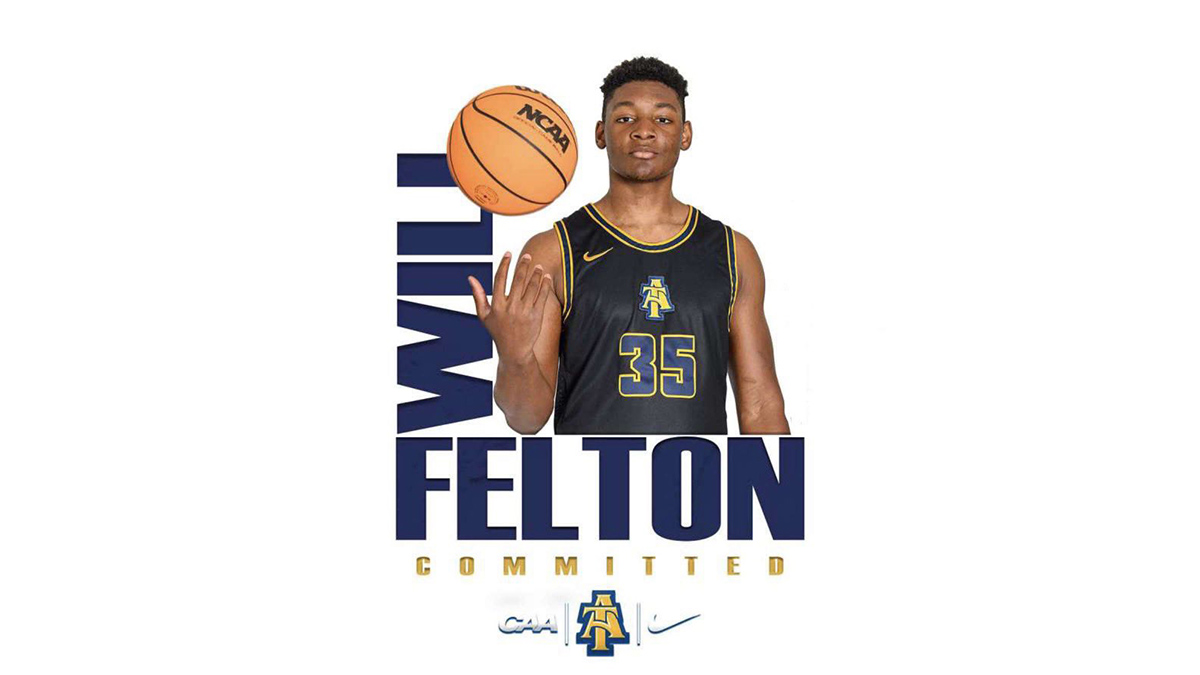 North Carolina A&T has secured the services of Will Felton, a Raleigh native that was a top 15 player in the state a few years ago.

North Carolina A&T just got a big piece added as it preps for its first season in the CAA.

A&T has landed Arizona State transfer Will Felton via the transfer portal. He announced his commitment via Twitter on Tuesday.

A Raleigh, NC native Felton started his career at Millbrook High School, where he was on track to break career points and rebounds records and was rated as a top 15 player in the state. He ended up transferring to Hargrave Military Academy in Virginia, where he ranked as the 10th best player in the state in his class. He had offers from Miami of the ACC as well as mid-majors like UNC Greensboro, Mercer, Appalachian State and many others, but he gravitated toward the staff at ASU.

“I had been talking to (assistant) coach (Anthony) Coleman for a while,” he told 247 Sports after his commitment in 2020. “He had gave me information on Arizona State. I had not only talked about it with my family, I had researched it myself. After I talked to them on ‘Zoom’ we talked to them about what the basketball side is like, and what it’s like being a student. I had talked with most of the staff and liked the atmosphere they had and thought it would be a good fit for me.”

Felton never saw any action at ASU during his first season. So he’s headed to East Greensboro. North Carolina A&T already has one talented class of 2020 big in Duncan Powell, who also didn’t see any action last season due to lingering injuries. Getting both players on the court along with key returnees would be ideal for head coach Will Jones and his staff as they look to make a statement in their new league.

817
The Latest in HBCU Sports and Culture